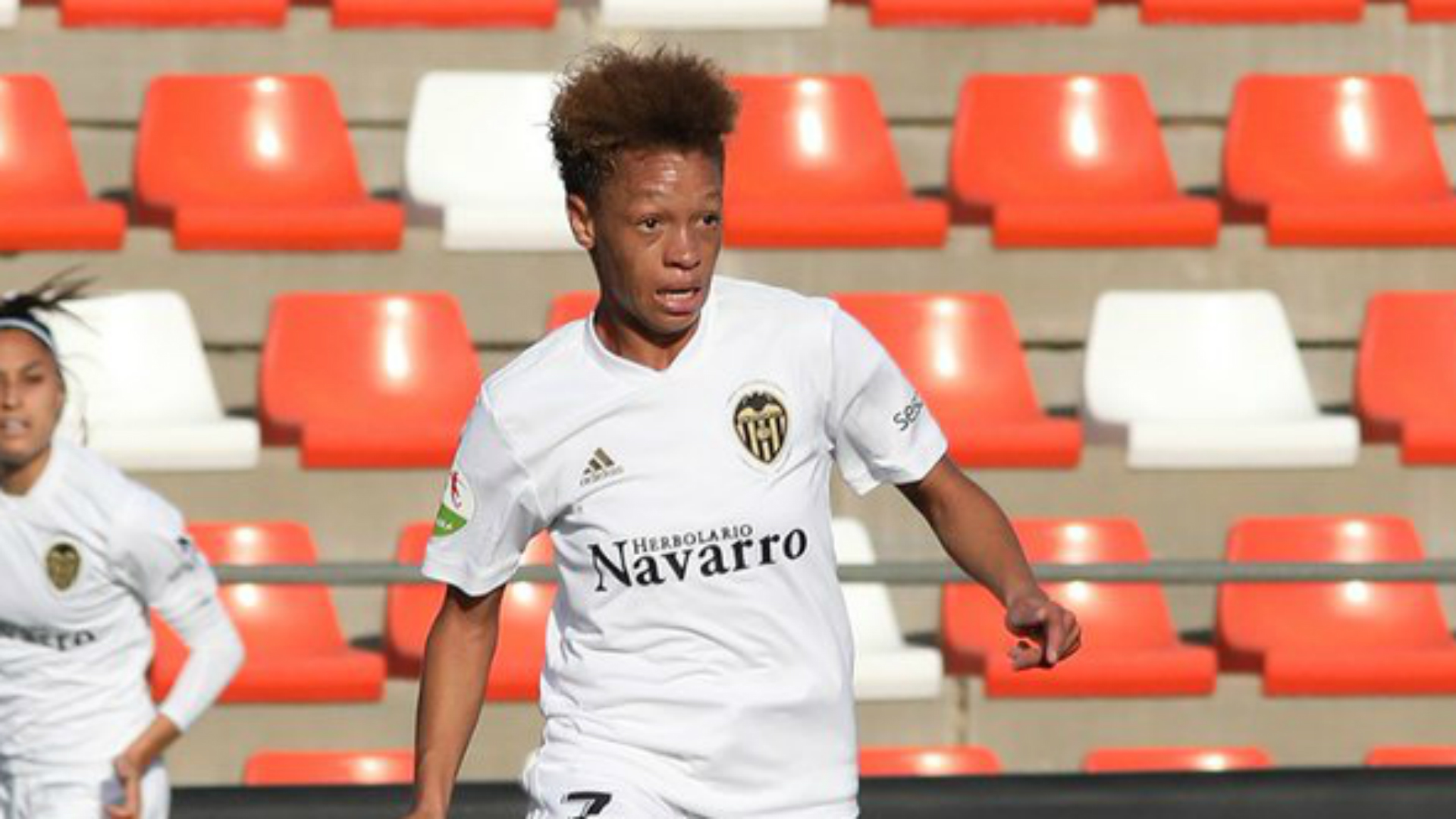 The Namibia international becomes the latest addition to Cristian Toro’s team ahead of the commencement of the season in September after ending her journey with rivals Valencia in May.

In 2018, she started with Zaragoza after arriving in Spain from Lithuanian side Gintra Universitetas, where she scored 110 goals in 31 games and had her first taste of the Women’s Champions League.

The 26-year-old, who joined Valencia from then Spanish top-flight side Zaragoza in 2018, scored 11 goals in 42 appearances for Jose Bargues’ team during her two-year stint at the club.

During her first season, she scored seven goals in 24 matches, including being nominated for the Player of the Week award twice and in her second outing, netted four times in 21 appearances.

The striker is Namibia women’s national team captain and featured at several Cosafa Women’s Cups and also starred at the 2014 Africa Women’s Cup of Nations staged in her country.

Her signing means manager Toro has secured a replacement for Nigeria‘s Uchenna Kanu, who left for Swedish Damallsvenskan side Linkopings as he moved to bolster his ranks for the new season.

OFFICIAL: Spanish club Sevilla have completed the signing of Namibia striker @ZenathaC10 Coleman for the 2020-21 #PrimeraIberdrola season. She will team up with Nigerian-American forward Toni Payne, replacing Uchenna Kanu who left the club in June. #Africa #Nambia #Transfers pic.twitter.com/VlwaQ6tpaw

She will become the second African at the club as she teams up with Nigerian-American striker Toni Payne, who joined from Netherlands Eredivisie women’s champions Ajax in 2018.

Having excelled in Spain, she will be aiming to bring her experience and goalscoring ability to Cristian Toro’s side in pursuit of domestic glory this term, having finished 11th last season.