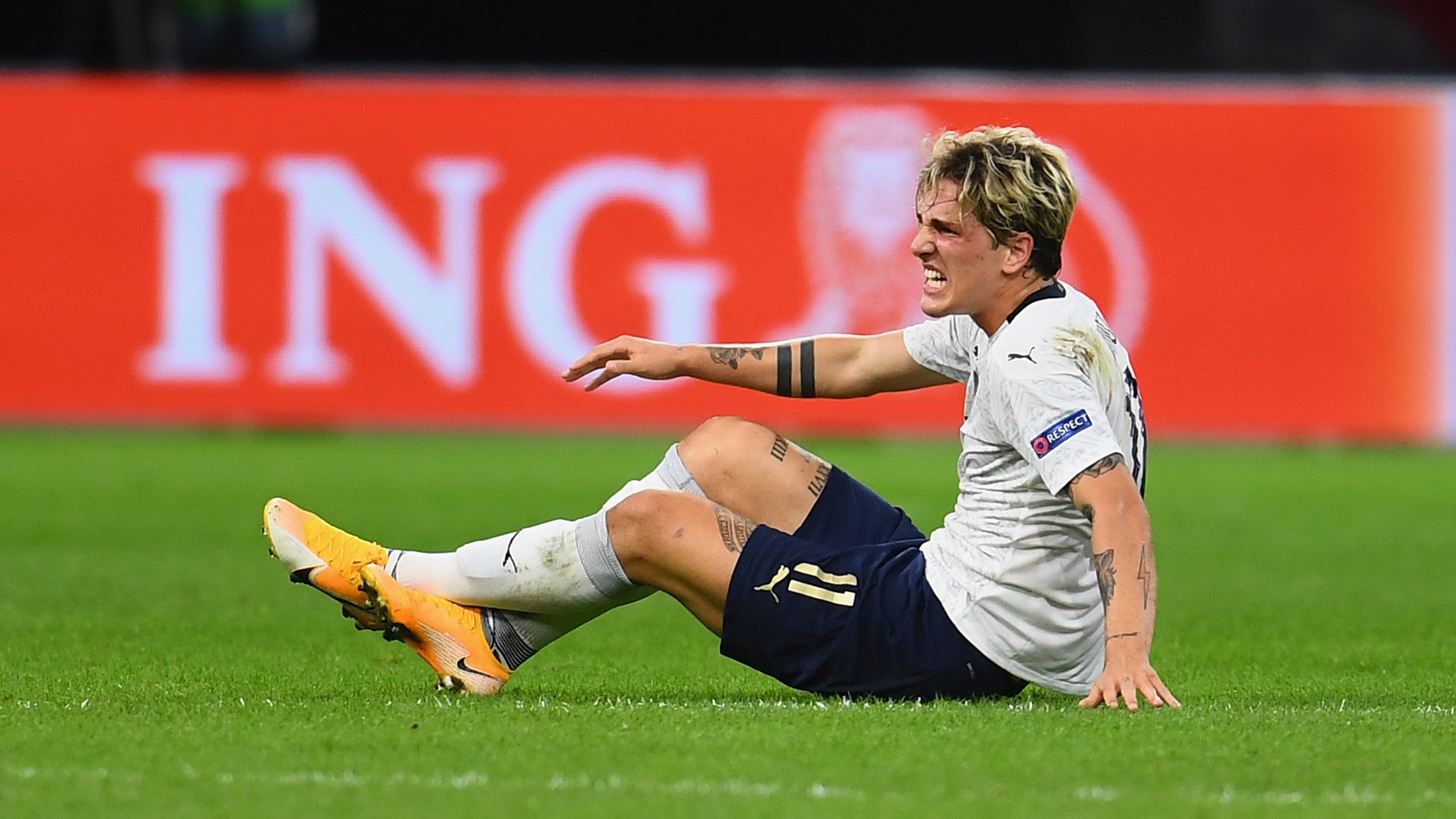 Roma and Italy midfielder Nicolo Zaniolo has suffered a serious-looking knee injury, according to the Azzurri’s doctor.

Zaniolo limped from the pitch in obvious discomfort after an innocuous collision with Donny van de Beek in Italy’s 1-0 win over the Netherlands in Amsterdam on Monday.

The 21-year-old had only recently recovered from surgery on an anterior cruciate ligament tear sustained in January, making eight appearances for Roma in the closing weeks of the prolonged Serie A season.

Italy doctor Andrea Ferretti says the player looks to have suffered “major” damage to his left knee – not the one he injured back in January.

“It looks like a major knee sprain,” Ferretti said to Rai Sport. “It’s difficult to draw comparisons with the other knee because that’s already been operated on.

“It’s a sprain of some importance. He’s coming out of that long rehabilitation process for the other cruciate and he’s obviously worried, as we are, too.”

Champions-League winning coach Fabio Capello has previously said he believes Zaniolo is capable of winning the Ballon d’Or in the future.

“This Roma talent has extraordinary physicality, power and pace, mixed in with quality. He has the potential not just to win the Golden Shoe in future, but something more,” the 74-year-old told Sky Sport Italia last month.

“Kaka didn’t have the same strength as Zaniolo, as he was more technical and expressed himself better in the final third.

“I am in love with Zaniolo, because he has everything at the highest level: power, quality and pace. There are players out there with a lot of potential, but not like him.

“Looking at the assist for Perotti against Juventus, to reach the edge of the area after running from midfield with the ball at his feet and still having the cool head to make that precise pass, that means he has great vision and a really precise feel for the ball.

“I don’t see other young players as good as Zaniolo around at the moment, so yes, I think he has the potential to become a Ballon d’Or winner.”

A header from Nicolo Barella secured Italy’s win over the Netherlands and moved them top of Group A1 in the Nations League.