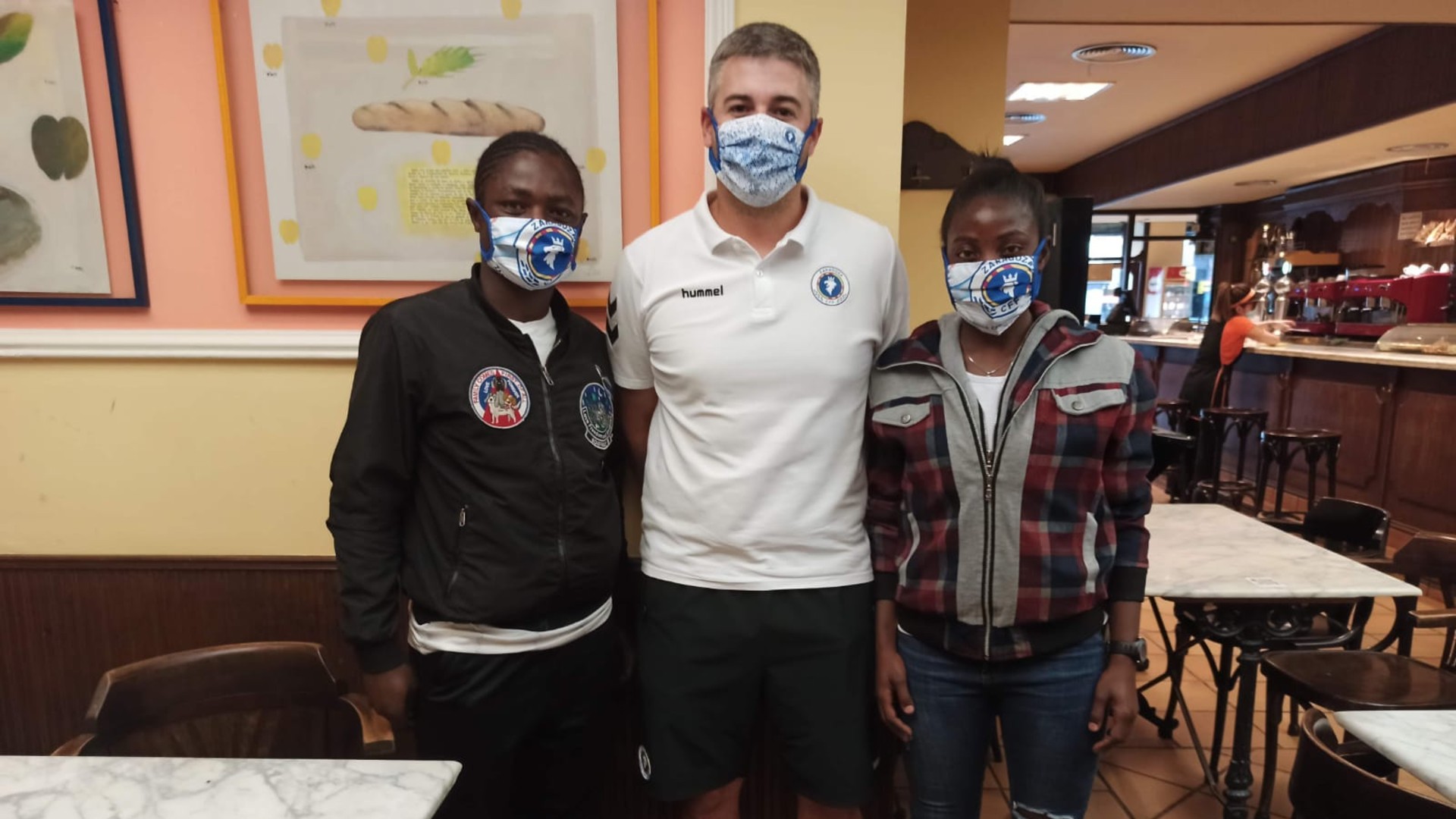 Zambia internationals Hellen Mubanga and Racheal Nachula trained with their new Zaragoza teammates for the first time on Monday.

The Copper Queens strikers left Zambia on Friday and were warmly received by head coach Nacho Bracero in Zaragoza on Saturday evening.

Upon their unveiling to the team by manager Bracero, the Zambian striking duo moved swiftly into action by training on Monday evening with the team at the Mudejar Municipal Sports Center.

The arrival of Mubanga and Nachula at CDM Mudejar completed the list of four Africans signed by the Spanish outfit this summer after Nigeria‘s Peace Efih and Morocco‘s Hanane Ait El-Haj.

Before their move, the Southern Africans played crucial roles in the country’s maiden qualification to the Olympic Games following a shock triumph over highly-rated Cameroon in March.

In Spain, the duo will be seeking to adapt quickly to their new environment ahead of their maiden professional campaigns as Zaragoza face Atletico Madrid in their first warm-game on Sunday.

Zaragoza are eyeing a promotion ticket to the Spanish top-flight and the Zambians will be pivotal in their ambitions when the new Reto Iberdrola season opens on October 18.