Yidah: Midfielder reveals why he signed for Nairobi City Stars 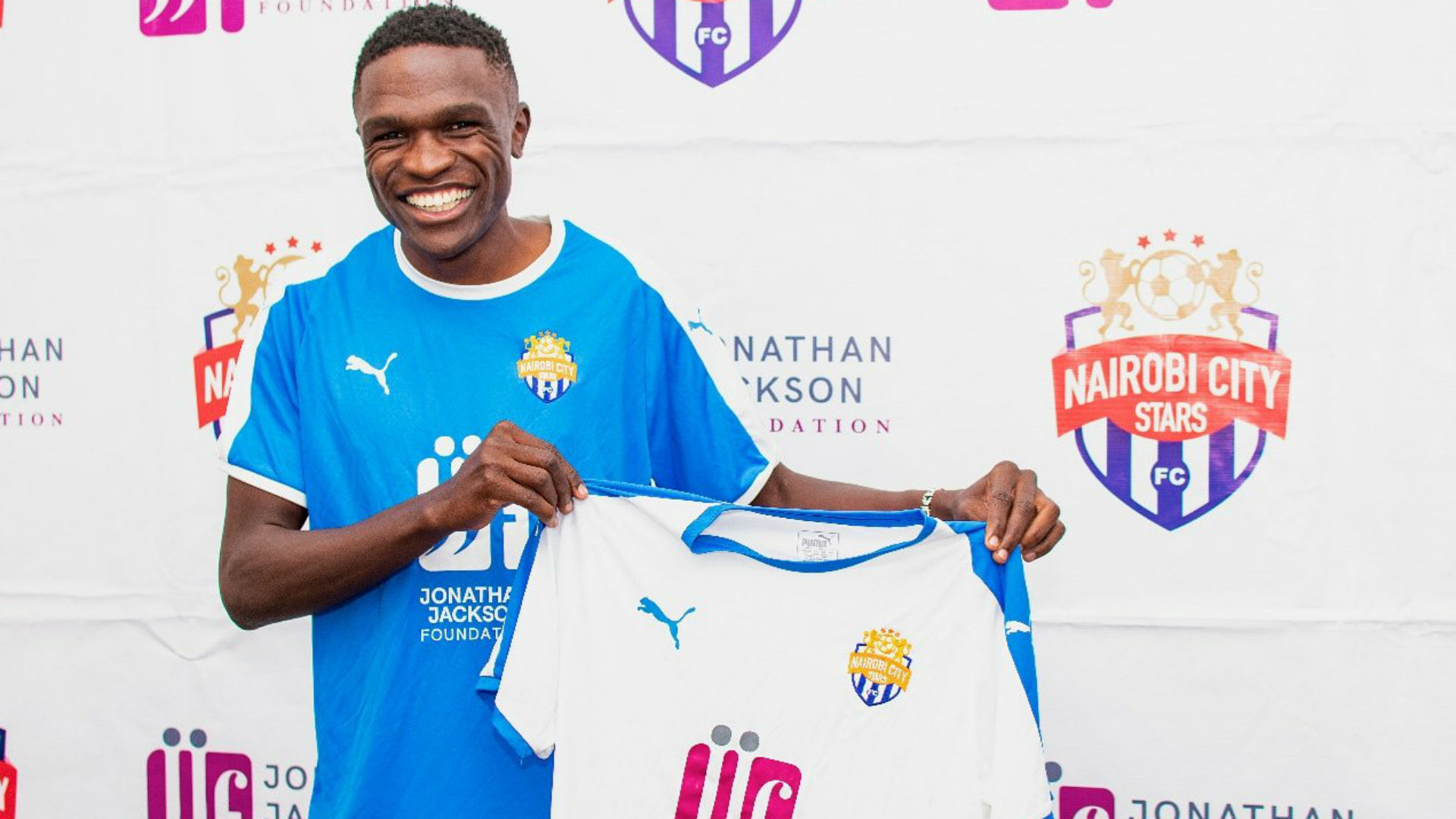 New Nairobi City Stars signing Sven Yidah has revealed he signed for the team because he wanted to be part of their project for the future.

The former Kariobangi Sharks midfielder was unveiled on Monday after signing a two-year contract with the Kenyan Premier League (KPL) newcomers.

The Kenya U23 international also explained how his former teammates convinced him to join Simba wa Nairobi.

“I am happy to join Nairobi City Stars,” the towering midfielder told the club’s official portal.

“They have an ambitious project and I am eager to play a part in making it a success.

“I will also be joining my former teammates [Ebrima] Sanneh, Shittu [Salim Abdalla], and Wycliffe [Otieno] who also played a huge role in convincing me to be part of this project.

“I promise to work hard and to be fully committed every day and any day.”

Yidah played for Kariobangi Sharks from 2017 and went on to make close to 100 appearances for the Slum Boys before opting out.

Simba wa Nairobi coordinator Samson Otieno believes the experience amassed by the player will be valuable for his team.

“His defensive acumen was a great attraction to us and he was our number choice,” the official told City Stars’ website.

“The experience he carries from Kariobangi Sharks will be of great value to City Stars. I welcome him on board.”

Club CEO Patrick Korir revealed in an earlier interview with Goal that more signings are on the way to ensure the team remains competitive in the top tier.

“We want to bolster our defensive department especially in goalkeeping; so yes, we will add more players,” he said.

“We are going for quality players who will help the team be competitive, not just any available player.

“We have actually done one senior team signing and that is Erick Ombija who joined us from Gor Mahia and we still have few positions to fill in the senior squad, keeper, centre back, defensive midfielder, and two wingers, and then we will be good to go.”