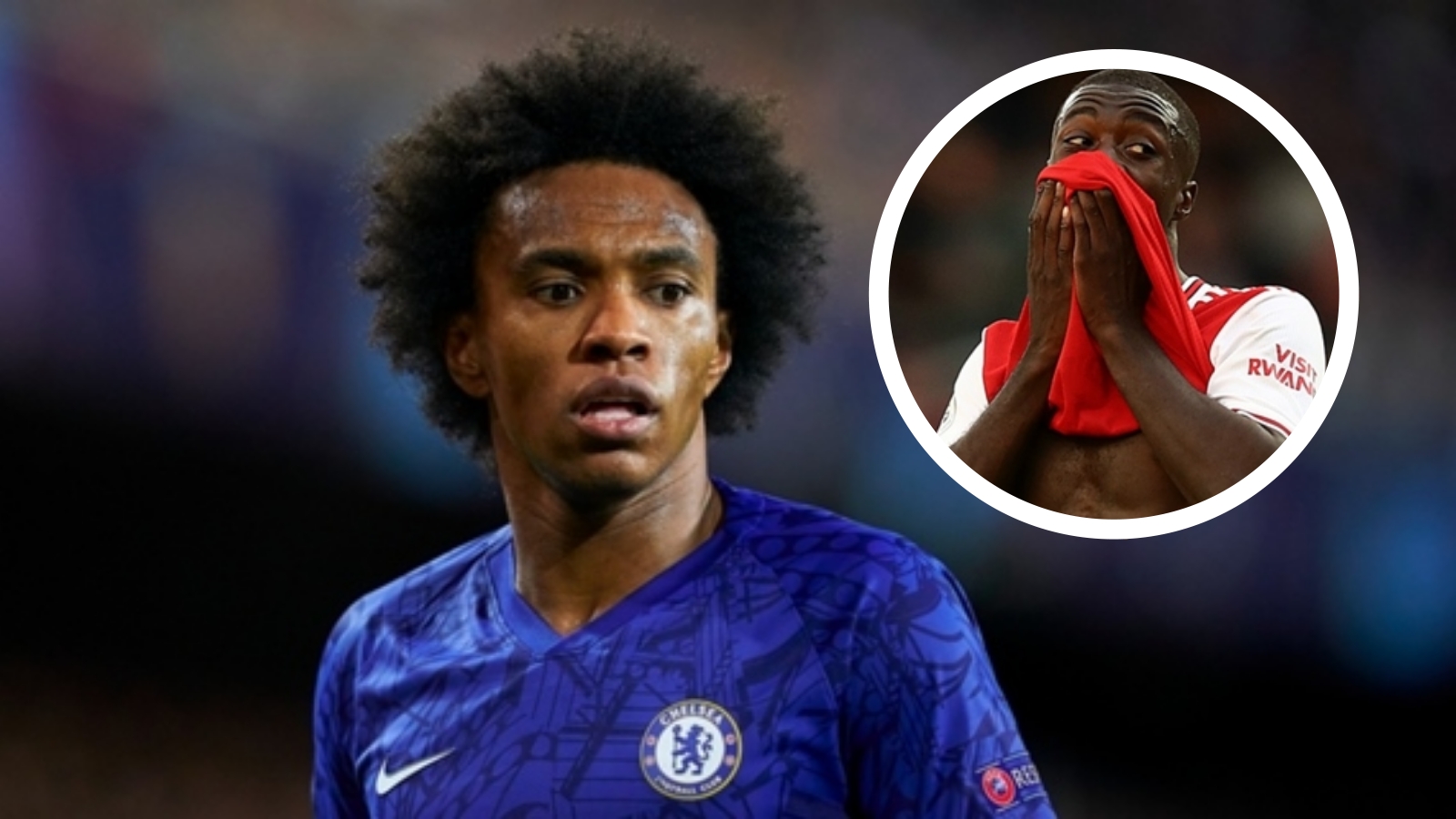 Snapping up Willian if the Chelsea forward hits free agency is a “no-brainer” for Arsenal, says Perry Groves, with the Brazilian considered a better option in a wide role than club-record signing Nicolas Pepe.

The Gunners splashed out £72 million ($90m) on an Ivory Coast international forward during the summer of 2019.

Pepe did offer glimpses of what he is capable of, but a debut campaign in English football proved testing for a man who ended up with just eight goals and 10 assists to his name.

Having invested so much faith and funds in the 25-year-old, Arsenal can be expected to persist with a big-money buy.

They are, however, exploring their options when it comes to bringing in even more firepower.

It could be that a proven Premier League performer can be lured across London from Stamford Bridge, with Willian approaching the end of his contract at Chelsea.

Groves believes Mikel Arteta should be in the market for the experienced South American, as he could be an upgrade on Pepe and still has plenty left in the tank despite being 31 years of age.

“Now, because they look after themselves, he’ll be playing until he’s 33 or 34.

“And if you look at his injury record, over the last seven years he’s averaged 33 or 34 games a season, so he’s not injury prone, he’s consistent, he’s got a winning mentality, he will buy into the way that Arteta wants to play, his attitude is good, he plays in the Premier League, so the risk is low and reward is very, very high.

“Is he better than what Arsenal have got at the moment? I’d say yes. He’s experienced.

“Yeah [Willian is better than Pepe]. Yes [Pepe has got great potential] but he’s not on Willian’s level of consistently delivering, he’s had his best goalscoring year.

“Willian would make Arsenal a stronger team, it’s a no-brainer.”

Groves also believes that the Gunners need to be paying club captain Pierre-Emerick Aubameyang whatever he wants in order to sign a new contract, with the Gabonese striker having entered the final 12 months of his current terms.

“I don’t care, as an Arsenal fan, and I know we’re in difficult financial times,” Groves added.

“Some players warrant it and he does because he delivers.”

2020-08-06
admin
Share
Previous Champions League: What has happened so far this season?
Next Omurwa: Defender's move from Wazito FC to Petro Atletico falls through