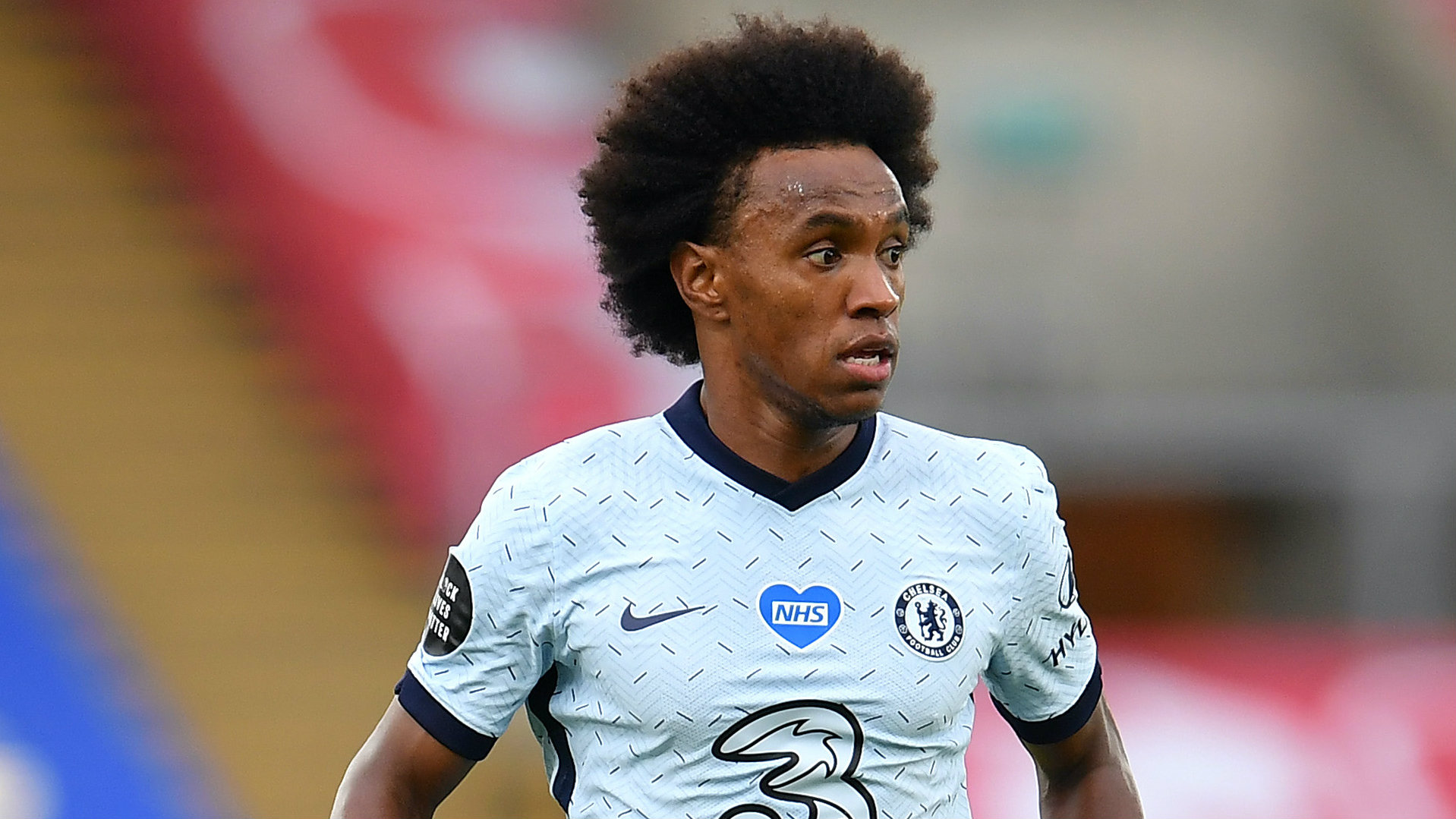 Willian looks set to return for the FA Cup final on Sunday after he sat out Chelsea‘s final league match of the season against Wolves.

The 31-year-old was left out after informing the medical staff of what turned out to be an inflammation of his Achilles tendon.

Having received treatment at Cobham ahead of kick-off along with N’Golo Kante, the pair travelled to the stadium to watch their side win 2-0 against Nuno Espirito Santo’s side at Stamford Bridge and confirm their Champions League status for next season.

“I did treatment until the last minute to be able to be in the field, but this time, unfortunately, it will not be possible. I will be at Stamford Bridge supporting my teammates,” Willian posted to Twitter ahead of kick-off.

Willian continues his recovery but his injury is understood to be relatively minor ahead of the showpiece match at Wembley on Saturday afternoon against Mikel Arteta’s side.

Meanwhile, Lampard has confirmed that Pedro is set to leave the club after being given a final run-out in the behind closed doors setting at Stamford Bridge on Sunday.

“Pedro has played his last game for the club,” Lampard said on Sunday. “The lads have just pretty much serenaded him in the changing room and rightly so because of the career he has had generally and for this club.

“It was his last Premier League game, but the impact he has had here is huge. I want to say a big thanks to Peds and wish him well as he goes forward. He is here for the remainder of games, but a big player of the club leaves and the spirit of the club I saw afterwards was pretty special.”

Both Willian and Pedro have deals running until the end of the season, which is a flexible arrangement to allow them to play in the FA Cup final and Champions League against Bayern Munich, or beyond should they mount an incredible comeback from 3-0 down in the upcoming away leg against the Bundesliga champions.

Serie A side  Roma have a pre-contract arrangement with Pedro agreed upon the completion of the season , while  Chelsea have re-opened talks to keep Willian amid interest from Arsenal and Tottenham, but the length of the contract remains the sticking point.

Among Chelsea’s other injury concerns, Kante was close to a return against Wolves but didn’t make it after a late fitness test, but Lampard will hope to have his star midfielder to face Arsenal.

Billy Gilmour is a confirmed absentee after having surgery on a meniscus injury in his knee and is currently on crutches ahead of what could be a four-month lay-off.

The 19-year-old was also pictured in the stadium on Sundaym sat near Timo Werner who made the trip to London for the first time following his £47.5 million (€52m/$60m) move from RB Leipzig.

“He was here today and I am hoping he would have seen a team play with a lot of spirit and professionalism to get through a game which was potentially very difficult for us,” Lampard added.

“He would have seen a moment like Mason Mount did to break the deadlock, which is a problem we have had this season, control a game, not score and then conceded. We have things we want to improve on.

“I think he would see we have talent in the squad, a real resilience and strong quality in the group and then he can bring his qualities to that. Hopefully it was a nice first viewing for him and we look forward to having him next season.”

Hakim Ziyech is already training with Chelsea following his £37m (€40m/$47m) move from Ajax, and Werner could be introduced into the group this week after returning from his holidays following the completion of the Bundesliga season.