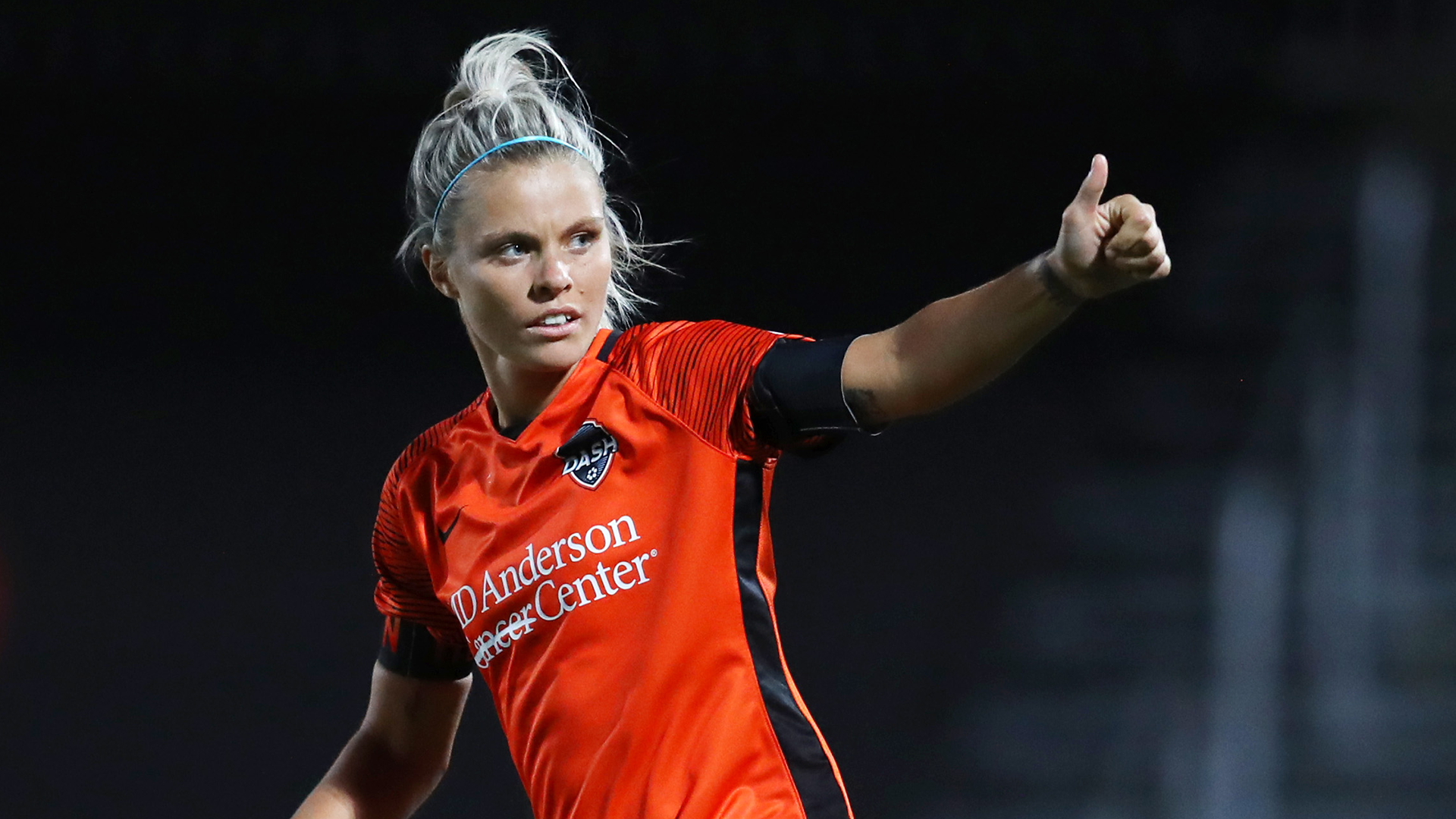 The forward joins the London club on a temporary deal from the Houston Dash, who she captained to NWSL Challenge Cup glory earlier this year

West Ham have announced the signing of England international Rachel Daly on a temporary deal until the end of the year.

Daly arrives from the Houston Dash, who she captained to glory in the National Women’s Soccer League’s Challenge Cup earlier this summer, being named Most Valuable Player of the tournament in the process.

The 28-year-old signed a new deal in the United States before completing the move, one that ties her to the Dash, where she has been since 2016, until 2023.

Now she returns to England, where she last played for Lincoln back in 2012, and could make her Hammers debut this weekend in the London derby with Tottenham Hotspur, subject to international clearance.

“I am very excited to join West Ham United on loan and come and play in the Barclays FA Women’s Super League,” Daly said. “West Ham is a fantastic club with a strong squad, filled with proven internationals and talented youngsters, and I’m looking forward to meeting everyone in the team.

“I’ve known [head coach] Matt Beard for a long time as well and it will be great to work with him in the coming months. I know we have two really big games to kick-off our season, starting this weekend against Tottenham, and I’m really looking forward to getting started.”

Beard has witnessed Daly’s growth into a top player in the States first-hand, having spent time with the Boston Breakers between 2015 and 2016.

He added: “I am delighted to bring Rachel to West Ham. The opportunity to have a proven England international in our squad on a short-term deal was too good of an opportunity to pass up.

“Rachel is an experienced player, proven at the top level of the game, who will fit into our squad perfectly in terms of how we play and what we expect from our squad. I am looking forward to working with her over the coming months.”

Daly was part of the England squad that went to the Women’s World Cup last summer, making five appearances as Phil Neville’s side reached the semi-finals. For her country, she regularly finds herself filling in for Lucy Bronze at right-back.

However, in the United States, she is regularly used either as a right winger or as a No 9, bagging three goals in seven games in the NWSL Challenge Cup.