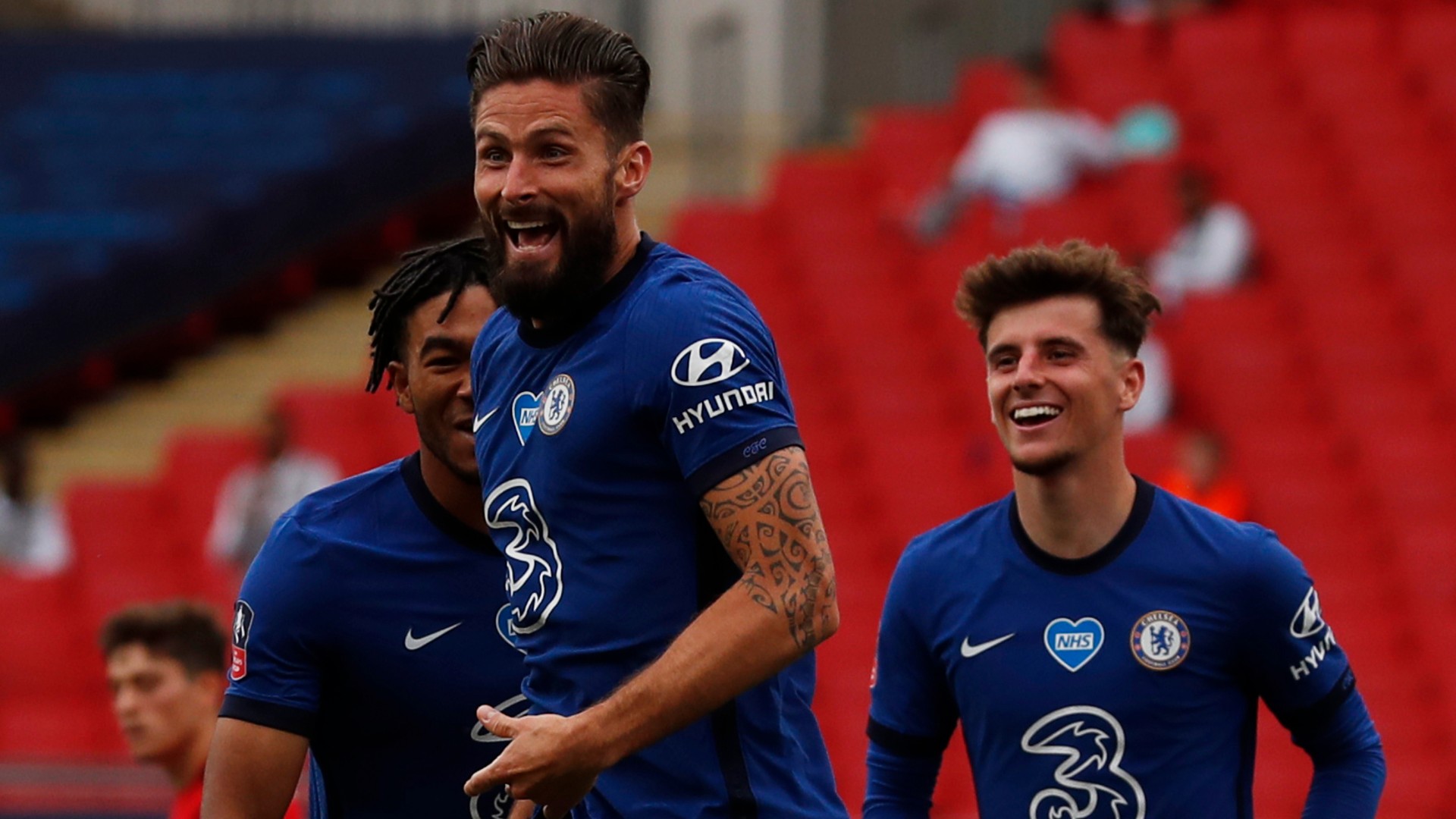 Olivier Giroud is confident he can play a role in Chelsea‘s bid to win the Premier League title next season despite Timo Werner’s arrival.

The French striker scored eight goals in his 18 appearances – only 12 of which he started – in the English top flight last season as Frank Lampard’s team finished fourth in the table.

The 33-year-old’s contract will expire at the end of next season after he signed an extension in May, but he is expected to find playing time even harder to come by after the club signed Werner from RB Leipzig for £47.5 million ($59m).

But Giroud believes he still has a lot to offer the Stamford Bridge outfit as they look to battle the likes of Liverpool and Manchester City for the Premier League crown, insisting he and Werner have different playing styles.

“I haven’t spoken to Lampard. One thing is certain: the competition [in the squad] will pull us all to the top. A great club should have different options in each position,” he said in an interview with Telefoot.

“We want to be in the race for the title and I’m here. I finished the season well and I proved to the manager that he can count on me.

“Werner is not the same profile as me, I hope to have some playing time.”

Giroud was heavily linked with a move away from the London side, with the likes of Marseille and Inter reportedly eager to sign him.

Ex-Marseille and current Lyon boss Rudi Garcia admitted that he tried to lure the former Arsenal star back to Ligue 1 on two occasions recently, but believes England is still the right place for him.

“I called Olivier when I was in Marseille, I also called him when I was in Lyon,” Garcia, who was a guest in the Telefoot studio, said. “But he is good at Chelsea.”

Giroud joined Chelsea in January 2018 after spending six years with Arsenal and has won the FA Cup and Europa League with the club so far.

Lampard’s side begin the season with a visit to Brighton on September 14 before they host champions Liverpool the following week.