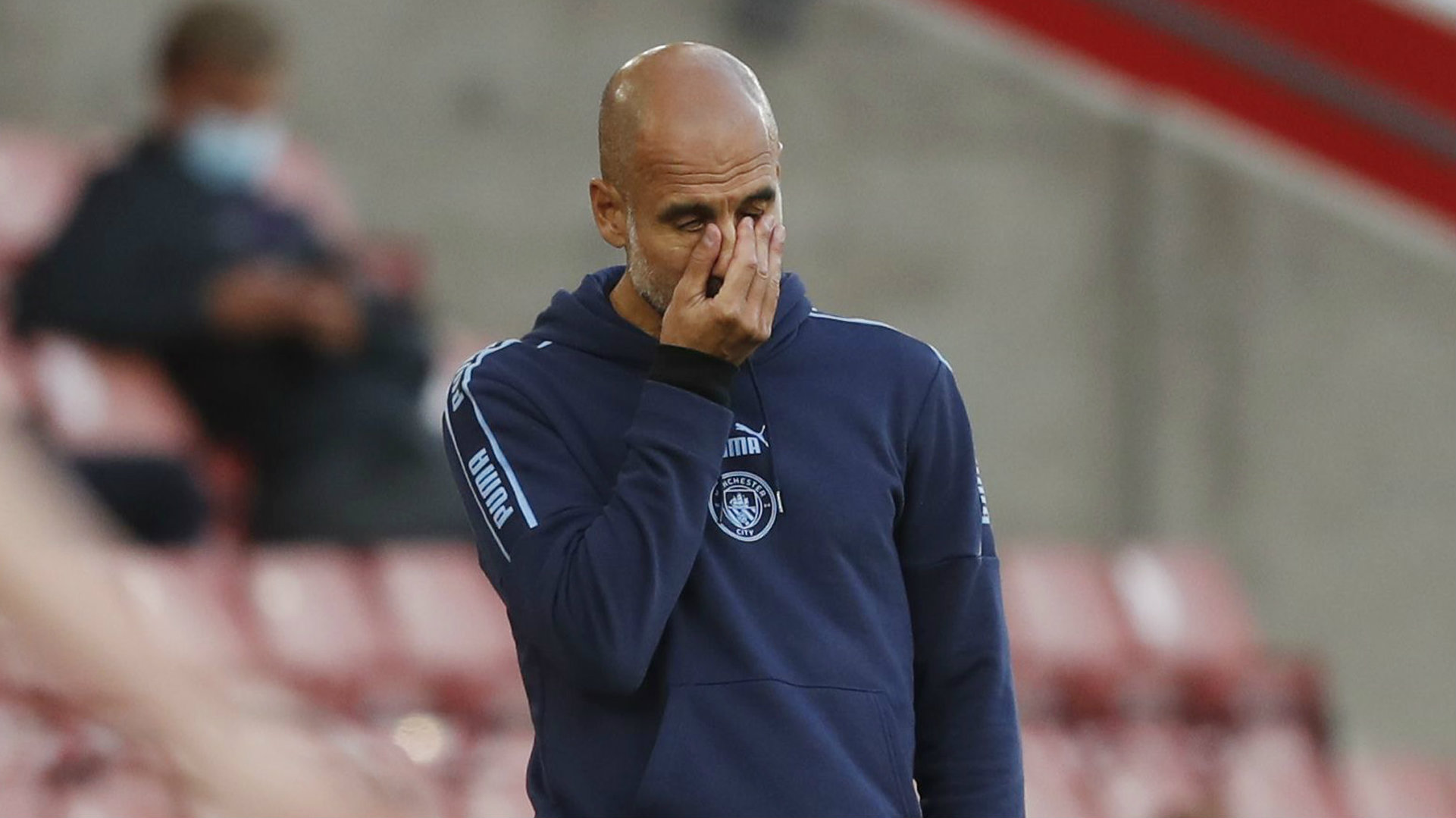 Pierre-Emerick Aubameyang sent Arsenal into the final with two goals, leaving the Catalan fuming at his side’s under-par efforts

Pep Guardiola was left to lament an off-key performance from his charges as Manchester City were sent crashing out of the FA Cup at the hands of Arsenal.

The holders of the trophy were considered favourites for Saturday’s semi-final clash at Wembley, with Guardiola fielding a near-full strength side against former protege Mikel Arteta.

But the Gunners followed up their defeat of Liverpool midweek with another impressive result, downing City 2-0 with a goal in each half from Pierre-Emerick Aubameyang.

That defeat means last season’s double winners are left with just the Carabao Cup from 2019-20, although they remain active in the Champions League when the competition resumes in August.

And Guardiola was in no mood for excuses, admitting that their display, particularly in a muted first half in which his side failed to muster a single shot on target, was simply not good enough.

“We didn’t make a good performance, we were not ready enough,” the coach confessed to  Match of the Day  after the final whistle.

“If you don’t play for 90 minutes in a semi-final this can happen. We didn’t play good, we are human beings. The opponent played good, sometimes it happens.

“The only regret is that we didn’t play the first half like we played the second one. We had to change the set-up but we couldn’t do it.”

City looked sharper after the break, and came close to levelling when Riyad Mahrez was denied by Emiliano Martinez.

Guardiola explained that he called on his charges to show more intensity during his half-time talk, while playing down the importance of his side’s individual errors in the outcome.

“I said we have time, we can do it,” he said of his message in the dressing room.

“Mistakes? It happens, it’s football. Mistakes in front of the goal, it happens. Today that is not the reason.”

City, who are already assured of second place in the Premier League and a spot in next season’s Champions League following Monday’s favourable CAS resolution, continue their campaign with a visit to Watford on Tuesday, before playing their final league clash of 2019-20 the following Sunday at home to Norwich City.