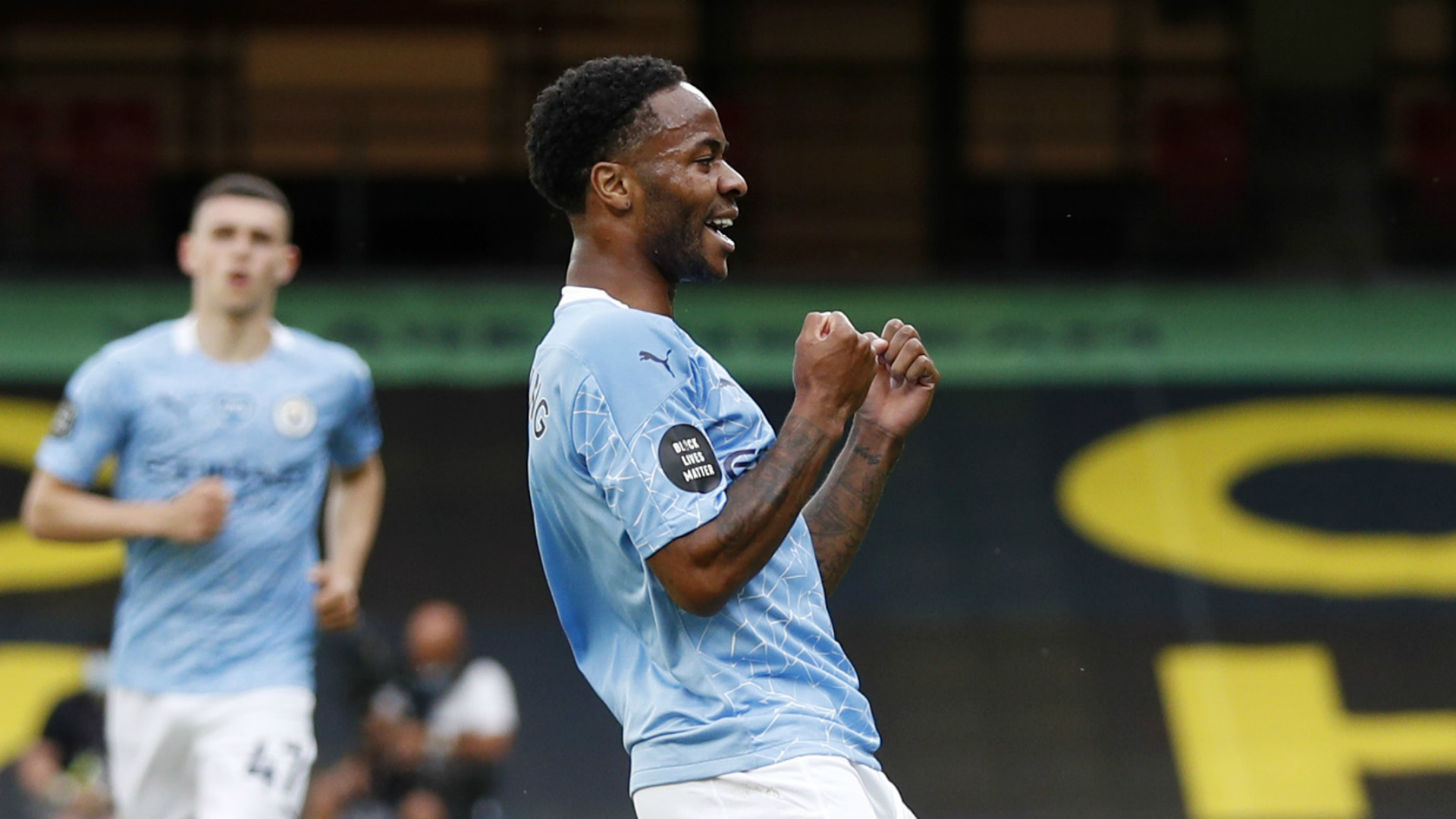 Manchester City were rampant at Watford, where only the home team’s inspired goalkeeper Ben Foster prevented them racking up more goals.

Raheem Sterling and Manchester City found the perfect hangover cure as they shook off their Wembley frustrations to beat Watford 4-0 and equal a Premier League record.

A double from Sterling and second-half goals from Phil Foden and Aymeric Laporte made it a Vicarage Road rout as City threw darts at Watford’s goal, just as they did when winning 8-0 against the same opponents in September.

The outcome meant City matched a Premier League record for the most goals against a single opponent in the same season, equalling the 12 that Blackburn Rovers put past Nottingham Forest in 1995-96 and that Tottenham plundered against Wigan in the 2009-10 campaign.

And three days after losing to Arsenal in the FA Cup semi-finals, it was a reminder that City’s season is far from over, with manager Pep Guardiola no doubt telling his players he expects performances from them leading into next month’s Champions League resumption.

12 – Manchester City have scored 12 @premierleague goals against Watford in 2019/20, the joint-most by a team against an opponent in a season along with Blackburn vs Nottingham Forest in 1995/96 and Spurs vs Wigan in 2009/10. Apathetic. #WATMCI pic.twitter.com/BZzz4l20Q0

When these teams last met, City sped 5-0 ahead inside the first 20 minutes, giving newly reappointed Hornets boss Quique Sanchez Flores, in his second spell at the club, plenty to chew over.

Flores was sacked in December, his successor Nigel Pearson was dismissed on Sunday, and it was former West Ham and Crystal Palace midfielder Hayden Mullins picking the team for this reunion with City as an interim head coach.

Watford, three points clear of the relegation zone going into the final week of the season, must have approached the City game with modest ambitions, given they also lost 6-0 to Guardiola’s team in last year’s FA Cup final.

Sterling made the breakthrough in the 31st minute, given far too much freedom in the Watford penalty area to smash high into the left corner beyond Ben Foster.

The England forward grabbed his second in the 40th minute, winning a penalty when Will Hughes lunged in and then tucking home the rebound after his spot-kick was skilfully parried by Foster.

Gabriel Jesus looked like stretching the lead inside 30 seconds of the second half but failed to beat Foster after running clear, before the goalkeeper, Watford’s most impressive performer by far, kept out a thumping drive from Sterling.

City had won their last 12 games against Watford across all competitions by a 46-6 aggregate, and Foster needed to save well on the hour to deny Kevin De Bruyne when the Belgian’s free-kick looked destined for the left corner.

But Foster continued to be left exposed and despite parrying well from Sterling when City came forward again, the ball bounced out for Foden to roll home.

Laporte headed in the fourth from De Bruyne’s free-kick, before City took their foot off the gas, sparing their hosts further embarrassment and damage in the goal-difference column, which could be key in Watford’s fight against relegation.

City thought they had a last-gasp fifth goal but Jesus was fractionally offside when he headed home, meaning there would be no outright Premier League record.