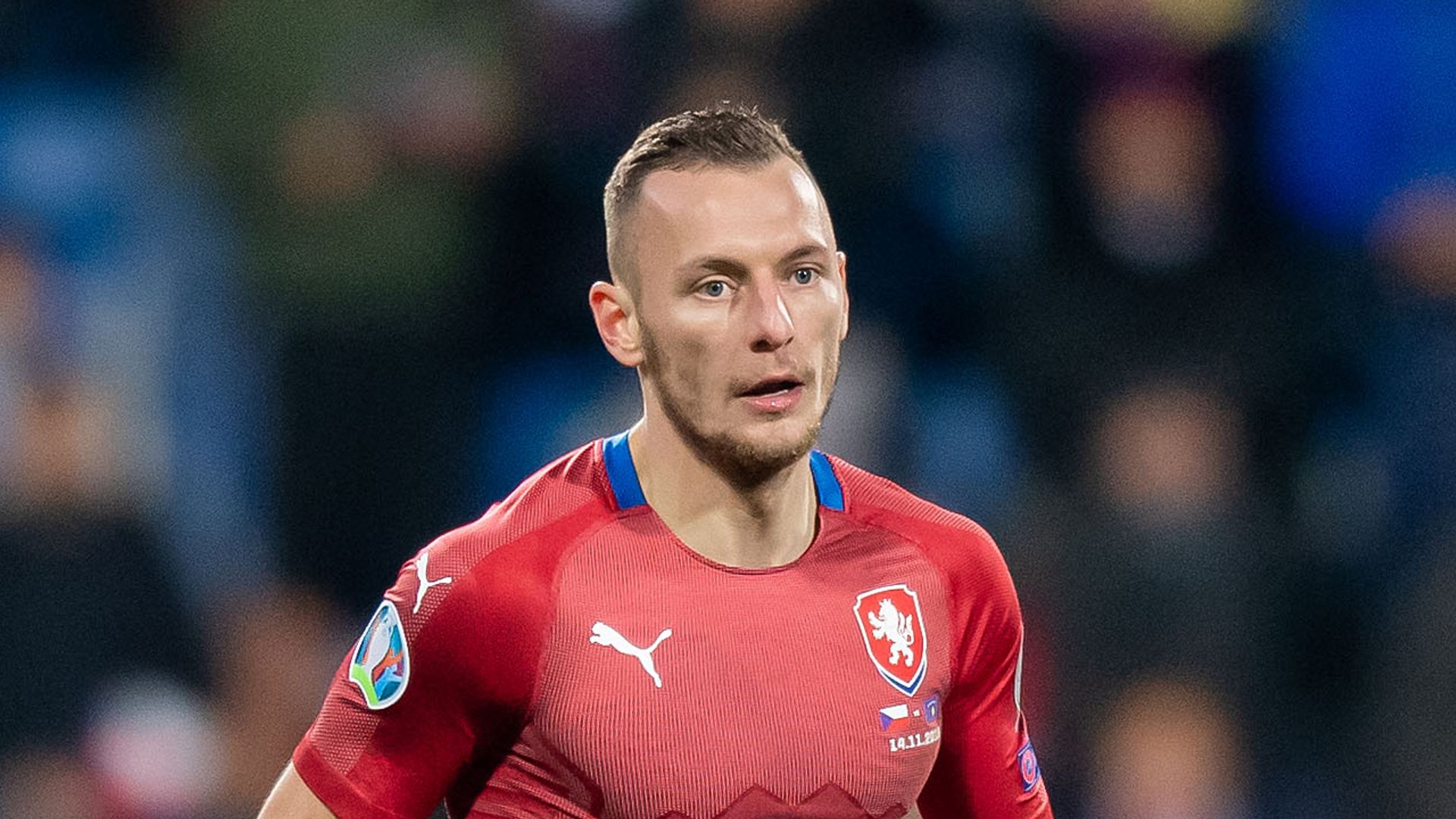 Slavia Prague defender Vladimir Coufal has signed for West Ham for £5m on a three-year contract having successfully completed his medical.

The right-back has won the Czech title twice with Slavia and has played eight times for the Czech Republic, including in their 2-1 win over England in European Championship Qualifying last October.

His deal at the London Stadium, where he will meet up with fellow Czech international and former Slavia team-mate Tomas Soucek, also has the option for a further two years.

Coufal will battle Ben Johnson and Ryan Fredericks – currently out with a hamstring injury – for the right-back berth at the London Stadium.

“I’m very happy I am part of the West Ham family,” said Coufal, who will wear the No 5 shirt. “I know about the interest West Ham had in me for a long time but now finally I am here and I am so happy.”

West Ham also had a bid in the region of £13m turned down by Club Brugge for their captain Hans Vanaken.

The Hammers have failed in their attempts to sign Burnley’s James Tarkowski and St Etienne’s Wesley Fofana during the transfer window but will be boosted by the arrival of 28-year-old Coufal.

The summer transfer window closes at 11pm on Monday, October 5 with a feast of activity lined up on Transfer Deadline Day on Sky Sports News and across our Sky Sports platforms.

A domestic-only window for deals between the Premier League and EFL then runs from October 5 and closes on Friday, October 16 at 5pm. Follow all the news and analysis on SSN and across Sky Sports‘ digital platforms, including with our dedicated Transfer Centre blog.