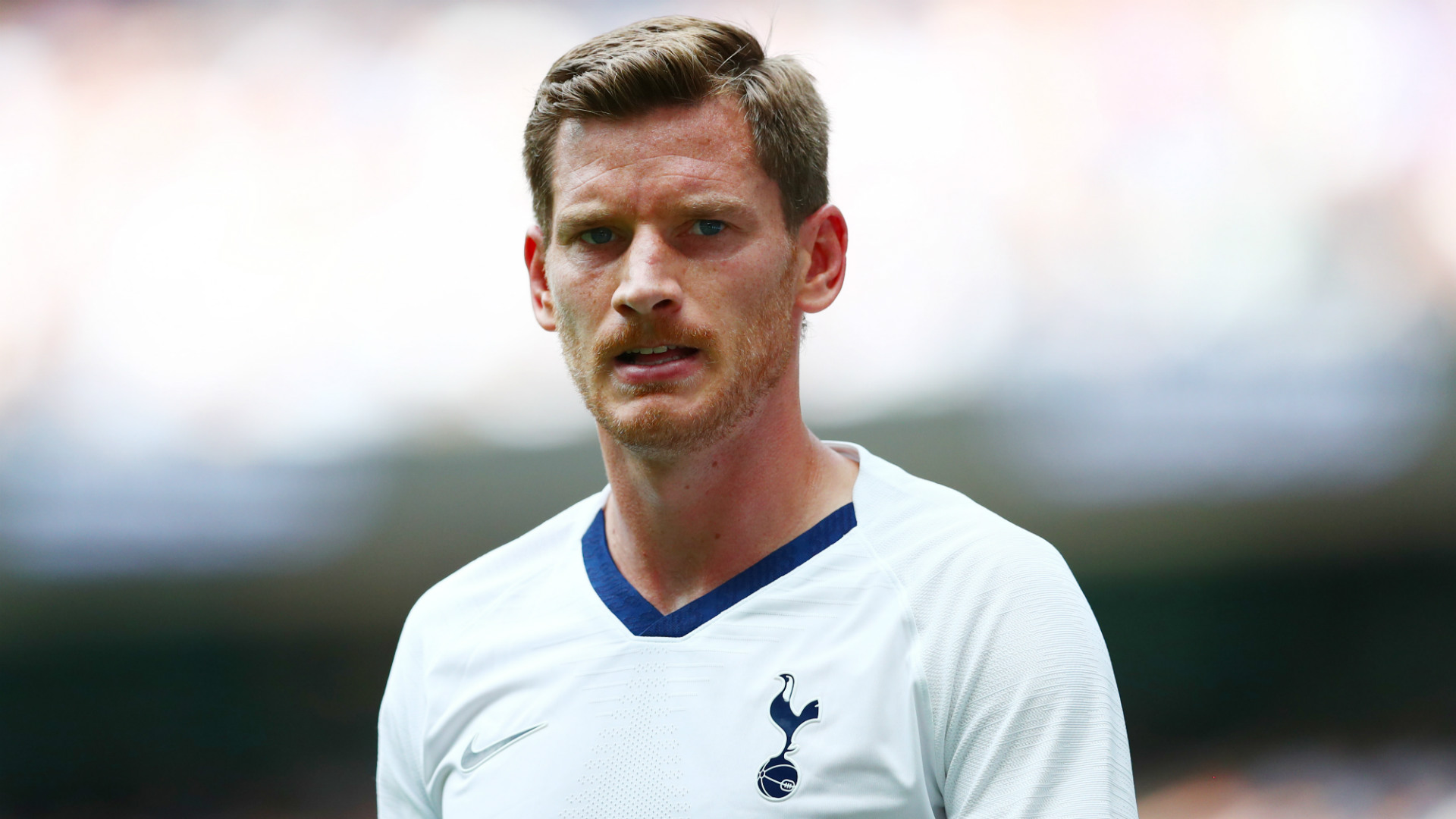 The 33-year-old is leaving Spurs on a free transfer, having previously offered some clues as to where his preferred destination could be

Jan Vertonghen has confirmed he has played his final game for Tottenham.

The Belgian defender posted on Twitter confirming that he would be leaving the club, although he gave no clue as to a possible next destination.

Vertonghen, 33, is a veteran of Spurs’ progression in recent years, making 315 appearances in all competitions since joining from Ajax in 2012.

He wrote: “So my time at the club comes to an end. A sad day for many reasons. I will miss the friends I’ve made here, the staff that make the club run, playing at the amazing new stadium & of course you fans.

“Thank you for all the support over the years. You’ve been amazing. We had many unbelievable memories but for now, it’s goodbye.”

Thank you for all the support over the years. You’ve been amazing. We had many unbelievable memories but for now, it’s goodbye. 💙#COYS pic.twitter.com/XrEjBaWb2C

Vertonghen’s contract in north London has expired, and he is now available to sign on a free transfer.

He was signed early on in Andre Villas-Boas’ tenure as Spurs boss, going on to play under Tim Sherwood, Mauricio Pochettino and Jose Mourinho.

While Spurs didn’t win any silverware during his time at the club – coming closest when they reached the League Cup final in 2015 and Champions League final four years later – Vertonghen developed into one of the Premier League’s most reliable defenders, and was named in the PFA Team of the Year in 2012-13 and 2017-18.

He was also elected into the Champions League Team of the Season in 2018-19 as Tottenham came runners-up to Liverpool.

It has been apparent for some time that Vertonghen would be on his way out of the club, though he signed a short-term contract extension once the season’s resumption was agreed.

Former club Ajax have already ruled out a move, although director of football Marc Overmars confirmed talks with his agent had taken place.

Vertonghen himself has offered some clues as to where his next club might be, saying he wanted to remain in Europe and learn a new language.

Spurs must now go about the task of replacing one of their longest-serving players without the luxury of an incoming transfer fee. Barcelona’s Samuel Umtiti is one of the players linked with a move in recent weeks.

2020-07-27
admin
Share
Previous Liverpool's 'beautiful' Premier League title has not sunk in yet, says Origi
Next Van Dijk: Rivals now want to beat Liverpool even more but Reds are determined to retain title