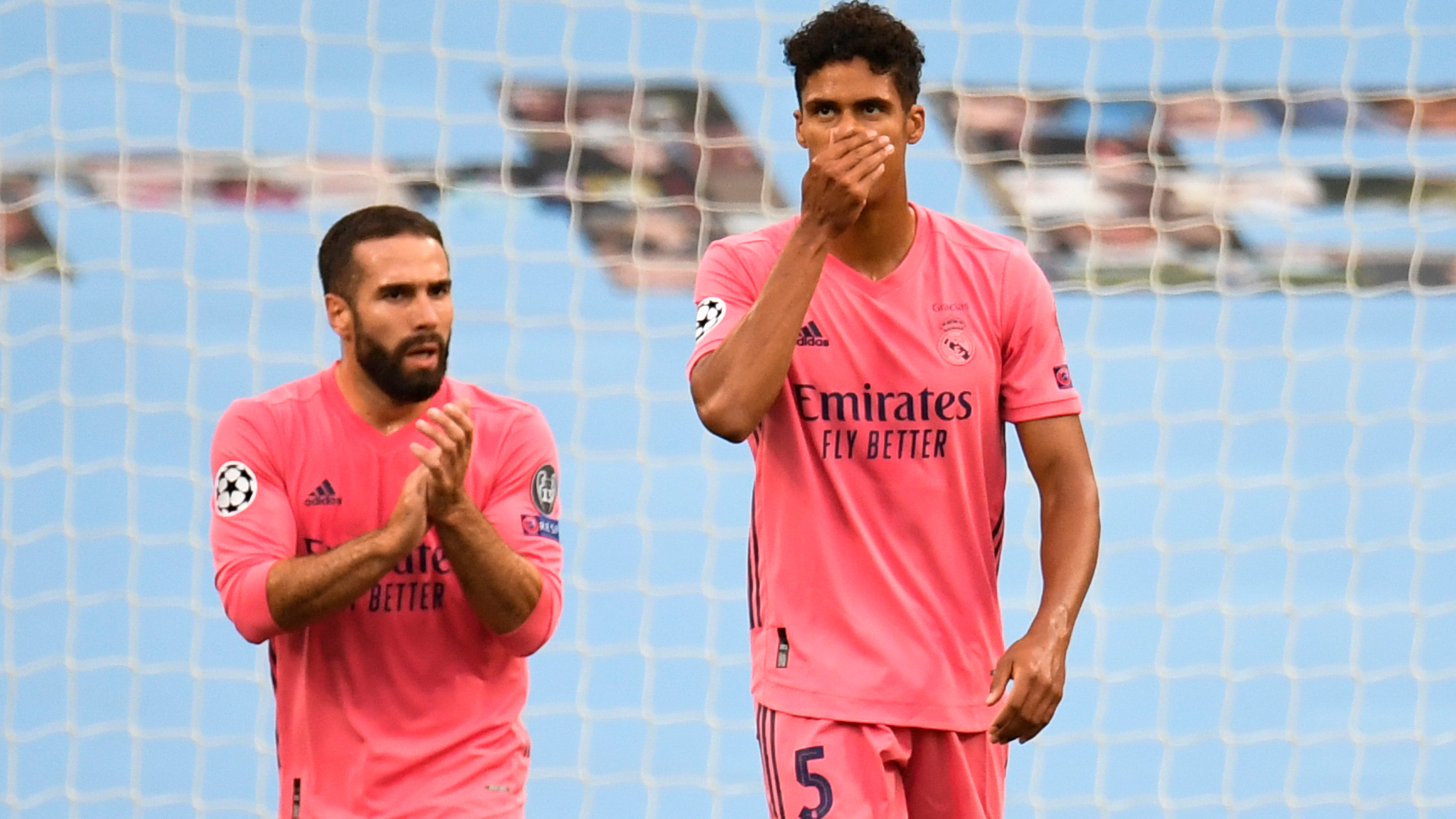 City beat Madrid 2-1 at the Etihad Stadium on Friday night to win the heavyweight last-16 Champions League tie 4-2 on aggregate and set up a last-eight meeting with Lyon.

The Premier League outfit benefitted from an uncharacteristically poor display from Varane in the heart of the Blancos defence, as his mistakes led to Raheem Sterling’s opener and Gabriel Jesus’ second-half winner in Manchester.

Less than 10 minutes into the contest the Frenchman was caught in possession by Jesus in his own penalty area, and the Brazilian laid the ball on a plate for Sterling to notch his 31st goal of the season.

Karim Benzema nodded home a delightful Rodrygo cross to ensure that the two teams went in level at half-time, but City took control after the interval as Madrid struggled to cope with their high press.

The home side’s second goal came when Varane failed to deal with Rodri’s speculative looped pass, with Jesus nipping in to score after the Frenchman sold Thibaut Courtois short with a weak headed back-pass.

The World Cup winner accepted the blame for the final result post-match, telling reporters: “I am responsible for this defeat. We had prepared well but you pay for your mistakes. I am sad for my team-mates.”

However, Rodrygo does not believe that one sub-par performance should take away from his team-mate’s achievements at the Bernabeu over the past nine years.

“It’s something that happens sometimes,” the Brazilian said after the game. “It’s a pity, but he’s a great player and I don’t think this is going to stain the legacy he has at Real Madrid.”

Rodrygo added on the heartbreak of Madrid’s early Champions League exit: “[I feel] sad, but we fought until the end.

“It was hard for us to score because they’re a great team. They are very strong here [at home].”

Despite being knocked out of Europe in the first knockout stage for a second successive year, Zinedine Zidane’s side can still take solace from a successful 2019-20 domestic season, which ended with a first La Liga title triumph since 2017.

Asked to rate the Blancos’ latest campaign out of 10, Rodrygo responded: “A nine, we have had a great season.”