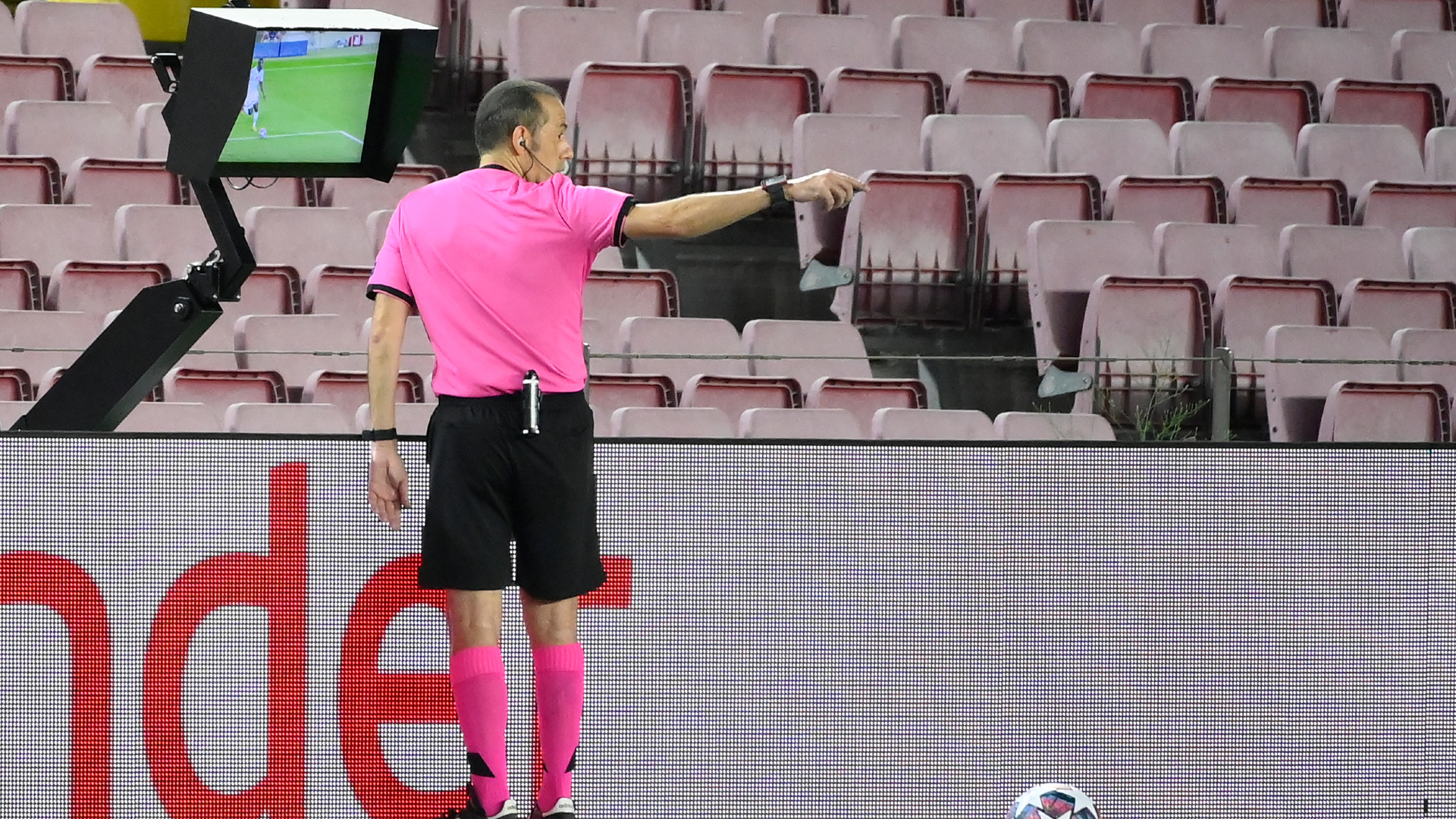 The first half of Barcelona‘s Champions League last-16 tie against Napoli was filled with action and excitement, but there was also no shortage of controversy thanks to the actions of the ever-divisive Video Assistant Referee (VAR).

Match official Cuneyt Cakir referred to VAR no less than three times in the opening 45 minutes, which finished with Barcelona holding a commanding 3-1 lead at Camp Nou.

First Napoli were incensed when Clement Lenglet’s opening goal was allowed to stand, despite replay footage showing that the defender had clearly pushed his marker aside before heading home from a corner with nine minutes on the clock.

Lionel Messi then doubled Barca’s lead on the night with an outstanding individual goal, only to find himself on the wrong side of a VAR call minutes later.

The Argentine thought he had doubled his tally after chesting down Frenkie de Jong’s cross in the box, but after a lengthy consultation Cakir deemed that he had used his arm to control the ball before firing past David Ospina.

But there was still more drama to come, as the video assistant awarded Messi a penalty after the Barca captain was pole-axed by a clumsy challenge from Kalidou Koulibaly. Leo was still smarting from that hit, leaving Luis Suarez to step up and convert.

At least there was no doubt around Napoli’s sole strike of the half, a clear penalty decision four minutes into injury time dispatched with expert precision by Lorenzo Insigne.

Both teams, then, were left with cause to gripe over VAR, and they were joined by plenty of observers on social media who questioned the use of the technology.

VAR is an absolute disgrace. It took FOUR minutes to decide that was a penalty. That’s an absolute joke and it’s ruining the rhythm of the game. There’s no way it should take that long. Koulibaly clearly tackled Messi from behind and it’s an obvious penalty.

The start of next season will be delayed due to the referee checking this f*cking penalty incident. #BarcaNapoli

VAR took away that second goal because it would have been crushing for Napoli fans to not even have hope going into the second half. A compassionate overlord.

And then they get it wrong anyway… hahah, christ VAR is rubbish

Me looking for the handball VAR found on Messi’s goal pic.twitter.com/L0VdUmM79i

Imagine one of these recent calls deciding a #UCL Final.#BarcaNapoli #JuveOL

Reminder that the ‘new handball rule’ causes no problem whatsoever in competitions that don’t use VAR.

VAR referees should be held accountable and their communication with the match referee should be broadcasted on TV so everyone understands their decisions. How this Barca goal wasn’t overruled is beyond me.