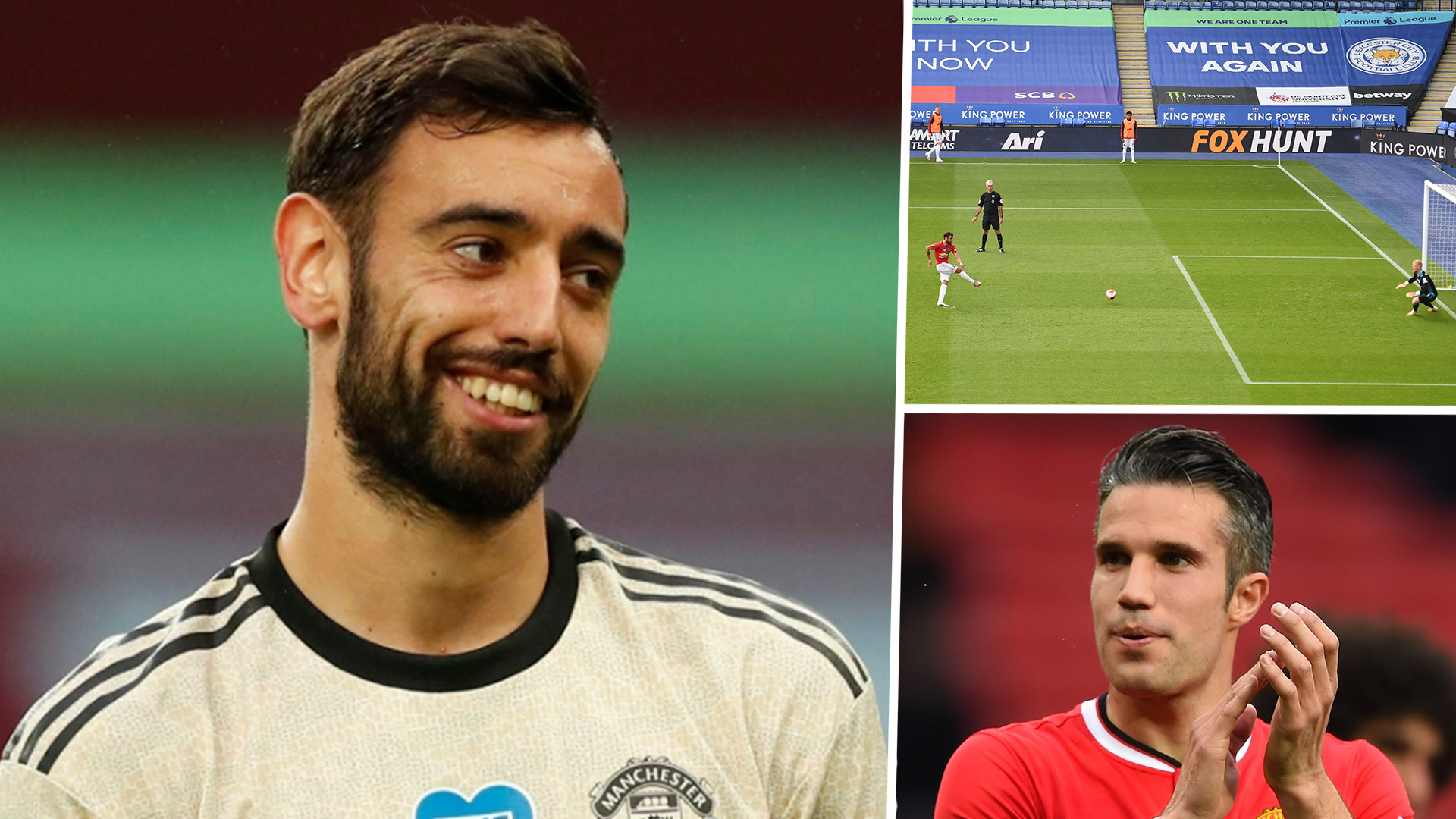 United were awarded their 21st spot-kick of the season in their Europa League meeting with Copenhagen on Monday night.

Turpin pointed to the spot when Anthony Martial went down under minimal contact in the box, with Fernandes stepping up to score his 11th goal for the Red Devils since joining the club from Sporting CP in January.

Seven of those efforts have come from penalties, and United broke the record for the most fouls won inside the area in Premier League history on the final day of the domestic season in July.

It has been suggested that the Old Trafford outfit have benefited from numerous contentious decisions over the course of the campaign, but Van Persie believes they have simply been rewarded for their direct style of play.

“If you get 21 penalties in a season, it shows you that you’re attacking a lot, you know?” the ex-Red Devils striker told 90min.

“Maybe a couple of them could or could not be a penalty, maybe a little bit tricky, but even then you’re attacking and in a situation where the referee can give a penalty. I think it’s a good thing that they’re getting so many.”

Van Persie added on how United’s penalty taker varies his technique from 12 yards to deceive opposition goalkeepers: “Bruno Fernandes has his very own unique style of taking them, but what I like is that he mixes it up.

“He’s not only doing that funny jump, it looks so strange to me because it’s not the way I used to take penalties, but he’s been doing it for so long. He hasn’t missed for four years.

“What I did like against FC Copenhagen is he changed his style – the keeper waited and he went fast. That shows you as well that he’s a world-class penalty taker, because you have to mix it up.

“You have to go left, you have to go right, he’s doing the jump, but to be able to adjust, even with penalties, it shows you that he’s a world-class player. You have to come up with something new and he’s doing that, and it’s working. As long as it works, perfect.”