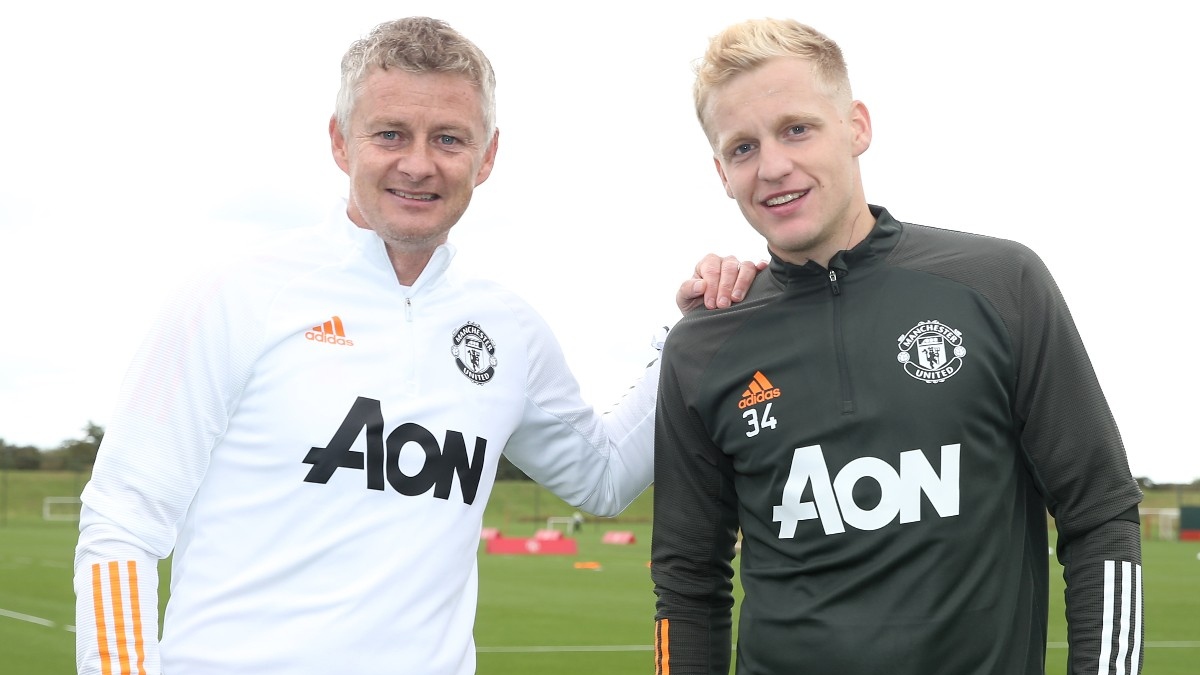 Solskjaer was in charge of Norwegian club Molde at the time when his side took on Eredivisie giants Ajax, who boasted a young Van de Beek in midfield.

Just a month after making his senior debut, the Dutchman headed home his first career goal as he opened the scoring against Molde in a fiery group clash that ended 1-1.

While Van de Beek was just a teenager at the time and still looking to secure regular first-team football, Solskjaer noted that his newest signing at Old Trafford left quite an impression.

“The first goal he scored was against me and my Molde team in the Europa League in 2015 – we drew 1-1 at the Amsterdam Arena and he scored a fantastic header,” Solskjaer told BBC’s the Football Daily podcast.

“He actually headbutted my centre-back at the time as well, so he was brave! I’ve liked his infectious attitude. I’ve spoken to Edwin van der Sar, other players that know him, you just use the people you know and trust to scout that character.

“When someone scores against you, you’ll always remember it…I just remember a cross and he beats my centre-back and it loops over our keeper in the beginning of the game.”

Though the Red Devils continue to pursue a deal for Borussia Dortmund star Jadon Sancho, Solskjaer believes their acquisition of Van de Beek will be key as he brings a new edge to their midfield.

“When we signed Bruno [Fernandes] we knew we needed that kind of player, now we’ve signed Donny and he’s a type of player I felt we needed in the squad. He’s the type of person that will fit the culture, fit the team and improve us next season and for years to come,” Solskjaer said.

“He’s a versatile player, a very intelligent player, he’s got loads of energy, enthusiasm, developing all the time. He scores goals and we need to add those from midfield. We need goals throughout the squad because we didn’t score enough [last season] to be challenging at the top.

“He can see space and arrive at the right time, the timing of his movements is fantastic.”