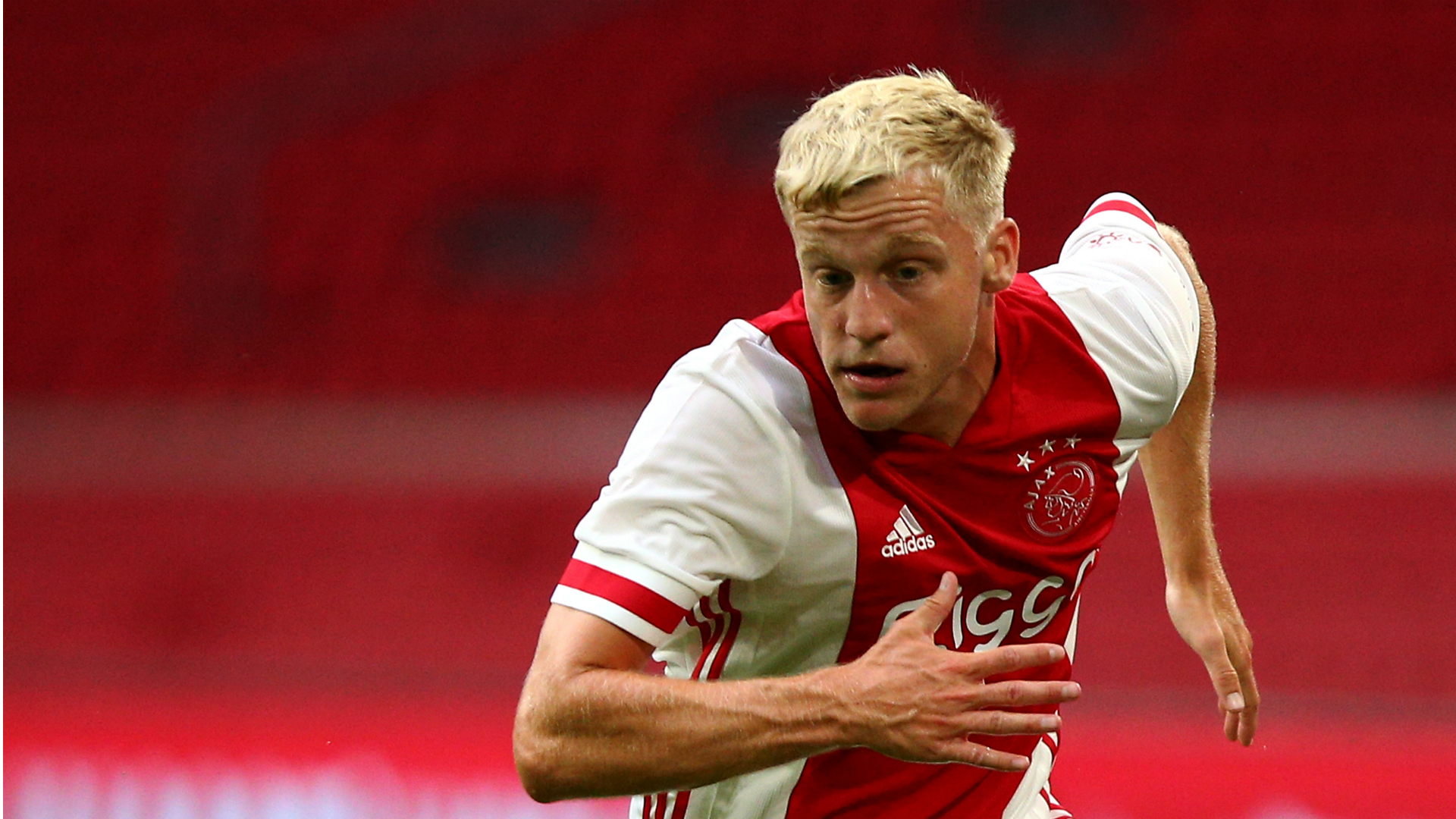 Donny van de Beek says he is “proud” to play for Ajax and will not complain if he does not get a move away from the club amid interest from Manchester United and Real Madrid.

Ajax director Edwin van der Sar revealed in June that Van de Beek is a target for United and Madrid following another impressive campaign for the Dutch giants.

However, the Netherlands international concedes that leaving the club this year is unlikely due to the “messy” situation caused by the coronavirus pandemic.

Van de Beek, who has two years to run on his Ajax contract, insists he has no problem remaining at the Johan Cruijff ArenA for another season.

“It is very messy, in any case a very messy period in terms of transfers,” he told Fox Sports following Ajax’s 5-1 pre-season friendly win over Utrecht on Thursday.

“Nothing is certain yet. I am still a player of Ajax and I am still proud to be there.

“If there had not been the coronavirus, it might have been different now. There is no clarity now and we have to wait and see how it turns out.

Academy product Van de Beek has spent five seasons in Ajax’s first team, accruing close to 200 appearances in all competitions and has won one Eredivisie title and a KNVB Beker with the Dutch giants.

The 23-year-old is contracted to the club until 2022 and Ajax CEO Van der Sar has warned that they will not sell their players for a low price despite the disruption caused by the coronavirus pandemic.

“There will always be some who benefit from a crisis and some clubs will have to sell for less, but I think we’re in a fortunate position thanks to our strong financial policy,” he said in June.

“Therefore we don’t have to sell, but we made agreements with the players. These won’t go below a certain price level. We won’t let go of our players for sale prices. We prefer to keep them here.”