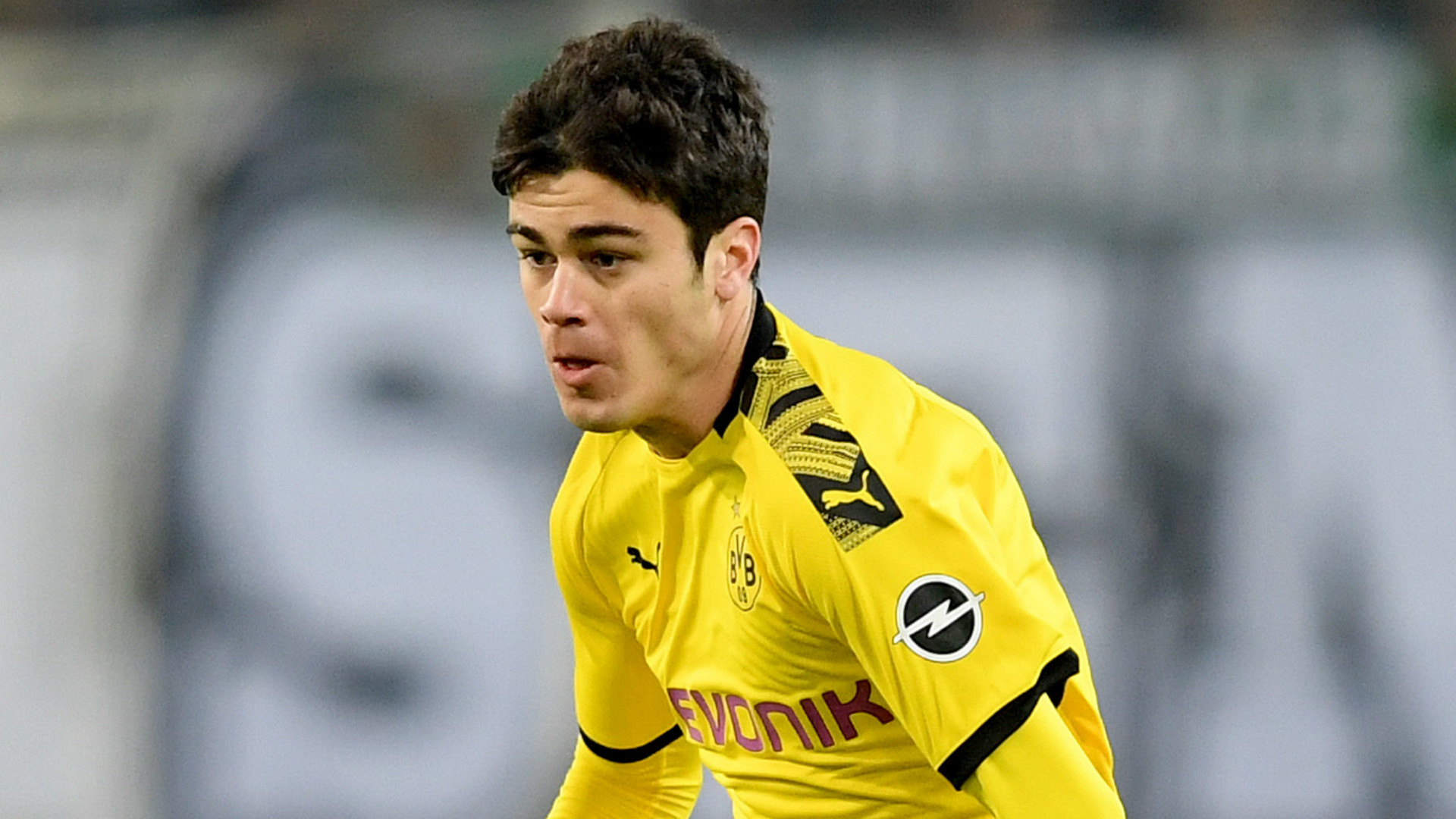 Gio Reyna says he is looking forward to playing a bigger role for Borussia Dortmund this season following his breakthrough 2019-20 campaign.

The 17-year-old burst onto the scene last season, playing in the Bundesliga and Champions League and scoring a stunning goal against Werder Bremen in the DFB-Pokal.

Dortmund start the new season with a cup visit to Duisburg on Monday, before their first game of the Bundesliga campaign at home to Borussia Monchengladbach on September 19.

Reyna was pleased with his debut season but is keen to kick on and establish himself in the first team.

“The most important thing for me is confidence, which I’ve gotten a lot of over the last six weeks in pre-season,” Reyna told reporters.

“I’m doing well, I’ve gotten closer with a lot of the guys. They’ve really accepted me now and they expect me to have a big season for them too. I just think confidence is the biggest thing that’s improved for me.

The #USMNT’s next star? 🇺🇸

The youngest ever player to score in the DFB-Pokal 👏 pic.twitter.com/bWCl7q54pu

“I learned a lot last season in my first six months in the Bundesliga, getting used to the professional speed of play and physicality.

“I think I made a big jump and I think everybody knows I’m ready to play more and have a bigger role in the team now.”

Reyna is also looking forward to lining up alongside fellow 17-year-old Jude Bellingham, who snubbed Manchester United to join Dortmund for €25 million (£23m/$29m) earlier in the summer.

“I’m ready for an exciting year – we know it’s going to be a long year because we have lots of games,” he said.

“I think we’re both going to get opportunities this year for sure, so it’s just about whether we take them or not.”

Dortmund have been boosted in recent days by the return to training of club talisman Marco Reus, following his latest injury outlay.

“Marco’s done so much for this club and is obviously a world-class player,” Reyna said.

“Of course there’s competition, and it’s healthy competition. It may not now be as easy [to get playing time] as when he was injured, but there are still so many positives to having him back in the team.

“I can still play in other positions and he can too. It’s not only him, we have other good attackers this season, so it’s against other guys as well. I’m happier to have him back than not.”