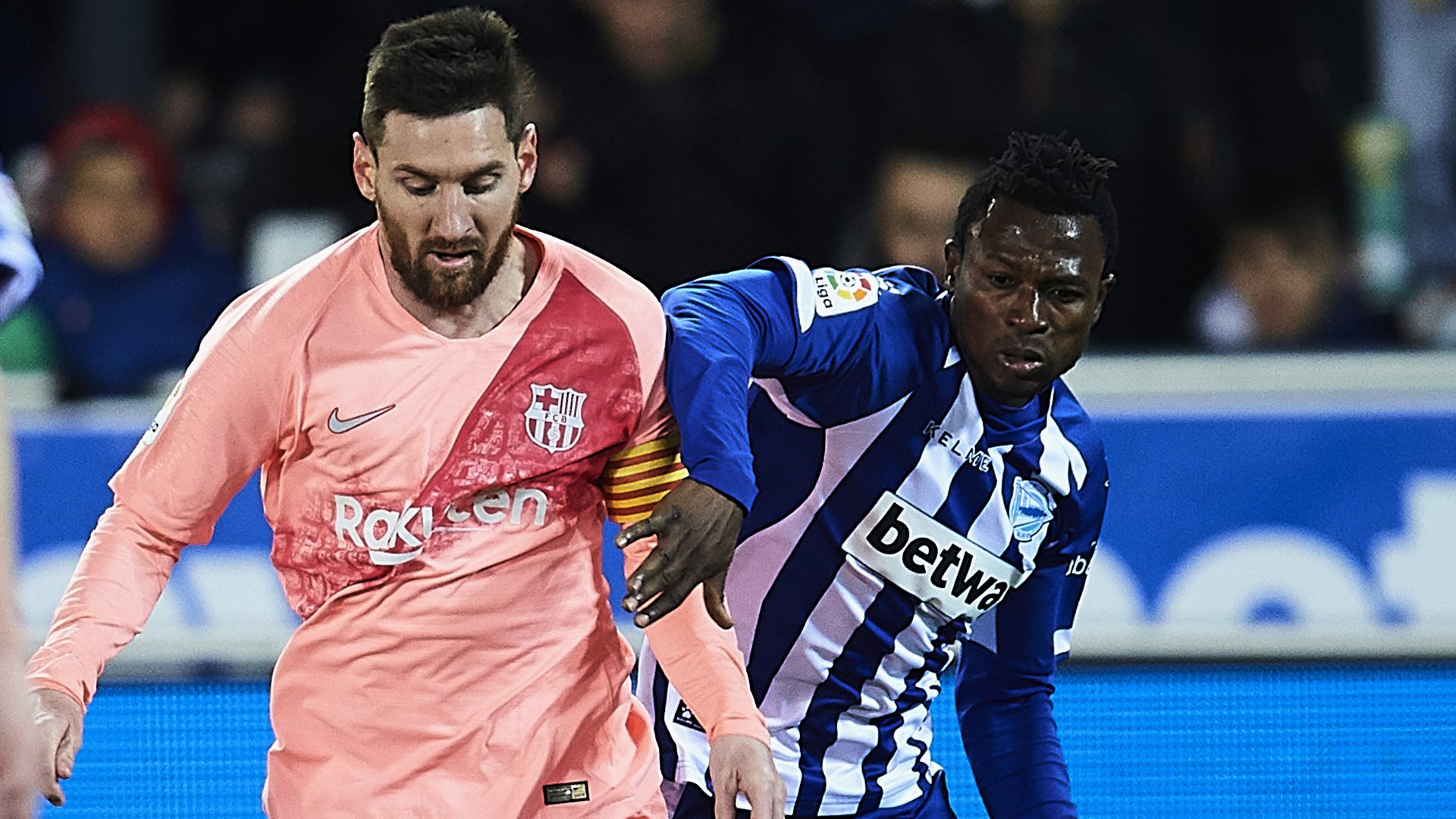 The 26-year-old put pen to paper on a three-year deal on Friday, a day after completing a medical.

He spent last season on loan with Turkish side Gazisehir Gaziantep, having struggled for game time since moving to Spain in 2018.

“The next signing is perfect: The Ghanaian Patrick Twumasi is moving from the Spanish La Liga club Deportivo Alaves to Hannover 96. The 26-year-old attacking player signed a contract until 2023 today,” Hannover have announced on their official website.

While on his season-long loan spell in Turkey, Twumasi made 26 Super Lig appearances for Gaziantep, starting in 17 of the games, scoring six times and assisting four goals.

“I’m really happy to be here. I’ve always dreamed of playing in Germany and I’m happy to be part of Hannover 96 now,” the winger told his new club’s official website.

Hannover are bolstering their squad ahead of the 2020-21 Bundesliga 2 season, having set sights on top-flight promotion after placing sixth last season.

They were relegated from the top division in 2016 after finishing second-from-bottom on the league table.

“With Patrick Twumasi we get a very variable offensive player. He can play on both wing positions, but also as a central striker. Patrick is fast, technically adept and has always had excellent scorer scores in his previous positions,” Hannover sporting director Gerhard Zuber said.

Before Friday’s move, Twumasi was linked to a return to Gaziantep for another spell. Turkish sides Caykur Rizespor and Denizlispor were also said to be interested in securing his signature.

The attacker moved to Alaves from Kazakh club Astana, where he caught the eye with a series of fine performances in the domestic league and in European inter-club competitions. He made 11 La Liga appearances for the Spanish fold in 2018-19, his only season with the club.

The Obuasi-born is a full Ghana international and will hope to be called up for national duty when Black Stars coach CK Akonnor announces his squad for a 2022 Africa Cup of Nations qualifying double-header against Sudan in November.