Manchester United are considering a swap deal which would see France midfielder Paul Pogba, 27, return to Juventus with Argentina forward Paulo Dybala, 26, going the other way. (Tuttosport – in Italian)

Lille turned down a 20m euro (£18.1m) offer from Everton for defender Gabriel, 22, because they have an agreement to sell him to Napoli, despite Arsenal and Manchester United also showing interest in the Brazilian. (Gianluca di Marzio)

Arsenal goalkeeper Emiliano Martinez says 10 clubs in Europe are interested in signing him after the 27-year-old Argentine’s impressive end to the season. (Marca – in Spanish)

Inter Milan are capable of signing Argentina forward Lionel Messi, 33, from Barcelona, according to the Serie A club’s former president Massimo Moratti. (Quotidiano)

Newcastle boss Steve Bruce is in talks with Matty Longstaff to persuade the 20-year-old sign a new deal. The English midfielder became a free agent this month after contract negotiations stalled. (Star)

Covid-19 travel restrictions could scupper a potential transfer for Ajax and Netherlands midfielder Donny van de Beek to either Manchester United or Real Madrid, who are both interested in the 23-year-old. (Fox Sports – in Dutch)

Schalke midfielder Weston McKennie’s move to Hertha Berlin has fallen through, with Wolves, Southampton and Leicester also interested in the 21-year-old America international. (Bild – in German)

Everton are close to a deal to send 21-year-old midfielder Beni Baningime on loan to League One club Blackpool for next season. (Liverpool Echo) 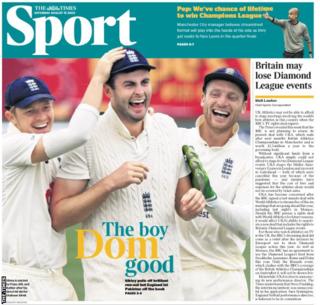