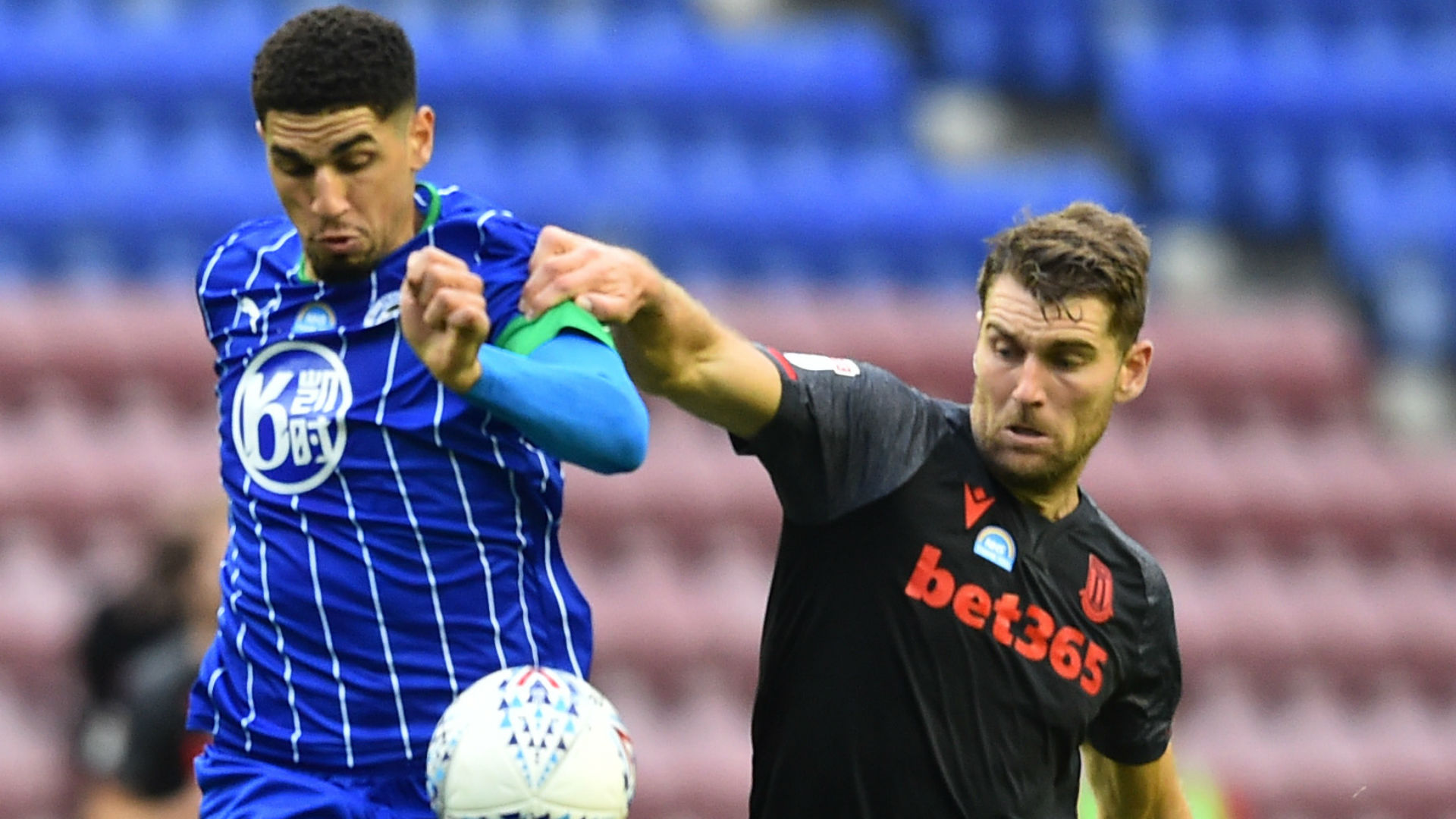 Leon Balogun says Wigan Athletic’s 2-2 draw with Charlton Athletic is a “tough one to take” as one more Championship round is left to play.

The Lactics have gone into administration after facing financial difficulties and as per governing rules will face a 12-point deduction which could see them relegated to League Two if enough points are not accrued.

They have lost only one of their league games since resumption in June and fired eight goals without reply past Hull City in their last outing.

It started well for Paul Cook’s men at the Valley with Jamal Lowe giving them the lead in the ninth minute. Alfie Doughty replied instantly for Charlton, but Kieran Dowell gave Wigan the lead five minutes to the break.

It looked like the 2013 FA Cup champions were going to walk home with a valuable three away points in south-east London. However, Macauley Bonne equalised in injury time to break Wigan hearts, the assist coming from Anglo-Nigerian and Arsenal academy graduate Chuks Aneke.

“Tough one to take. Might not have been the best performance, but I felt like we gave it our all. Just gotta admit that today’s ‘all’ wasn’t enough to get the result everybody wanted,” Balogun posted on Twitter.

“We’ll shake it off and make sure we’re ready to go hard again on Wednesday at the DW.”

Tough one to take. Might not have been the best performance, but I felt like we gave it our all. Just gotta admit that today’s ‘all’ wasn’t enough to get the result everybody wanted.
We’ll shake it off and make sure we’re ready to go hard again on Wednesday at the DW #UTT 🔵⚪️

Balogun – who joined Wigan initially on loan from Brighton and Hove Albion in January before making the deal permanent last month, played the entire match, making eight clearances, two tackles and blocking three shots. The Nigeria international also won seven of 13 total duels, five of them in the air.

Wigan boss Cook did not hide what he called a huge disappointment and acknowledges it will be a tough task for the Greater Manchester side ahead of their final game with Fulham.

“We are disappointed to not see the game out. We have been in those kind of situations before,” Cook told Latics TV.

“We’ve got three centre-halves on the pitch and they have two strikers. One striker is in 10 yards of space, that can’t happen.

“There is no criticism from me, it’s a huge disappointment as you can imagine in the dressing room.

“We have one more big challenge ahead, a really tough game Wednesday, Fulham are an excellent team with excellent players and unless results go favourable for us today with Luton drawing with Hull, the reality is we might have to go into that game with it out of our hands.

“Without a shadow of a doubt we have the fight.

Wigan are currently in 13th place with 58 points, 10 clear of the relegation zone. This puts them in a tricky situation as they will need to beat promotion play-off bound Fulham while hoping those in the relegation zone in Luton Town, Hull and Barnsley all lose points.