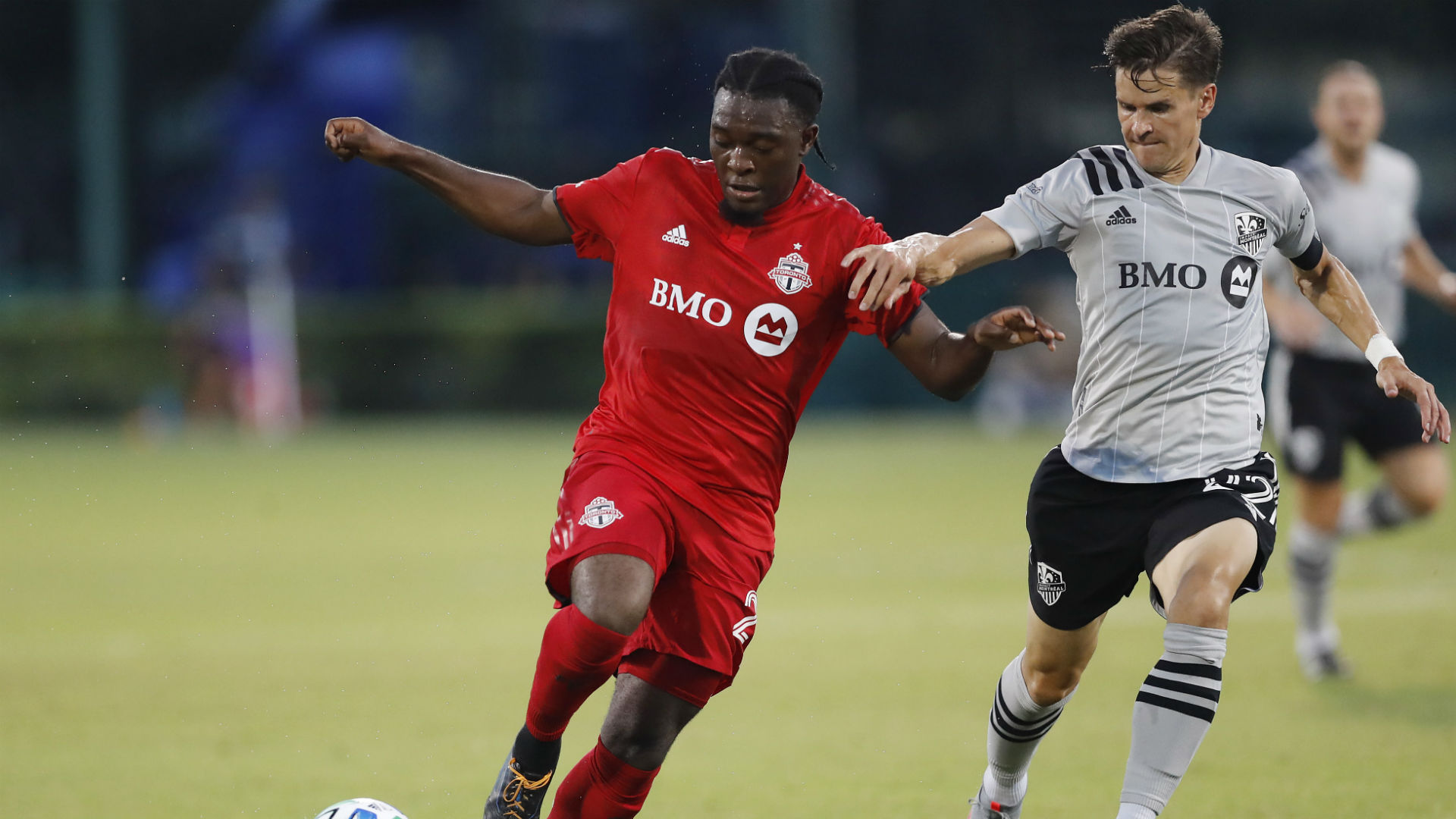 The striker becomes the first player to net a Canadian classic treble, as well as the second Reds’ man to score at least twice in successive MLS ties

Having scored twice in the Reds’ 2-2 draw with DC United on Monday, the 20-year-old continued from there – finding the net thrice as Thierry Henry’s men were silenced in the seven-goal thriller.

At ESPN’s Wide World of Sports complex, Richie Laryea opened the scoring in the eighth minute thanks to Alejandro Pozuelo’s assist.

Although Algerian-French football Saphir Taider got two goals from the penalty mark for the Montreal based outfit, that could not prevent them from losing their second straight game in the championship.

Thanks to his heroics, the Nigeria prospect wrote his name in the history books being the first player to find the next thrice in the Major League Soccer history of the Canadian classic.

3 – Ayo Akinola has scored the first hat trick in the @MLS history of the Canadian Classique (26th meeting, including playoffs). Breakout. #MLSisBack

Also, he is the second Toronto man to score at least two goals in two consecutive matches in the MLS outings.

The first to achieve this was Tosaint Ricketts between September 16-20, 2017. After two seasons at the BMO Field, the 32-year-old striker joined Lithuania’s Suduva before returning to Vancouver Whitecaps.

Thanks to this win, Vanney’s side lead Group B temporarily with four points from two games, pending the outcome between New England Revolution and DC United on Saturday morning.

With five goals from two outings, Akinola is expected to lead his team’s frontline when they face New England Revolution on July 21.

Born in Detroit, on January 20, 2000, the youngster is eligible to feature for the Super Eagles, the Canadian and American senior national team.

The Nigeria Football Federation (NFF) had reached out to him to switch his allegiance to his fatherland, however, Akinola’s response was that he would make his choice at a later stage.

The MLS is Back Tournament is a month-long World Cup-style championship launched by Major Soccer League to mark the league’s return to action after being shut down as a result of the coronavirus pandemic.