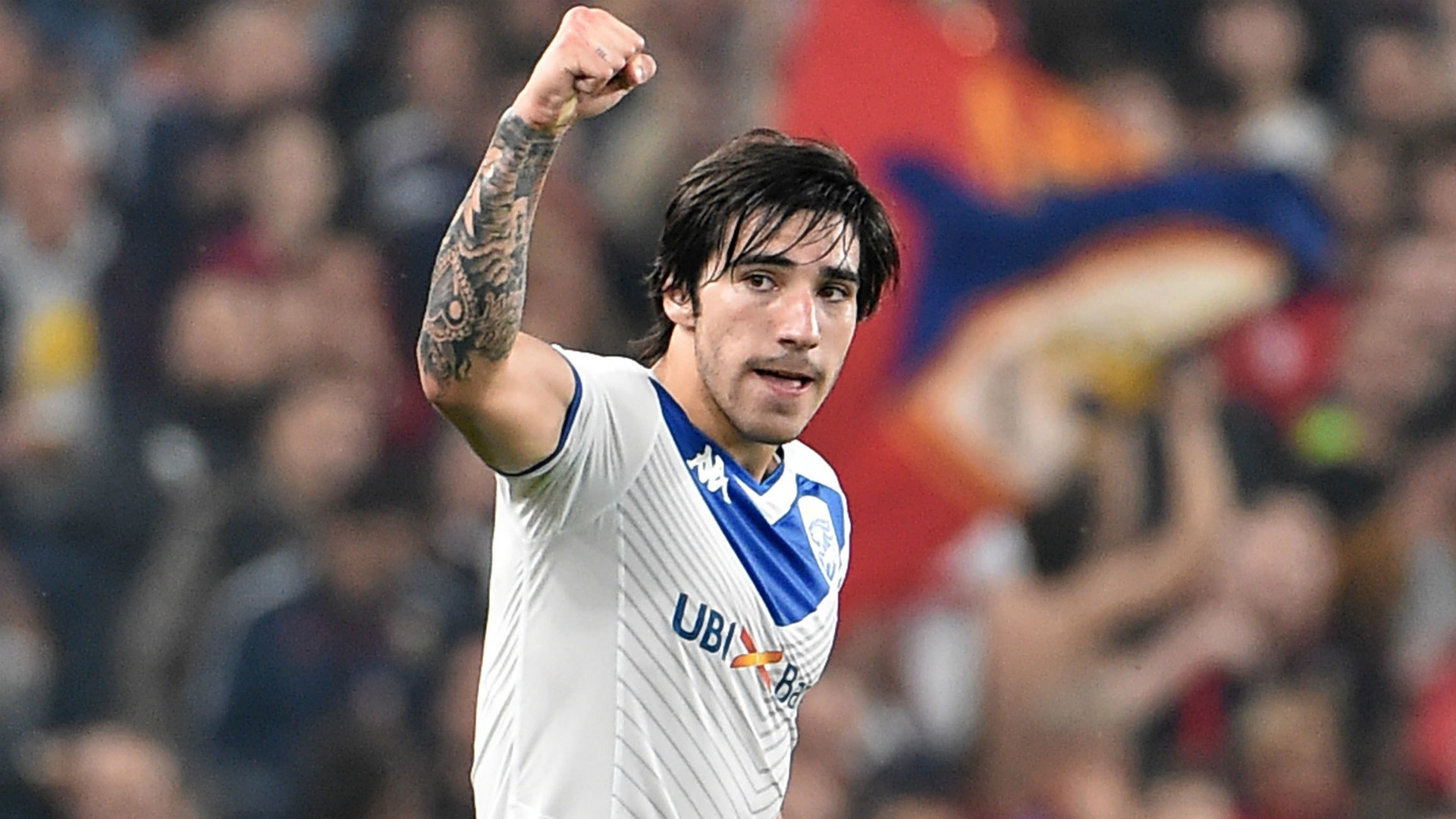 Sandro Tonali turned down the chance to join Barcelona and Manchester United in favour of a move to AC Milan, according to Brescia president Massimo Cellino.

Tonali has emerged as one of Italy‘s top prospects, with the midfielder often seeing himself compared to Azzurri legend Andrea Pirlo.

For his part, Pirlo did not play down the hype and instead said the 20-year-old is “much more complete” than he was as a player.

After starring for Brescia in Serie A in 2019-20, Tonali was subject to interest from some of Europe’s top clubs.

In addition to Barca and Man Utd, Cellino said that Inter were also keen on the Italy international. However, Tonali had his head turned when the Rossoneri, a club he grew up supporting, came calling.

“I know that [Inter CEO] Beppe Marotta really wanted Tonali, and that [Inter head coach] Antonio Conte appreciated him, so I think his agent had agreed terms with Inter,” Cellino told Top Calcio 24.

“He was determined and convinced that he was going to Inter, but all this time dragged on and it was practically the start of the new season with still nothing happening.

“As soon as Milan showed real interest, he did not want to listen to any other options. I also have a historically good rapport with Milan and we reached an agreement with [Milan technical director] Paolo Maldini quite quickly.

“We also had interest from Barcelona and Manchester United, but the lad is in love with Milan and went crazy once he heard of their offer, because he supports them.”

Cellino said that he expects Tonali’s move to AC Milan to be wrapped up in the coming days, with the midfielder joining on an initial loan for €10m (£9m/$12m) with an option to buy for €15m (£13m/$18m) and another €10m in potential add-ons.

Though Brescia will receive a major windfall from Tonali’s exit, Cellino revealed they could have netted more had Tonali opted for a move to Barca or United.

“Those figures are correct, but we turned down €65m (£58m/$77m) from Barcelona in January and about a dozen days ago Manchester United had offered €10m more than Milan,” Cellino said.