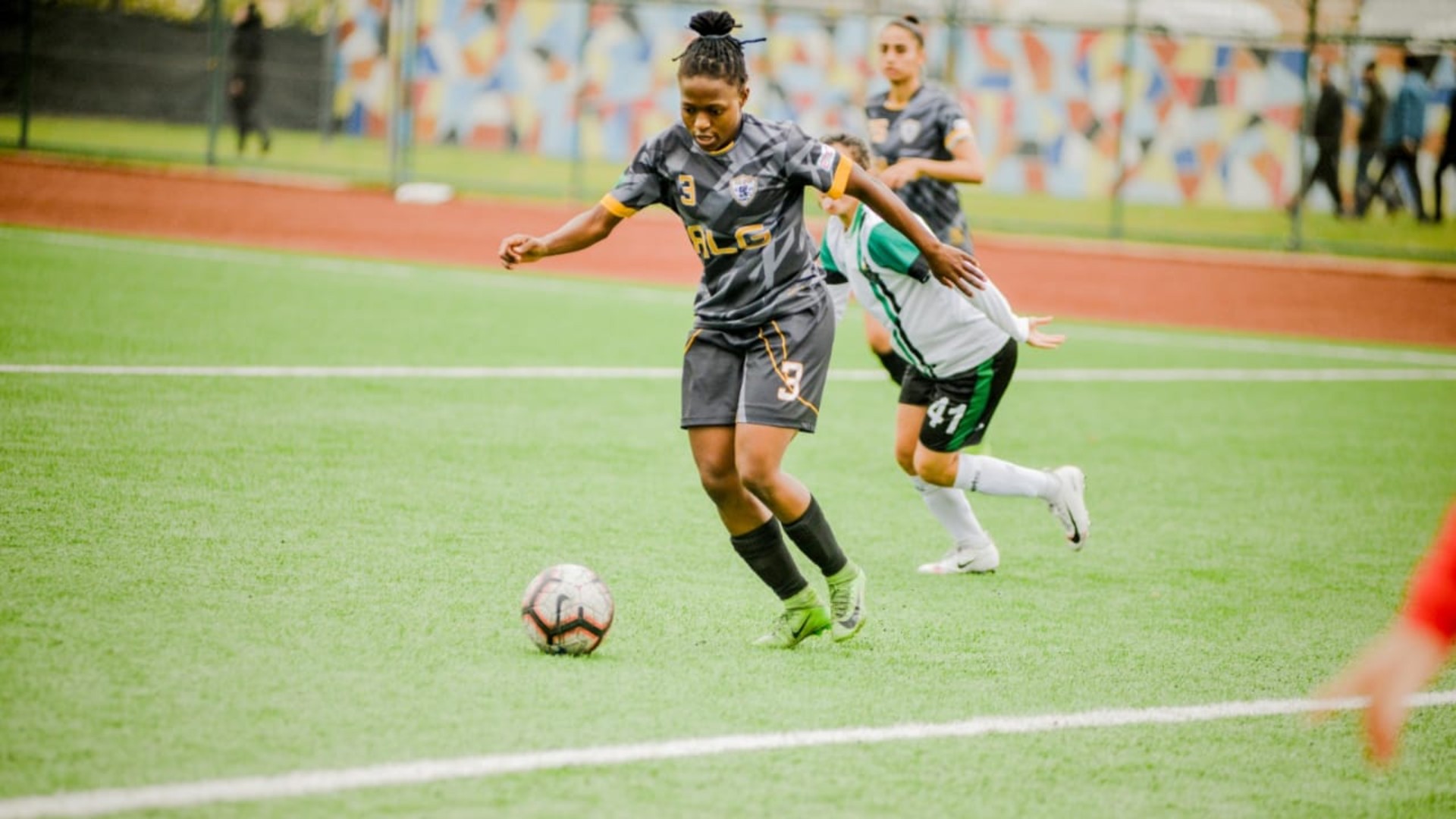 Rachel Sebati has revealed her pride at how ALG Spor won the Turkish Kadınlar Ligi title for the first time in their history in the 2019-20 season.

Sebati joined the Turkish giants in 2019 from Minsk, seeing out her contract with the Belarusian giants where she won two titles and reached the Women’s Champions League Round of 16.

Since moving to Turkey last summer, the 27-year-old made an instant impact at ALG, providing three assists in 11 matches before the league suspension due to the coronavirus outbreak in March.

The subsequent cancellation saw Mehmet Karayılan’s ladies declared the Turkish champions early July, having topped the table with 43 points from 15 games, and the midfielder is pleased with their feat.

“It’s obviously the effort of the whole team, alone it was never possible,” Sebati told Goal.

“It was a top priority for us to qualify for Uefa Women’s Champions League. Personally, this carries so much weight as it will be the second time God comes through for me.

“That is called grace. It is a magnificent and breathtaking moment and we embrace it with open arms.”

They were the only unbeaten side in the Turkish top-flight, edging former champions Beşiktas by a point before the coronavirus pandemic put the league campaign on a hiatus.

Featuring in 11 out of 15 games, Banyana Banyana woman, who twice made the Team of the Week, reflected on her times in Gaziantep.

“I cannot remember having any other lowest moments except getting sick because of environmental changes and culture shock,” she continued.

“We are obviously in a foreign land thus chances are that one will get sick before adaptation. Otherwise, every moment is magical and special. Everyday is my highest as long as I’m healthy.”

While the men’s league enjoyed a restart, the women’s division was cancelled, which did not go down well with many, including Sebati, despite not ruining their domestic title dreams.

“The tragedy of Covid-19 is disastrous but somehow it is a blessing in disguise,” she said.

“All things happen for a reason and we are blessed to be the favoured team in the situation at hand. Well, it was sad to have not been able to finish what we have started as we all looked forward to playing more games.

“We had great plans and everyone looked forward to second round challenges. The cancellation has somehow affected our team in terms of fitness because everyone was in a good shape and inspired by the achievement thus far.

“Though the cancellation is also seen as something positive, in such a way that the team uses the time to reflect, go back to the drawing board to try to rectify were needed.

“There is always the positive and a negative side of everything, it just depends on how you choose to see the situation.”