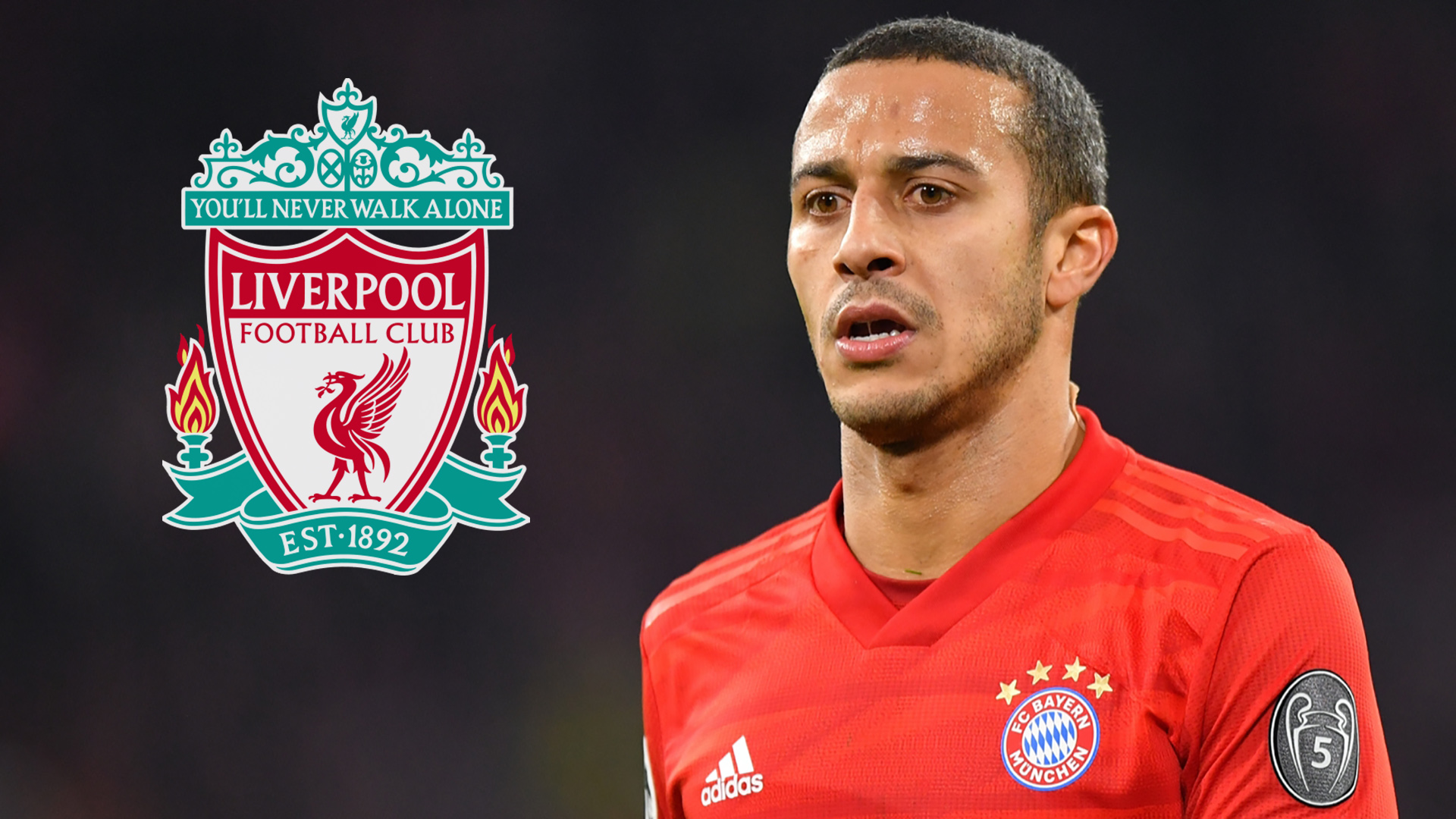 The Spain international continues to be linked with a move to Anfield, though the Reds boss refused to confirm any transfer interest

Liverpool boss Jurgen Klopp has again revealed his admiration for Thiago Alcantara, but he refused to be drawn on whether his side are looking to sign the Bayern Munich midfielder.

Though the Reds are still basking in the glory of their first league triumph in 30 years, attention has already started to turn towards the defence of their title next campaign and whether Klopp will strengthen his squad this summer.

Spain midfielder Thiago is rumoured to be high on the Anfield club’s wanted list, with the player almost certain to leave the Allianz Arena this summer.

The 29-year-old has just one year remaining on his contract and has so far refused to sign an extension, telling Bayern CEO Karl-Heinz Rummenigge that he is keen to experience another league.

That has sparked rumours of a move to Anfield, with the Premier League champions rumoured to be keen on strengthening their midfield during the close season.

Klopp has regularly spoken about how highly he rates Thiago, who he will have seen play at first hand during his time as Borussia Dortmund boss, but has never confirmed whether Liverpool are making moves to try and recruit him.

The German was again coy on any potential deal for the former Barcelona star, though he did reiterate that he was a fan of his abilities.

“I have no idea who will play for me next year, there is nothing to say at the moment,” he told Sky Germany.

“Thiago Alcantara is a great player, but also a Bayern Munich player. That’s actually all there is to say. There’s nothing to say!”

Thiago has scored 31 goals in 231 appearances since making the move to Germany from Barcelona in 2013, while also laying on 37 assists.

He has won 14 major trophies in total at Allianz Arena, including seven consecutive Bundesliga titles.

He has been a regular in Hansi Flick’s side again this campaign, helping the Bavarian giants yet another domestic double, with the prospect of a first treble since 2012-13 also on the cards when the Champions League resumes next month.