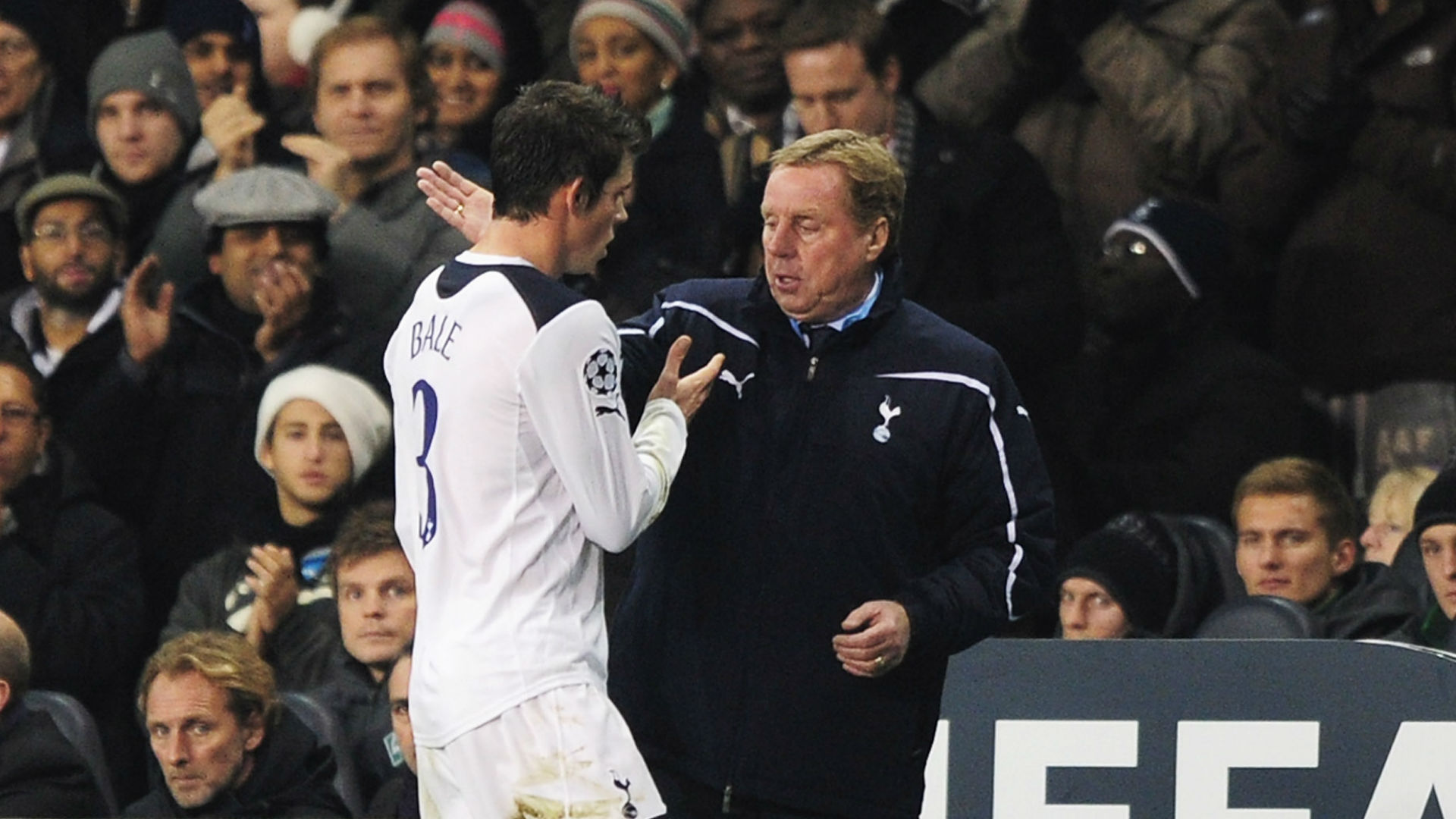 The veteran boss coached the Welsh winger at Spurs, and believes Jose Mourinho’s side require someone of the 31-year-old’s quality

Gareth Bale would inject some much-needed “magic” into Tottenham‘s side should the Real Madrid forward return to north London, according to Harry Redknapp.

Tottenham are in negotiations with Madrid over a possible deal for Bale, who left Spurs for Los Blancos in a then world record €100 million (£85m/$110m) transfer in 2013.

Bale has helped Madrid win four Champions League trophies – scoring decisive goals in two of those finals – and two La Liga titles, but has fallen down the pecking order in the Spanish capital.

While he has struggled with injuries, Bale has often been left out in the cold even when fit by Zinedine Zidane, who played the Wales star just 20 times across all competitions last term.

Former Spurs manager Redknapp – who gave Bale the chance to thrive as a winger rather than as a full-back, where he initially played – believes the 31-year-old would be a brilliant addition for Tottenham or Manchester United, who have also been linked.

“It would be a fantastic signing for the club and it would be great for Gareth to get back playing again. He’s such a talent, such a great player and it’s waste to see him not playing,” Redknapp told BBC Radio Wales.

“To get back to Tottenham could just turn their season around. They’ve been quite average in the last six months or so. End of last season and obviously got beat on Sunday by Everton. They need that little bit of magic Gareth can bring. If he went there or Manchester United, wherever he went, he’d make a massive difference.”

Unbelievable spirit from the boys today to go to the end! Congrats on your first goal @necowilliams01  pic.twitter.com/3S7JdZzT0L

On Wednesday, Jonathan Barnett – Bale’s agent – said: “We’re negotiating at the moment, that’s all. I won’t discuss [how close it is].” Meanwhile, Spurs boss Jose Mourinho insisted in a news conference ahead of Tottenham’s clash with Lokomotiv Plovdiv that he would not discuss a player at another club.

While Redknapp would love to see Bale return to Spurs, he concedes it will be a difficult deal to achieve.

“The difficulty obviously is working out a deal because no one can pay his wages. There’s no way anyone in England can take him full-time,” Redknapp said. “The only way they’ll do a deal is if Real Madrid meet at least half his wages. I’d think that’s the stumbling block at the moment for Tottenham or anyone else interested in him.

“[Tottenham chairman] Daniel Levy’s a very good negotiator, so I’m sure he’ll get the best deal for Tottenham.”

2020-09-16
admin
Share
Previous ‘Stay here and have a legacy’ – Aubameyang reveals how Arteta convinced him to stay at Arsenal
Next What is Gareth Bale’s FIFA 21 rating? Real Madrid & Wales star’s drop explained