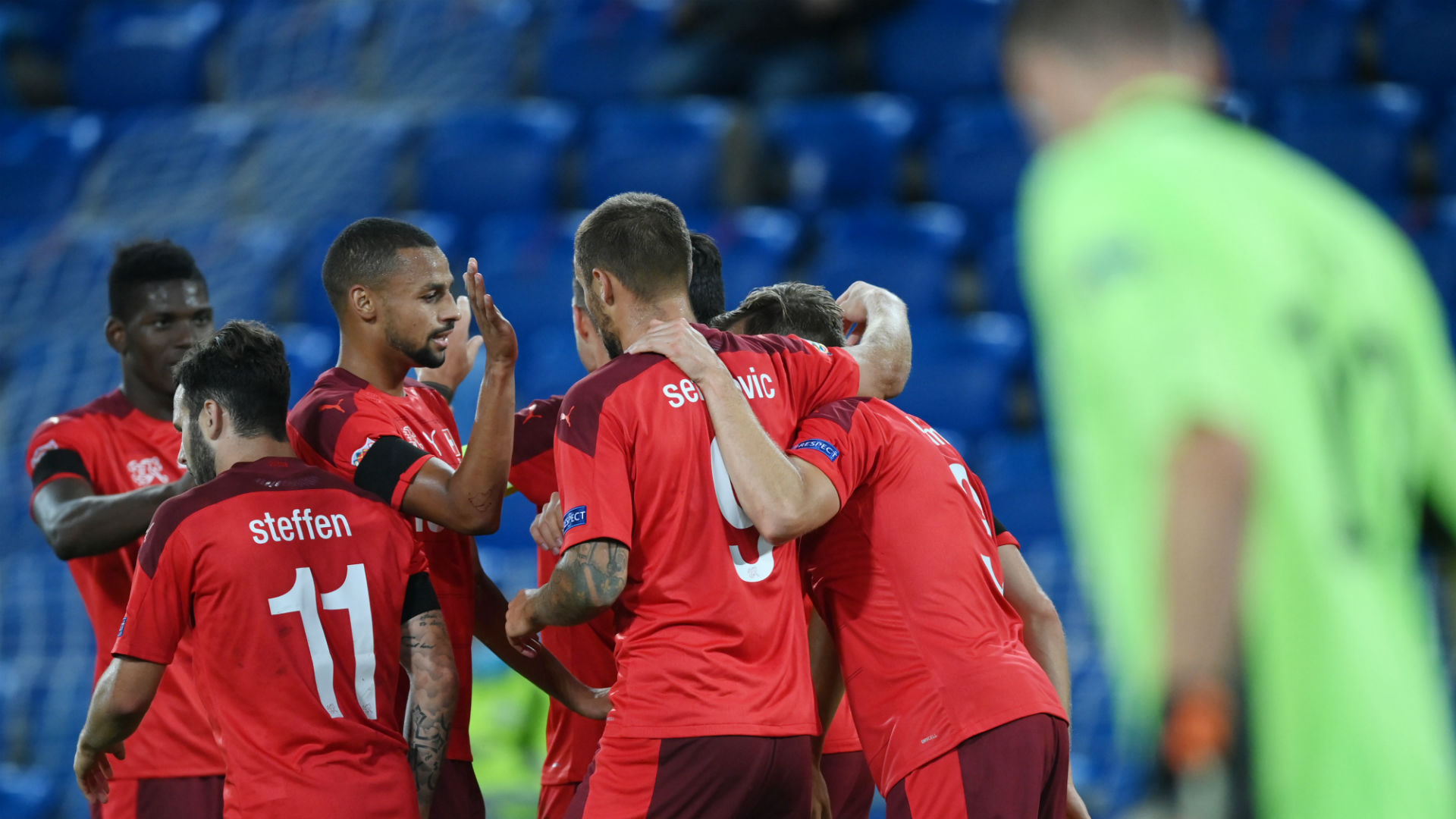 Silvan Widmer’s equaliser left Germany still waiting for a win in the Nations League as they were held by Switzerland at St-Jakob Park.

Germany are still waiting for their first Nations League win after they were held to a 1-1 draw by Switzerland on Sunday.

The 2014 World Cup winners were relegated from League A in the inaugural 2018-19 Nations League but a change in format to the competition saved them from demotion.

Die Mannschaft’s winless run was extended to five games with a draw against Spain on Thursday and they were again frustrated in Basle.

Ilkay Gundogan gave Germany the lead inside the opening quarter of an hour but an inability to convert chances came back to hurt Joachim Low’s men as Silvan Widmer’s well-taken goal secured a share of the spoils for Switzerland.

Germany dominated possession early on and were rewarded in the 14th minute when Gundogan rounded off a well-worked move by meeting Matthias Ginter’s pull back with a composed low finish from the edge of the area.

Switzerland responded well to going behind and could have been level had Haris Seferovic made proper contact with Djibril Sow’s cross.

Julian Draxler spurned a chance to double Germany’s lead when he shot straight at Yann Sommer following good work down the left from Timo Werner, who then volleyed over the bar as Switzerland continued to look vulnerable at the back.

The hosts remained an attacking threat, however, Seferovic clipping the outside of the post before Granit Xhaka forced Arsenal team-mate Bernd Leno to turn his long-range drive over the crossbar.

Draxler saw an effort deflected wide seven minutes after the break and Germany’s failure to double their advantage was punished when Breel Embolo cut in from the left and laid off for Widmer to find the bottom-left corner with a first-time finish.

Switzerland looked the more likely to find a decisive goal in the closing stages, with Germany’s ability to keep them at bay likely cold comfort to Low as their winless run in this competition goes on.

What does it mean? Germany with work to do in Finals quest

This result, combined with Spain’s win over Ukraine, means Luis Enrique’s men are two points ahead of Germany in Group A4.

Overhauling La Roja and earning a spot in the Finals will be a difficult task for Low’s side, while Switzerland are bottom of the group after picking up their first point.

Gundogan in the goals

The opener was a first goal since January for Manchester City‘s Gundogan, with his confident finish surely a welcome sight for Low and his club manager Pep Guardiola.

Germany were without several members of Bayern Munich‘s treble-winning side but the team they put out should have had enough to see off Switzerland. Low will have been disappointed to see players of such calibre waste as many chances as they did.

The next international window in October sees Germany host Turkey in a friendly before their search for an elusive Nations League win takes them to Ukraine.

Spain are next for Switzerland in the Nations League following a friendly with Croatia.