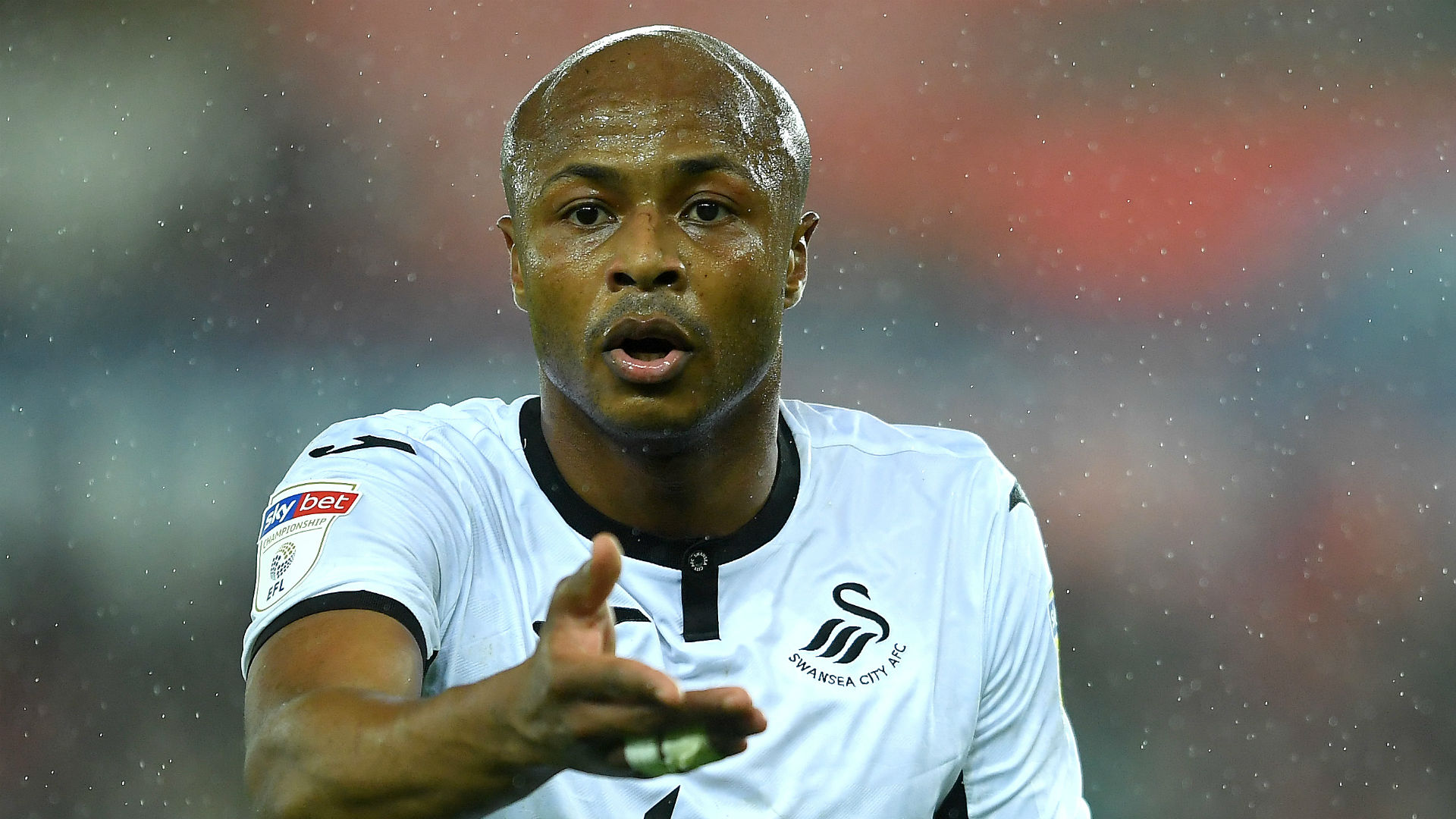 Swansea City manager Steve Cooper said there will be transfer talks with Andre Ayew at the end of the season to decide his future.

Ayew joined the Swans on a three-year deal from West Ham United in 2018, and he is in the final year of his contract at the club.

Ahead of their final game of the season on Wednesday, Cooper disclosed that the Ghana international is focused on helping Swansea City make the playoff spot as they target victory against Reading first before discussing his future.

“I’m sure we’ll have that conversation again, but now it’s just about Wednesday,” Cooper was quoted as saying by Wales Online.

Aside from his leadership role, Ayew has been a key figure in Cooper’s side this season with his attacking presence that’s seen return 15 goals and six assists in 43 Championship outings.

The Welsh tactician lauded the qualities of the 30-year-old and his professionalism.

“I can’t speak highly enough of him. He’s not on his own, with Nathan [Dyer], Wayne [Routledge], Kyle [Naughton], Erwin [Mulder],” he added.

“The older players are a real credit to themselves and the football club.

“Andre’s been really great hasn’t he. You’ve all seen him on the pitch and the contribution he’s made and the energy levels that he gives. He leads by example when he’s playing and when he’s training.

“He’s a very good person and a really good professional. It’s been brilliant to see how a top player operates, so I can’t speak highly enough of him. I just hope he does the business again on Wednesday.”


Source link
2020-07-21
admin
Share
Previous Liverpool want £6m for Karius as Montpellier register interest
Next Why do footballers kneel before a match? What ‘taking the knee’ means in sport