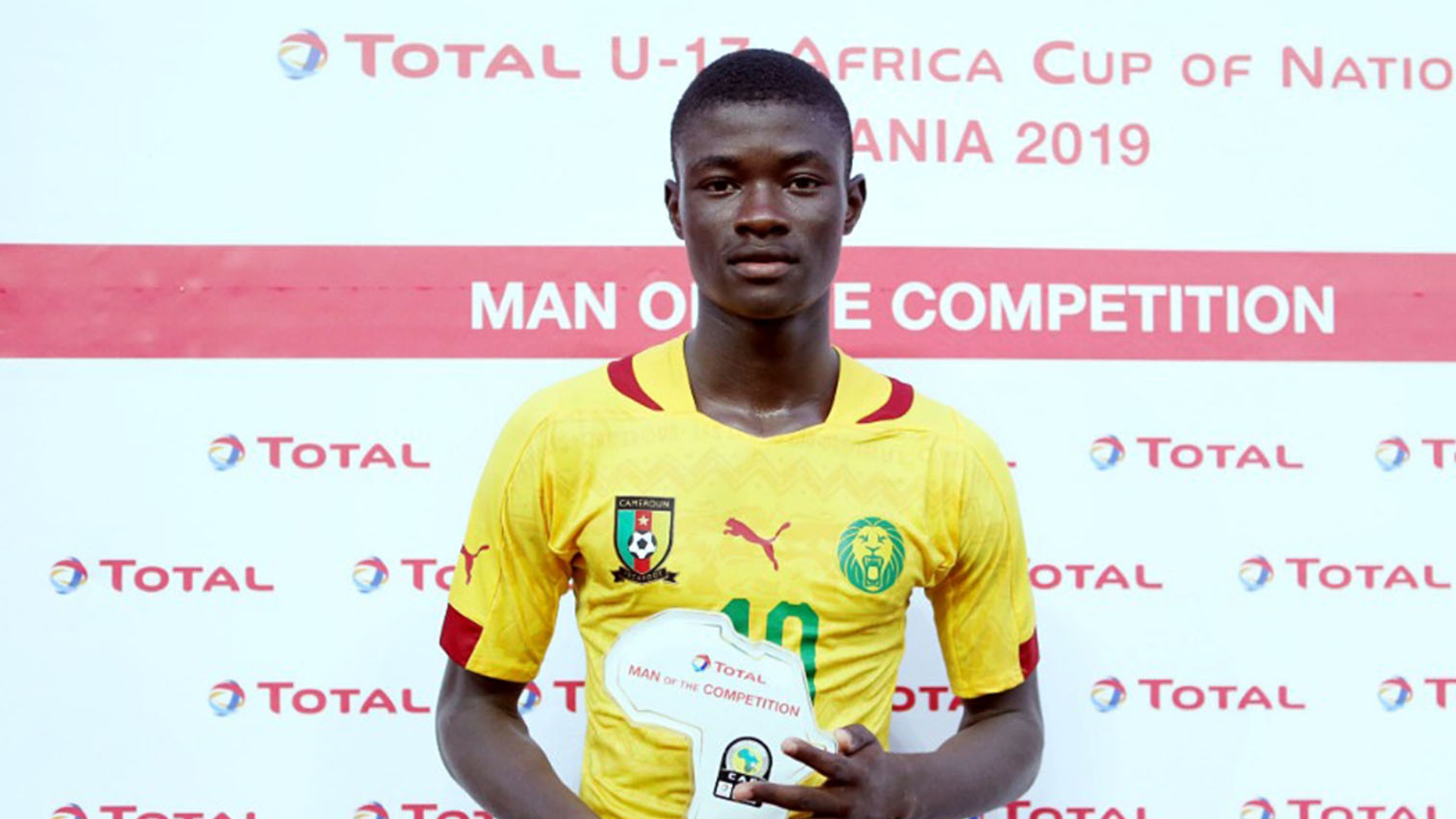 The teenager, son of Regine Mvoue – the first ever captain of Cameroon women’s team will continue his development with the Violets, who will commence life in French Ligue Two next season.

At the Stadium de Toulouse, he joins his elder brother Stephane Zobo who is expected to help him settle down quickly in Patrice Garande’s squad. Zobo scored twice in Cameroon’s 2017 U-17 Africa Cup of Nations campaign in Gabon.

Mvoue announced himself to the beautiful game having featured in the 2019 Africa U17 Cup of Nations where he helped Cameroon win a second African title in Tanzania and was named as tournament’s best player in the process.

In June 2019, he was handed his senior international debut under former coach Clarence Seedorf, coming in as a 68th minute substitute for Paul-Georges Ntep as the Indomitable Lions defeated Zambia 2-1 in an international friendly.

At the Fifa U17 World Cup staged in Brazil, he could not help his team progress past the group stage from Group E which had Spain, Argentina and Tajikistan.

“It’s a great joy for me to officially sign with the Toulouse Football Club,” Mvoue told club website.

“For a long time, and even since my first visit here, I had this desire to engage with the club, and work with people I know and with whom I get along very well.

“Now I want to focus only on the field, and perform with the club. I will first have to recover from my injury. I’ll be patient, and I’ll come back even stronger!”

He also went on social media to show his excitement following the move to the French team while showing appreciation to his mother and Barcelona and Inter Milan great Samuel Eto’o.

“I am happy to announce my signature at Toulouse FC thank you God, my family, my relatives, my mother Mvoue Regine who trained me since I was little, my management group Utopia Group, May God bless thank you to all #Forzaviola. Thank you dad Samuel Eto’o,” he tweeted.

2020-07-28
admin
Share
Previous Woman mauled to death in shark attack off Maine where she was swimming with pal – The Sun
Next Coronavirus: Safa welcomes PSL's decision to resume and finish the season