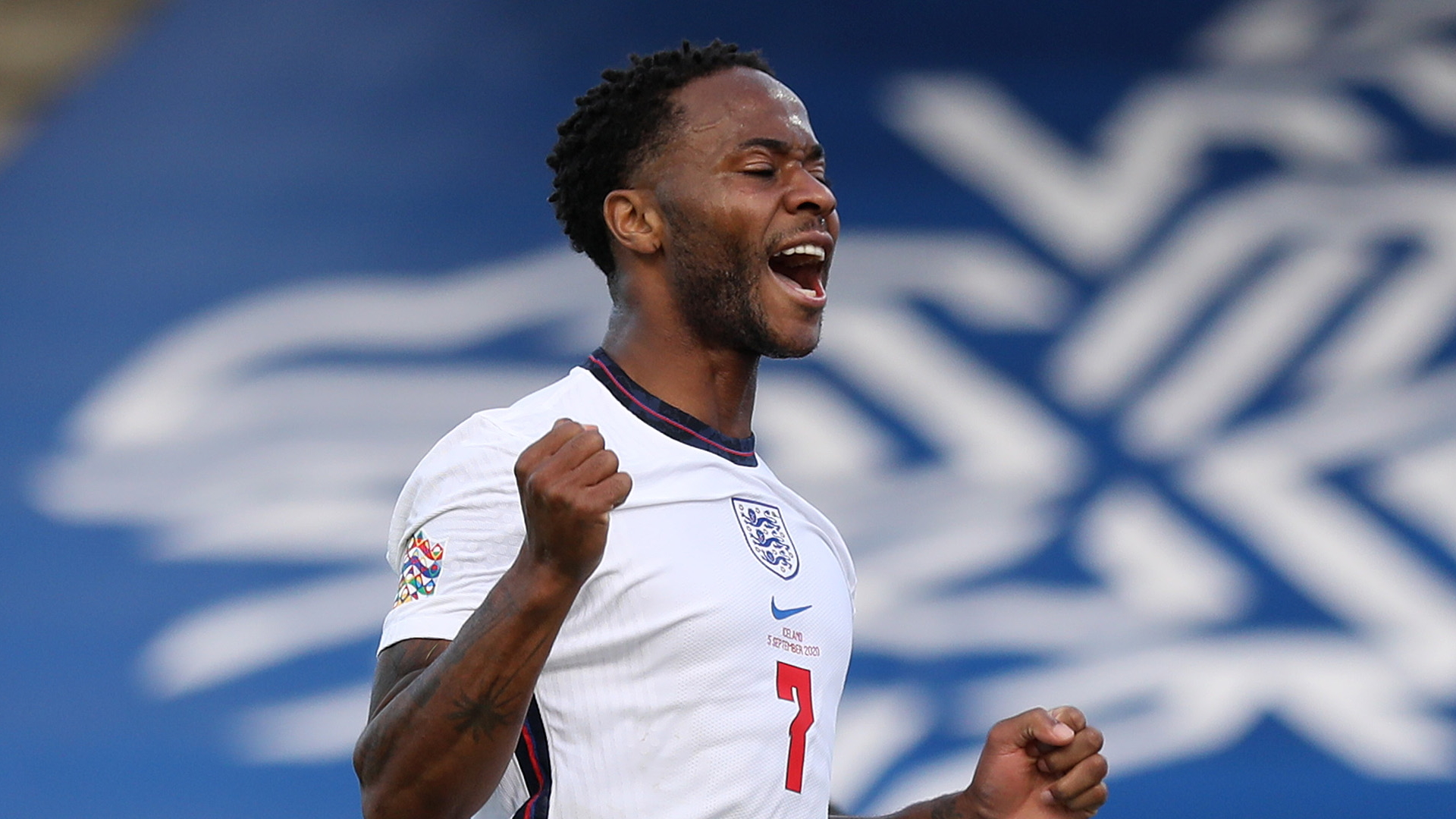 Raheem Sterling has “taken his game to another level”, according to Gareth Southgate, who has lauded the “exceptional” England winger after Saturday’s win over Iceland.

England took to the field for the first time in ten months against Iceland in Reykjavik over the weekend, and recorded a 1-0 victory to open their latest UEFA Nation’s League campaign on a positive note.

Sterling proved to be the match-winner on the night, as he won a late penalty before stepping up to coolly convert from 12 yards himself.

The Manchester City star has now hit 11 goals in his last 12 outings at international level, and Southgate has been delighted with his impact on the rest of the squad.

The Three Lions boss also praised Sterling for reporting to pre-season training early and his winning mentality, telling reporters: “His hunger to score, his hunger to win things, his hunger to drive himself, you really can’t underestimate it.

“It has a massive impact on everybody around him and really has taken his game to another level.

“I can’t speak highly enough of him, really. It would have been very easy to have another few days on the beach, not report in, get himself right for his club at the beginning of the season.

“His mentality the whole week has been exceptional. Desperate to be here, desperate to play, desperate to stay on, I thought he carried the fight when we went down to 10 men.

“He took the responsibility of the penalty, and I thought it was outstanding character throughout – his desire to win and succeed is exceptional.”

Southgate will likely shuffle his pack when England take on Denmark on Tuesday, with captain Harry Kane among those who could be rested ahead of the new Premier League campaign, which kicks off on September 12.

The Tottenham striker looked rusty in the clash with Iceland, having missed a large chunk of pre-season after being quarantined upon his return to England from a family holiday in the Bahamas.

Southgate says that although Kane remains a key part of his squad, England have plenty of quality attacking players who can step up in his absence.

“Harry is a supreme goalscorer and is critical to the way we play,” he added.

“Equally, we have some tremendous threats which will be clear as the next few months develop – with Raheem in particular.

“Obviously we’ve spoken about Jadon [Sancho] already, Mason [Greenwood] is coming though, Marcus Rashford is of course at home.

“The nice thing is that we won’t be leaning just on Harry and I think games like the win in Spain (a 3-2 Nations League victory in October 2018, with two Sterling goals and one from Rashford) show that goals can come from elsewhere.”