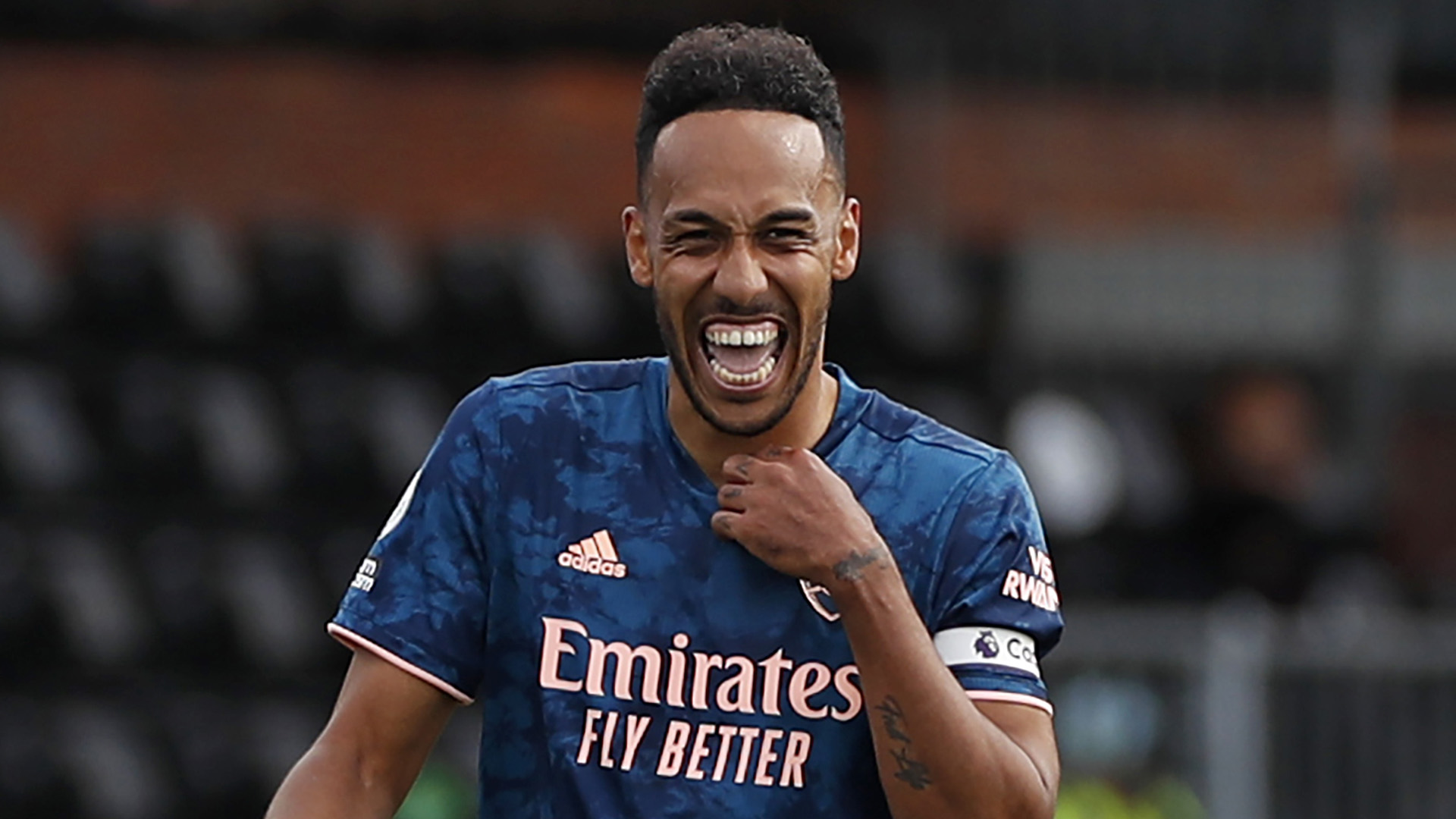 Pierre-Emerick Aubameyang says Mikel Arteta convinced him to stay at Arsenal to build a legacy at the club.

The striker put an end to speculation surrounding his future on Tuesday when he signed a new three-year contract with the Gunners.

The 31-year-old’s previous deal was set to expire at the end of the season and Barcelona and Inter were reported to be interested in signing him.

But a conversation with the Arsenal manager persuaded the fan favourite to remain and become a real club legend.

“I had quite a lot of time to think about it. I’ve been thinking about it since a year [ago],” he said in an interview with former Arsenal star Ian Wright.

“I also had a chat with Mikel, that I think he gave me something very clear about the idea of the future of the club and about me.

“He was straight and honest and that’s what I like because we are always honest. He said: ‘Okay, you can maybe leave. I don’t know what your mind is [thinking] right now, but you can leave and go for trophies at other clubs or you can stay here and have a legacy’.

He added: “We had a chat when we were in lockdown, he called me. Normally we have to speak about a game. I had to do a summary. You have to explain how the game works.

“He called me and said: ‘Forget about it’. I had prepared maybe two pages and he said: ‘Yeah, forget about it. Let’s talk about real things’.

“He said: ‘I want to be honest with you, how do you feel?’ I was like, I have to say the truth: ‘I feel very good’, it was maybe two or three months that he was here. [In] training, you can feel the passion. You can feel everything from this guy. He is so good and he’s the kind of guy who you can trust in him.

“That’s why I said to him: ‘I feel very good. What you said to me about legacy and stuff, I really think about it. I think it’s the right way and the true way to go’.”