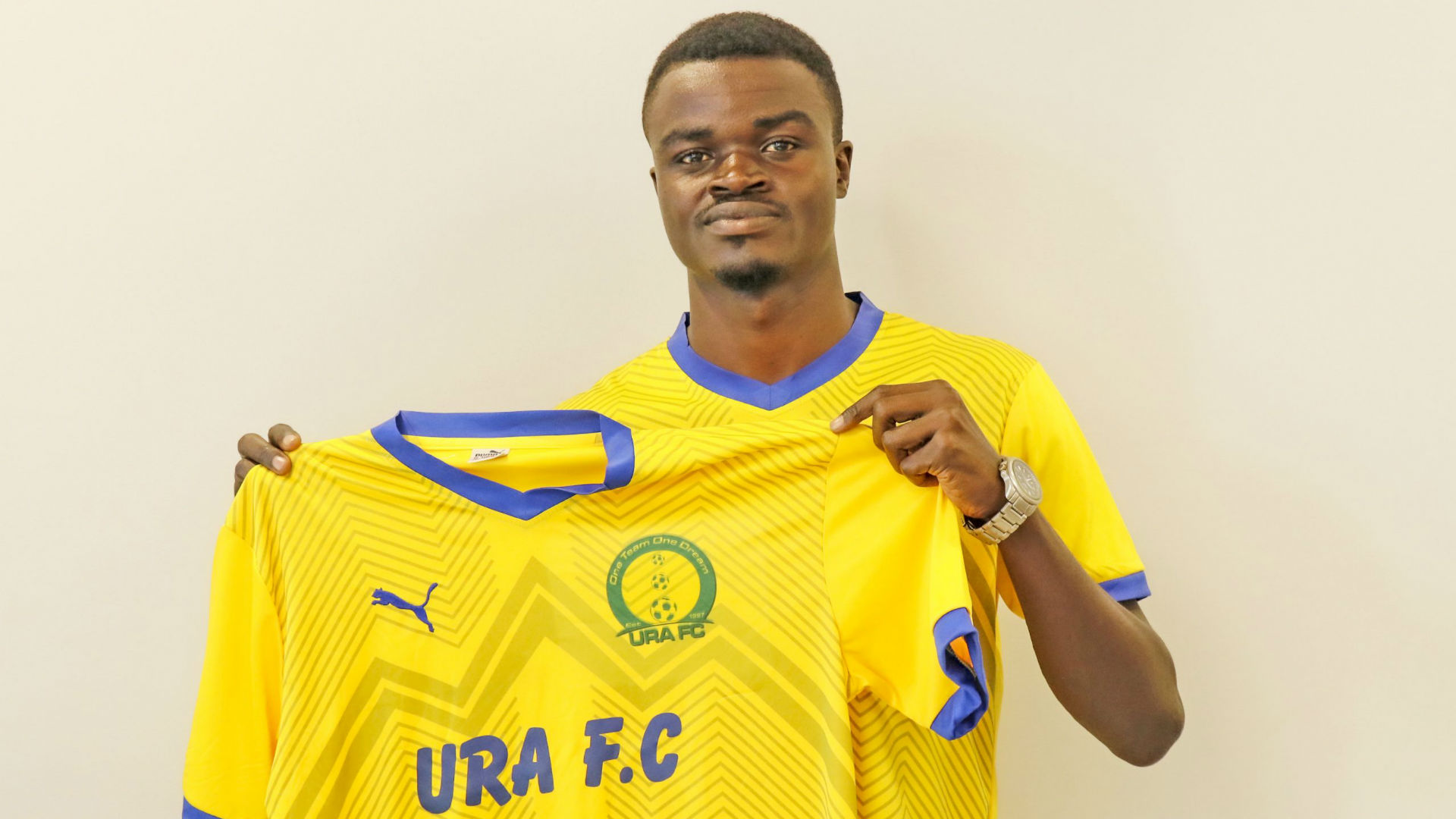 Uganda Revenue Authority (URA FC) has revealed they will make sure new signing Jackson Nunda is free of injuries at the club.

The former KCCA FC player was unveiled on Wednesday as the first signing for the Tax Collectors ahead of the new Ugandan Premier League (UPL) season which will kick-off in October.

Nunda penned a three-year deal, which will keep him at the club until 2023.

URA coach Sam Ssimbwa has now explained the injury problems the player faced while turning out for KCCA and has promised to help the player have his peace of mind while with the club.

“He had a medical and we were assured he’d be fine. It seems he could not cope with the artificial turf at Lugogo,” Ssimbwa is quoted by Daily Monitor. “It is a difficult surface for many players to train on twice or thrice a day. He’s not the only one to struggle on such a surface.”

Ssimbwa is also confident the player will help them achieve their set targets for the new season.

“Even if he plays 20 games and wins 15 of them for us. That would be enough. I’m on the record being against players training on the artificial turf twice a day because of my coaching experience in Rwanda,” Ssimbwa continued.

Speaking after being unveiled, Nunda said he had signed for the club because he feels they are capable of going back to their glory days of winning trophies.

“I chose URA because it’s an ambitious team and I love the competitiveness in the club. Of course, I don’t expect it to be a walk in the park as I have to compete for a place in the team.

Nunda becomes URA’s first signing following his arrival from KCCA, where he has been for four and a half years while the club is also on the verge of unveiling Police left-back Arafat Galiwango in due course.

Meanwhile, Ronald Kigongo has renewed his stay with the Tax Collectors by a further three years after his contract expired in June 2020.