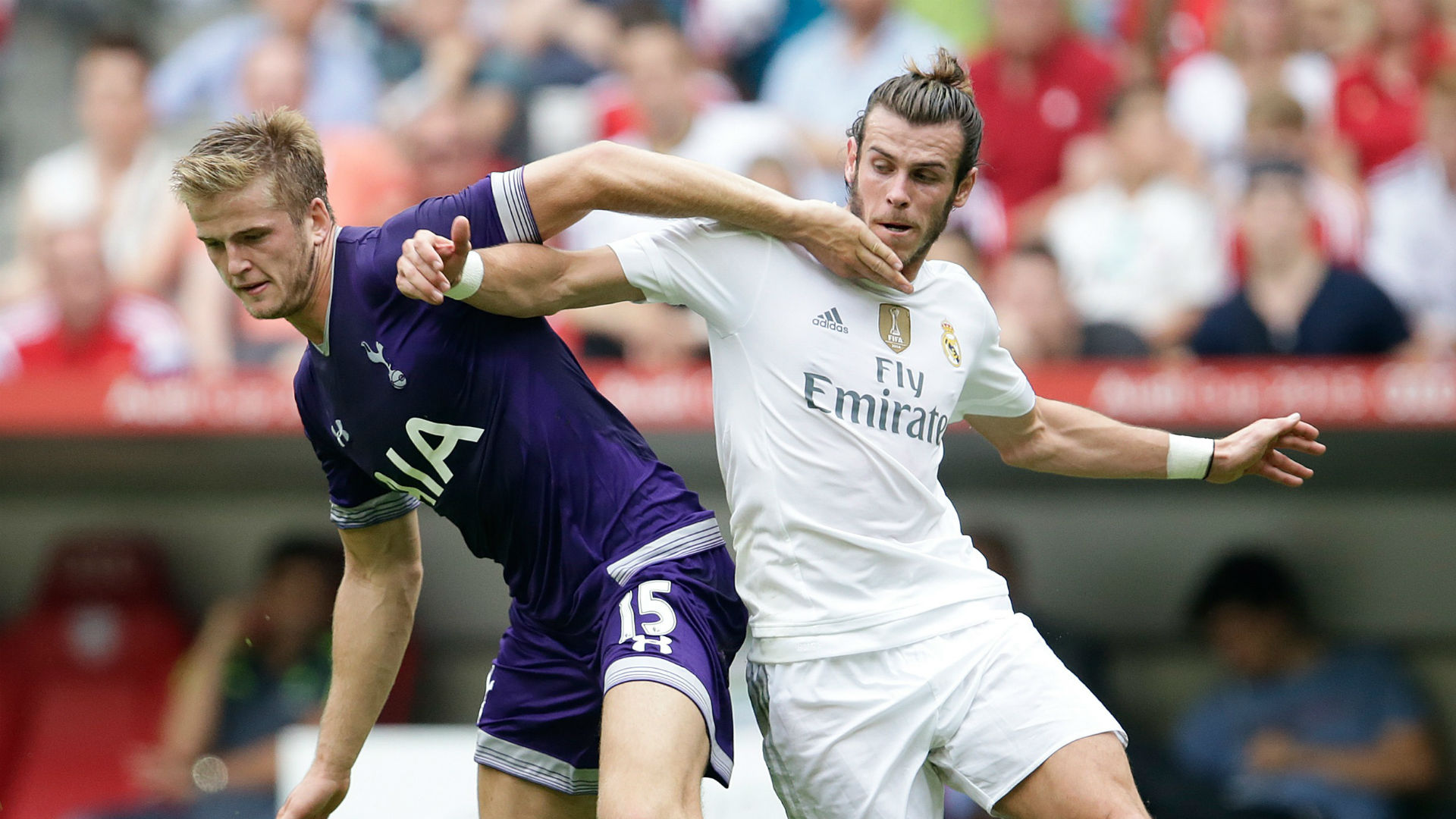 With negotiations between Real Madrid and Tottenham ongoing over a deal for the Welshman, the England international gave the squad’s perspective

Eric Dier understands the buzz surrounding Gareth Bale’s potential return to Tottenham but insists he is unaffected by any speculation.

Bale could be in line to return to Spurs seven years after leaving for Real Madrid, with Los Blancos reportedly keen to get the Wales star – who played just 20 times for his club last season – off their books.

Jonathan Barnett, Bale’s agent, confirmed on Wednesday that talks were ongoing over a deal, though would not say if an agreement was close.

However, Dier insisted he and the squad do not let transfer speculation impact their performances.

“I’m sure from the fans’ point of view, when you’re linked with a player of that level it’s obviously exciting,” Dier told a news conference ahead of Spurs’ Europa League qualifier against Lokomotiv Plovdiv. “For me personally, it doesn’t really affect me in any way. It’s not the first time and it won’t be the last time.

“There’s constantly speculation, lots of different talk. Every day people are trying to fill the newspapers and the websites, personally it doesn’t really affect me in any way. I’m quite used to it.”

@ericdier: “As players we’re all very self critical and I don’t think anyone will be as critical of us as we will be. We just need to move on. It’s about how you react.”#THFC #COYS pic.twitter.com/4BYtXFnNlN

Dier also added that there had not been any discussion about Bale between the squad members.

“No, nothing on the WhatsApp group. Obviously there’s a lot of speculation and it’s impossible not to see it but it’s not for me to speculate,” the England international, who does not believe Spurs’ dressing room is in need of a lift despite a poor performance in their season-opening game against Everton, said.

“I don’t know because he’s still at Real Madrid, I really can’t talk about a player from another team. It has really got nothing to do with me.

“The dressing room isn’t in a bad place, we’ve had one game. Pre-season was in very difficult circumstances. The mood has been very positive within the group.

“I’m still really excited for the season, feel upbeat. We didn’t start in the way we wanted to, but still feel we’re in a very good place. It’s all about taking every game as it comes and being fully focused on tomorrow. We need a good result.”

Spurs have signed Matt Doherty and Pierre-Emile Hojbjerg this transfer window and are also being linked with Bale’s Madrid club-mate Sergio Reguilon, but Dier does not believe the squad is in desperate need of fresh faces.

2020-09-16
admin
Share
Previous Werner: Moving to Chelsea was a ‘hard decision’ but the right one after Liverpool interest
Next Ex-Kaizer Chiefs goalkeeper Vries among six players retained by Moroka Swallows