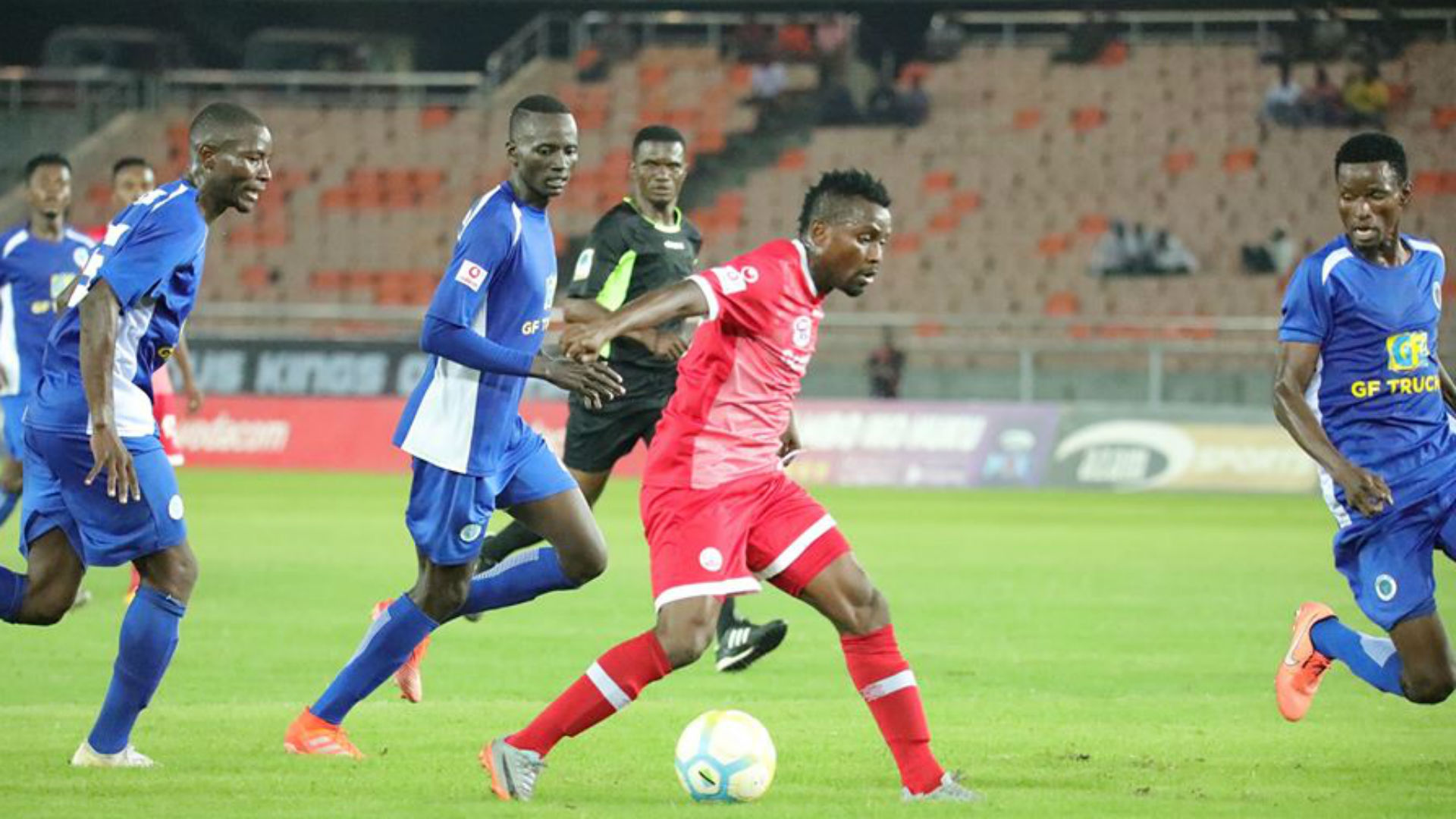 Mbao FC boosted their chances of playing in the Tanzania Mainland League next season after a hard-fought 3-2 win over champions Simba SC.

Rajabu Rashidi, Waziri Junior and Jordan John were on target for the Mwanza based side with Meddie Kagere and Miraji Athumani replying for the hosts.

The newly crowned champions came into the match aiming at bouncing back from three successive 0-0 draws in the top-tier against Tanzania Prisons, Ndanda FC and Namungo.

However, the 4-1 win in the Kariakoo Derby in the FA Cup quarter-final over sworn rivals Yanga SC was to motivate Wekundu wa Msimbazi on Thursday.

For the Mwanza based side, a win was vital considering their status on the table. Mbao came into the match in 19th position with 35 points, and with a handful of games remaining, a win was vital.

The visitors needed just five minutes to get their deserved lead. Ali Salim pulled a fantastic save to deny the relegation-threatened side, but the danger was not cleared. A fierce strike from 25 yards was not cleared by the keeper, but the rebound fell kindly to Rajabu Rashidi who took it well to hand his team the lead.

In the 33rd minute, the 21-time league champions levelled matters. Gadiel Michael was fouled in the danger zone by Abdulrahman Said and the referee pointed to the penalty spot. Rwandan Meddie Kagere rose for the occasion to score his first goal since the league resumed and his 20th in the 2019/20 season.

With a few minutes to the break, Herbert Lukindo picked Waziri Junior between the defenders, and the latter took a one-time shot to restore his team’s lead.

The Sven Vandenbroeck-led charges came back strongly in search of an equalizer. Muzamiru Yassin forced the goalkeeper to an excellent save in the 52nd minute. The ball went out for a corner and Miraji Athuman managed to capitalize on it.

The defenders let him loose in the red zone and the attacking midfielder capitalized on the advantage to head the ball past the goalkeeper and into the net.

Mbao were determined to get maximum points from the game and their effort was rewarded once again with minutes to go. The impressive Lukindo capitalized on his marker’s slip up to pick out Jordan John.

John turned his defender inside out before comfortably beating Salim from about 10 yards to score his team’s third goal. It turned out to be the winner

It was the first time Mbao defeated Simba in Dar es Salaam.

They will now have to win their three remaining matches to stand a chance of playing in the league beyond this season. They are on 38 points, just three below safety.