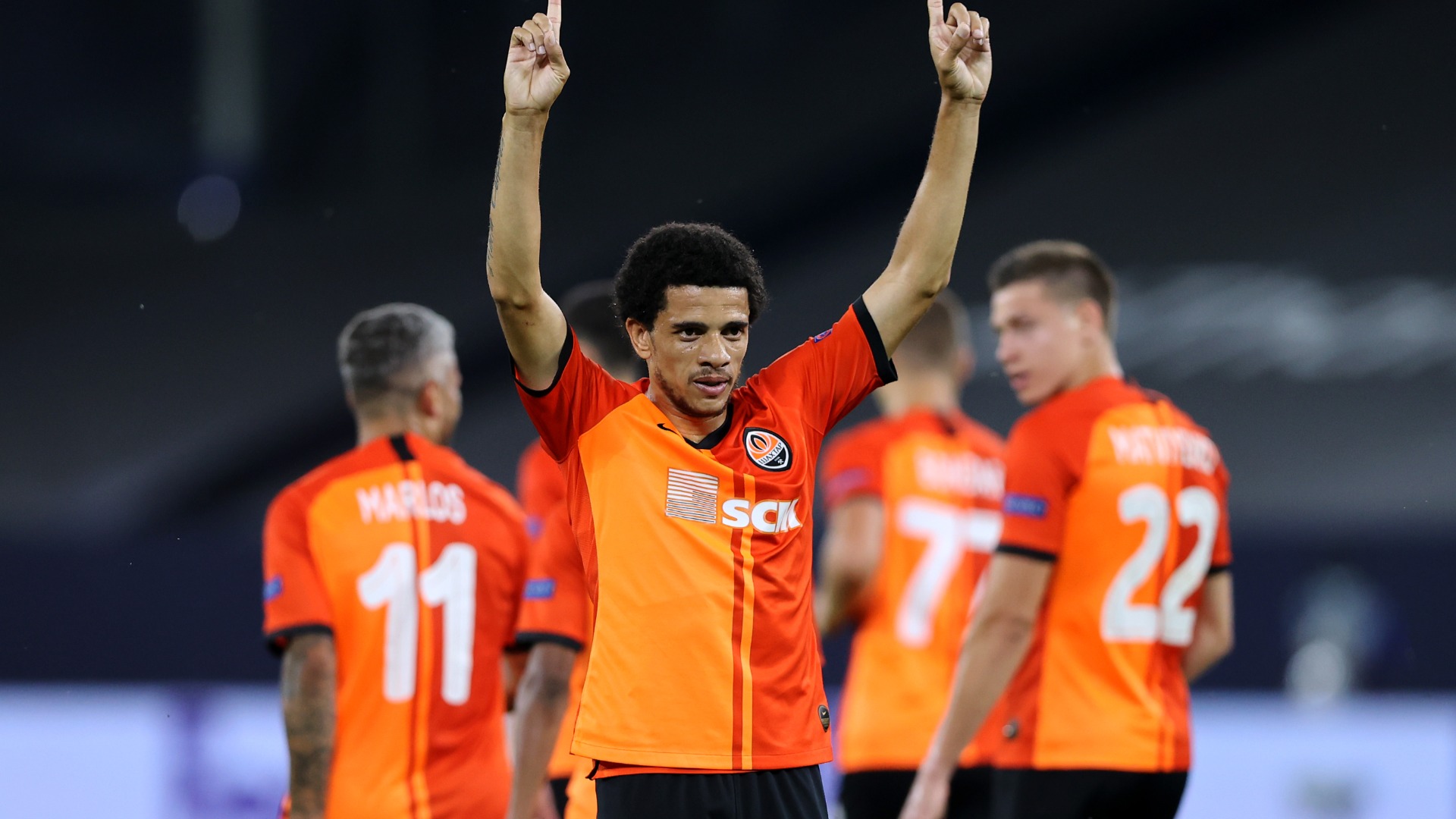 Basel were outclassed in the quarter-finals of the Champions League as Shakhtar Donetsk advanced to take on Inter.

Shakhtar Donetsk eased past Basel 4-1 on Tuesday to book an intriguing Europa League semi-final against Inter.

The 2008-09 UEFA Cup winners made light work of their Swiss opponents in Gelsenkirchen after scoring early through Moraes.

Taison doubled Shakhtar’s lead and further goals could and perhaps should have followed long before Alan Patrick’s penalty made it three as Basel were dominated in the one-legged last-eight tie.

Shakhtar, who got a late fourth through Dodo, will surely now back themselves to at least cause Antonio Conte’s Inter problems next week, although this routine victory did little to test their readiness.

Luis Castro’s side led after just 100 seconds with the aid of some generous goalkeeping from stand-in Djordje Nikolic.

Marlos delivered a corner from the right and Nikolic, playing due to Jonas Omlin’s injury, lunged hopelessly towards the ball, granting Moraes an open goal when he got there first with the header.

Afimico Pululu shot agonisingly across the face of goal at the other end, but Shakhtar remained in control and the second soon followed.

A speedy break from halfway resulted in Marlos controlling on the right corner of the box, taking his time to pick out Taison, whose wayward attempt was deflected high into the net by Fabian Frei.

Nikolic saved smartly from Moraes and was alert again as Marlos rifled an effort goalwards from 20 yards, before Marcos Antonio swept a stunning strike against the crossbar.

Leading 2-0 in the @EuropaLeague quarterfinal through the goals by Junior Moraes and Taison.#ShakhtarBasel #UEL pic.twitter.com/Odk0nYTona

Basel belatedly enjoyed a better spell just after the hour mark, but a VAR review did not provide Pululu with a penalty and then Arthur Cabral squandered a big opportunity, lifting his finish wide of goal with Andriy Pyatov stranded.

There would be no fightback as Taison went over in the area and a spot-kick did this time follow, allowing Alan Patrick to calmly beat a scrambling Nikolic.

There was still time for Dodo to thump in number four following Mateus Tete’s well-timed pass on the counter, with Ricky van Wolfswinkel’s stoppage-time tap-in from Kemal Ademi’s centre the scantest of consolations.

What does it mean? Elite European experience tells

This Shakhtar side are experienced campaigners in continental competition and made the most of the absence of a couple of key men in the Basel XI, with Nikolic and centre-back Jasper van der Werff each struggling.

The Ukrainians showed their nous throughout a comfortable triumph, pouncing on Basel’s errors while making few of their own. Inter should prove a different proposition.

Shakhtar’s best work was channelled through Marlos, who excelled from set-pieces and so often picked the right pass in open play – as evidenced by his assists.

The second goal in particular came courtesy of the winger’s calm in the final third. With Shakhtar players bombing forward, Marlos steadied himself and, when he might have rushed a shot, teed up Taison.

Shakhtar were clear favourites coming into this clash, but Basel did not need to look far for inspiration. Quarter-final underdogs Copenhagen had taken Manchester United to extra-time on Monday.

But where Copenhagen kept things tight and relied on a standout performance from their goalkeeper, Basel’s Nikolic quickly erred. The inexperienced 23-year-old was foolishly tempted from his line with less than two minutes on the clock and gave his side a mountain to climb.

Shakhtar might find next opponents Inter a little less accommodating when they meet in Dusseldorf next Monday.