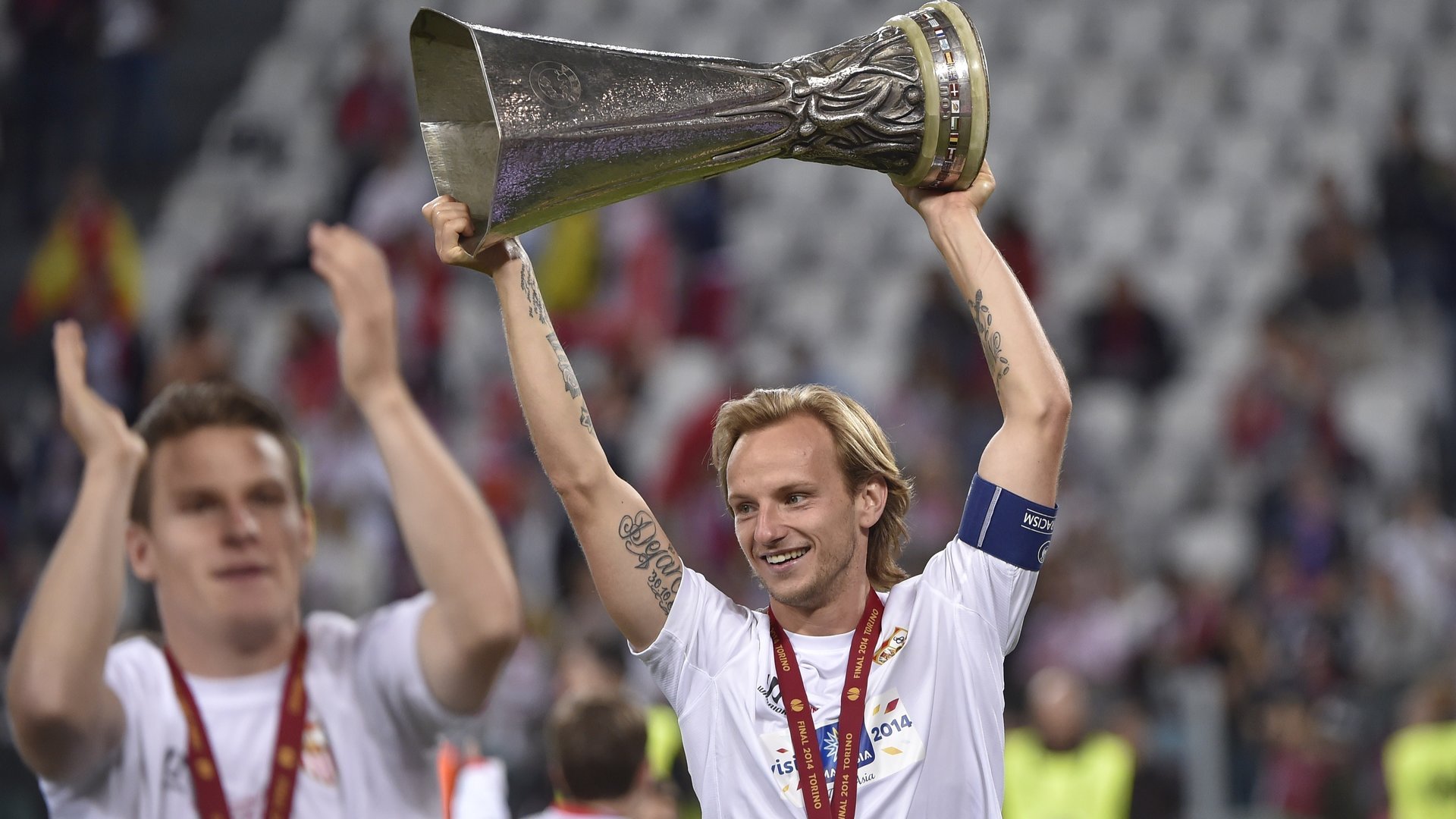 After securing a return to his former club, the Croatian midfielder wants to help take them to the next level in the league and Europe

Rakitic, 32, completed his comeback to Sevilla on Tuesday as it was confirmed he had signed a four-year deal, with the Andalusian club paying an initial €1.5million, while another €9m could be due in performance-related variables.

The transfer sees Rakitic return to the club where he established himself as one of Europe’s best midfielders in a three-and-a-half-year spell, helping them to Europa League success in 2013-14.

That was just a taste of what was to come at Barca, as Rakitic lifted 13 trophies in Catalonia, and now he is hoping to take Sevilla to the next level.

Having just won a fourth Europa League crown and with Barcelona in disarray, even club president Jose Castro recently suggested Sevilla are letting themselves dream of a first league title since the 1940s.

“With all due respect, the sixth [Europa League title] is already ours and we want it like no one else,” Rakitic told reporters during his presentation on Wednesday evening.

“But we want to take the next step, both in La Liga and in the Champions League. We all know what that means, but we don’t want to put more pressure on each other either.

“But we do want to know which direction we want to go. I’m really looking forward to it.

“The situation is different from how I arrived nine years ago, especially because of the situation of the team and the environment.

“I’m in a team that’s a champion, and luckily I know what that means. I was able to be the first foreign captain since [Diego] Maradona and this season I want to pass on to my team-mates and my family, which is what they are, that this is still the case.

“There is great potential, they work impressively, with a great coach and coaching staff. From me you can expect maximum.

“It’s not just getting here, I want to help the club, the team-mates and the fans take the next step. I’m very happy and excited to come home. I’m very grateful also for how it all turned out, which was how we wanted it to be.”

A fan favourite during his previous spell at the Ramon Sanchez Pizjuan, Rakitic was known to have a strong affinity with the city through his wife and rarely shied away from displays of passion for Sevilla during his Barca days.

The most recent of which saw Rakitic throw himself into his swimming pool in celebration of Sevilla’s latest Europa League triumph, and although some Barca fans criticised him for it at the time, he made no apology.

“When I threw myself into the pool I was only celebrating, like another Sevilla player, the title,” he said. “There was no other thought, only the joy of what the team had achieved.

“We like that the fans feel as close as possible to us and I felt like one more fan. They were very exciting games and it was a great joy. The dip in the pool was good for me because I had sweated a lot!”

“The day it was all closed would have been his birthday,” Rakitic said. “These are moments where words aren’t needed.

“We all know what Jose means to us and to those who like football. He had a special talent. I know he’s watching me and supporting me and that he’s happy for me.

“I wish I could see him happy and that much of this is for him, of course.”