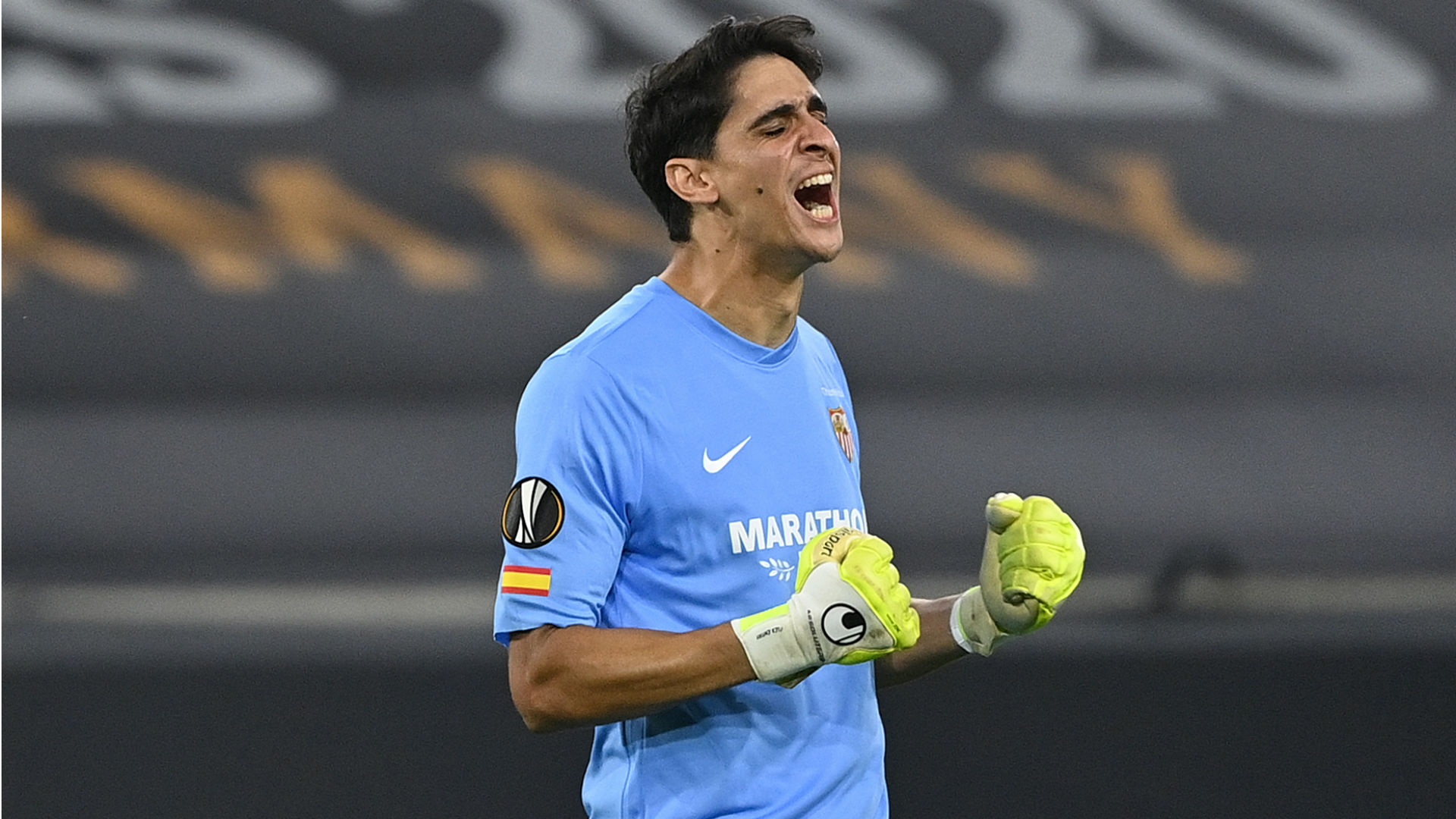 After helping Los Nervionenses beat Wolverhampton Wanderers, the Morocco international is looking forward to the semis against the Red Devils

The 29-year-old who is on loan from Girona was one of his side’s heroes as they beat Wolverhampton Wanderers 1-0 at the MSV-Arena.

Bounou’s biggest moment was when he saved Raul Jimenez’s first-half penalty which proved decisive for the Spaniards before Lucas Ocampos headed home two minutes from full-time to guarantee victory.

In the process, he became the second African to save a penalty in the Europa League since Algeria’s Rais M’bolhi for CSKA Sofia against Porto in December 2010.

Having saved Raul Jimenez’s penalty, #Sevilla‘s Yassine Bounou becomes the second African to save a penalty in the @EuropaLeague since Rais M’bolhi (Algeria) for CSKA Sofia against Porto in December 2010. pic.twitter.com/Wba0O4BFU6

Following this result, they will now square up against the Red Devils – who beat Copenhagen 1-0 after extra-time on Tuesday – in their quest to reach the tournament’s final.

While praising his team for a job well done, the goalkeeper stated that Sevilla are now thinking of their next fixture versus Ole Gunnar Solskajer’s team.

“I’m very happy with the work of all the team. We faced a very well-organised team, hard-working at the back, waiting for the counter with quick players upfront. We kept going and got our reward,” Bounou told club website.

“Very exciting, both for us and for the Sevilla fans. The Europa League is an important competition for the club and we’ll go with that excitement, not thinking about anything else. We’ll think about the next match and nothing else.

“During the season the team was always growing, but now the aim is very clear and you can see that in the players’ performances.”

Even at that, he sees himself as a key member in Julen Lopetegui’s star-studded squad.

“I always enjoyed and felt like an important player at Sevilla, beyond playing or not,” he continued.

“I always felt like I was on the boat. I always gave the best of me from where I played, and now that it is my time to play, even more so.”