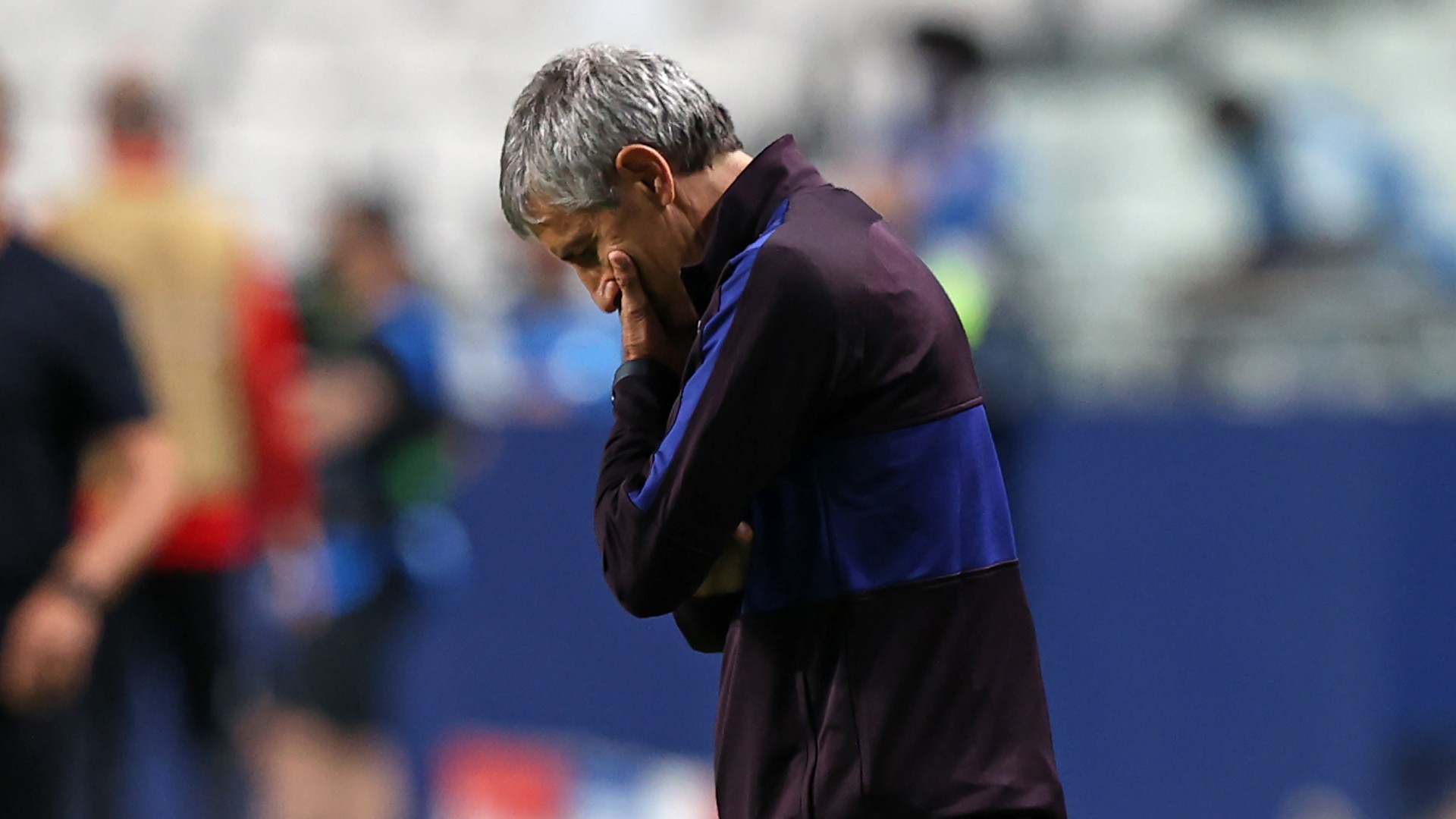 Barcelona coach Quique Setien refused to comment on questions about his future after leading the Catalans to one of the worst defeats in their history at the hands of Bayern Munich on Friday.

The Blaugrana had no answer to Bayern’s attacking force as they slumped to an 8-2 reverse in the Champions League quarter-final, ending their hopes of finishing their troubled 2019-20 season on a high.

Setien took over from Ernesto Valverde in January and proceeded to throw away a narrow lead at the top of La Liga to allow Real Madrid to take the title, raising questions over his suitability for the role even before Friday’s meltdown.

And he struggled to explain what went wrong after the match while assuring that it was too soon to talk about his future at the club.

“It was a tremendously painful defeat. I think there were too many goals,” he explained to Movistar.

“The team was overwhelmed, we had started pretty well. But the dominance of [Bayern] in a lot of aspects was too much for us.

“Right now everything is too close to think about whether I will stay on or not, [future changes] won’t be up to me, we have to reflect on this properly, taking into account the situation and the importance of such a humiliating, painful defeat.”

Barca stalwart Gerard Pique was among the most critical of his side’s capitulation, going as far as to offer to step down from the team in order to make wholesale changes ahead of the coming 2020-21 season.

“I won’t get into that. I’ve been here only six, eight months,” Setien said when asked about the defender’s outburst.

“I don’t know, right now there is enormous frustration and all we can do is make our conclusions and decisions for the future. In a club of this size, this hurts a lot.”


Source link
2020-08-15
admin
Share
Previous Mom ‘plotted with QAnon supporters to kidnap son from foster care believing he was taken by satanist pedophiles’
Next 'If we need new blood, I'll be the first to go' – Pique admits Barca must change after hitting 'rock-bottom'