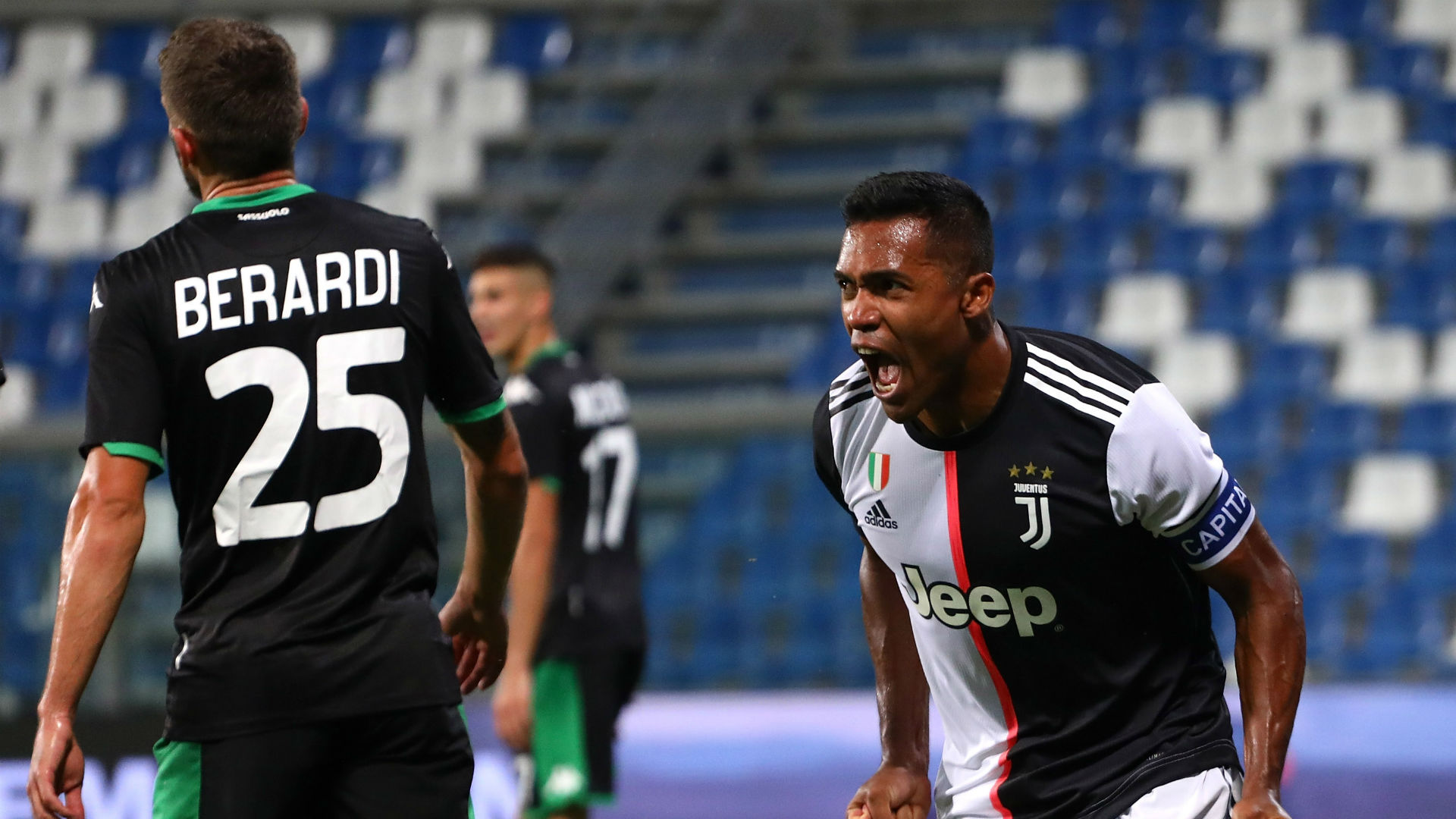 Leaders Juventus let a 2-0 lead slip as they were held to a 3-3 draw by Sassuolo in Serie A.

Juventus suffered a setback in their efforts to clinch a ninth successive Serie A title as they were held to a thrilling 3-3 draw at Sassuolo.

The Bianconeri looked to have all but sealed the Scudetto when two penalties helped them preserve a nine-point lead at the top with a 2-2 draw against Atalanta on Saturday.

Atalanta cut the lead down to six points with a 6-2 thumping of Brescia on Tuesday and Juve could be only four points ahead by the time they face Lazio on Monday after an engrossing contest saw the spoils shared.

Danilo and Gonzalo Higuain put them 2-0 up inside 12 minutes before Filip Djuricic pulled one back. Domenico Berardi levelled matters six minutes into the second half and then teed up Francesco Caputo to make it 3-2, only for Alex Sandro to secure a point for Maurizio Sarri’s men.

Former Manchester City defender Danilo bent home from Miralem Pjanic’s low corner delivery to the edge of the area and the Bosnia-Herzegovina international’s sublime throughball led to the second goal as Higuain – preferred to Paulo Dybala – converted confidently on the half-volley.

Wojciech Szczesny produced a pair of stunning saves to first deny Mert Muldur and then Berardi, but he could do nothing to prevent Djuricic from finding the top-right corner with a fine first-time finish after more good work from Muldur.

Szczesny did well to hold a drive from Berardi as Sassuolo continued to press for an equaliser, with Cristiano Ronaldo seeing a gilt-edged chance to restore Juve’s two-goal lead in first-half stoppage time deflected over.

That advantage was eradicated in spectacular fashion by Berardi as he left Szczesny no chance with a superb free-kick from the edge of the area.

And a remarkable turnaround was completed three minutes later when Berardi’s ball across the face of goal found Caputo to tap in at the far post.

Adrien Rabiot headed wide and Ronaldo shot straight at Consigli but Alex Sandro made no mistake in converting from Rodrigo Bentancur’s corner to make it three apiece.

What does it mean? Hope for Atalanta

Juve are still overwhelming favourites for the Scudetto but, if Atalanta beat Hellas Verona on Saturday, the pressure will be firmly on Sarri’s side going into the game with Lazio.

The draw ends Sassuolo’s four-match winning streak but they are still unbeaten in seven and deserve great credit for a scintillating attacking display.

Berardi was once co-owned by Sassuolo and Juve, and the Italy international reminded the Bianconeri what they are missing out on in an instrumental display.

No case for the defence

Juve would normally be expected to cruise to victory after going 2-0 up, but they never looked comfortable at the back and are without a clean sheet in five games, conceding 11 goals in that time.