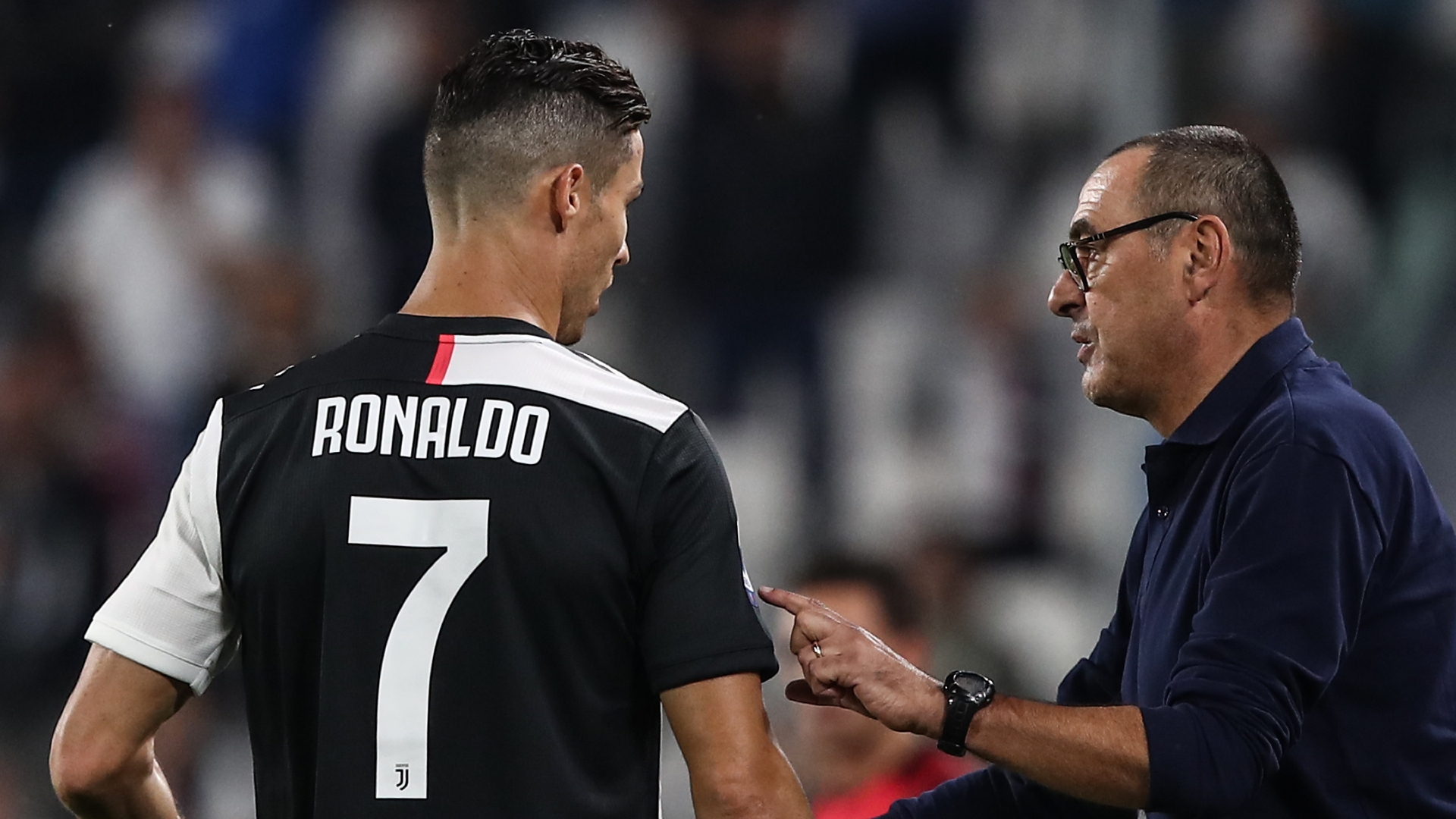 Saturday’s meeting with Roma will be the club’s fifth game in just 12 days, a situation their coach believes is unacceptable

Juventus coach Maurizio Sarri suggested that he could send out an Under-23 team in his side’s final Serie A match of the 2019-20 season in protest at what he dubbed a “huge” scheduling problem.

The Old Lady retained the Scudetto to mark a record ninth consecutive title at the weekend thanks to a straightforward victory over Sampdoria.

But the champions’ form has been anything but impressive since Serie A resumed in June, with Wednesday’s subsequent 2-0 defeat at the hands of Cagliari their third loss since football returned.

In total Juve have won just six of their last 11 outings, benefiting from similar slip-ups from the likes of Lazio and Inter to nevertheless keep hold of the league crown, with Sarri’s men suffering from a backlog of fixtures caused by the three-month interruption to the season.

And. with attentions now turning to the Champions League. the coach threatened to field a wholly altered starting XI to see out the campaign against Roma at the weekend.

“Conceding 40 goals this season might be a concern, but tonight’s game was not,” he told reporters after the final whistle on Wednesday.

“We had we injured players and we came off a championship win 68 hours ago, so it was an atypical game that should be taken for what it is.

“We must become more solid. But we are the only ones in Europe who have played five games in 12 days, the league has created huge problems for us.

“Let’s see how we are tomorrow and if it is appropriate to deploy the Under-23s on Saturday against Roma to make the best recovery.”

Wednesday also saw Cristiano Ronaldo all but surrender the chance to take Serie A’s capocannoniere title for top scorer, as the Portugal star drew a blank while Lazio’s Ciro Immobile hit twice to move to 35 for the season – four ahead of Ronaldo with just one game remaining.

The inclusion of the ex-Real Madrid legend raised some eyebrows with the Scudetto already secured, but Sarri insisted Ronaldo was ready and willing to play.

“At times Cristiano and [Gonzalo] Higuain clicked because we did create chances, but we lacked a bit of class and ruthlessness tonight,” he added.

“Cristiano was very motivated, he wanted to play because he felt good and ready to play.”

Following Saturday’s Serie A finale Juve move on to the Champions League, hosting Lyon on August 7 as they bid to claw back a 1-0 deficit from the last-16 first leg back in February.