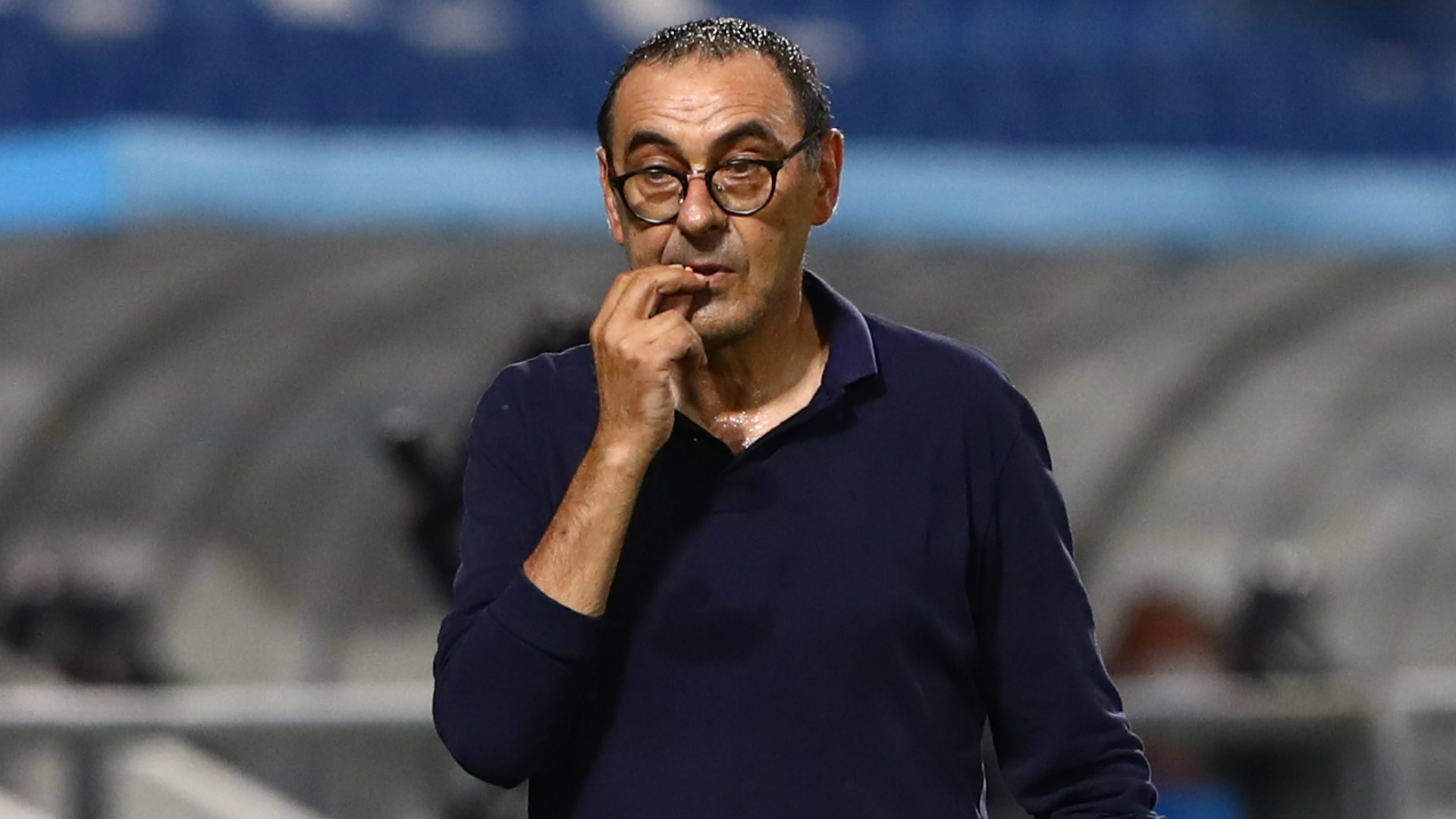 A run of one win in five matches has delayed the Turin side’s title celebrations, yet the coach is happy with their approach

Juventus‘ form has tailed off with the Serie A title in sight, but Maurizio Sarri has been encouraged by their mentality in dropping points compared to previous slip-ups.

The Bianconeri will claim a ninth straight Scudetto if they beat Sampdoria on Sunday, yet Sarri’s side let a similar opportunity pass them by against Udinese in midweek.

A late defeat meant Juve have won just one of their past five matches, also losing to AC Milan while drawing with Atalanta and Sassuolo.

However, Sarri suggests the team have made errors in recent weeks due to their efforts to keep attacking – despite fatigue amid a packed schedule.

Prior losses had seen the head coach criticise a passive approach, but he feels that is not now the case.

“The physical aspect is the same for everyone,” Sarri told a pre-match news conference. “The symptoms of physical and mental fatigue are present in all the teams.

“Emptying your head and then immediately getting ready for the next game in a few days is not so automatic and simple.

“It is a mistake that has made us lose our distances. But unlike other times when we have been in difficulty because of being passive, this time we have gone too far.

“I like this – not losing organisation but that mentality. An error like this is more easily attributed to being normal than another error.”

Sarri urged his team to continue to “play with combativeness” against Sampdoria, while he added there is no concern Juve’s focus could slip further with their Champions League last-16 second leg against Lyon on the horizon.

In fact, the coach claimed a busy domestic fixture list has prevented him from making any plans for their European tie.

“We are not doing any preparation because we are playing every 72 hours so it is impossible to do any kind of work,” he explained.

“I think we will prepare for tomorrow’s game in 30 to 40 minutes tomorrow morning because even today there will be some players who will need a few hours of recovery.

“Right now there is no one who is working physically except players who were out for a few days and can go and do special jobs.

“I don’t think about the Champions League and I don’t want to think about it. It is a fascinating competition but a team evaluates itself on the league. It is the most indicative competition because it lasts 10 months, this year 12.

“There are two weeks to the Champions League game so we now have seven or eight days to devote only and exclusively to the league without any second thought.”