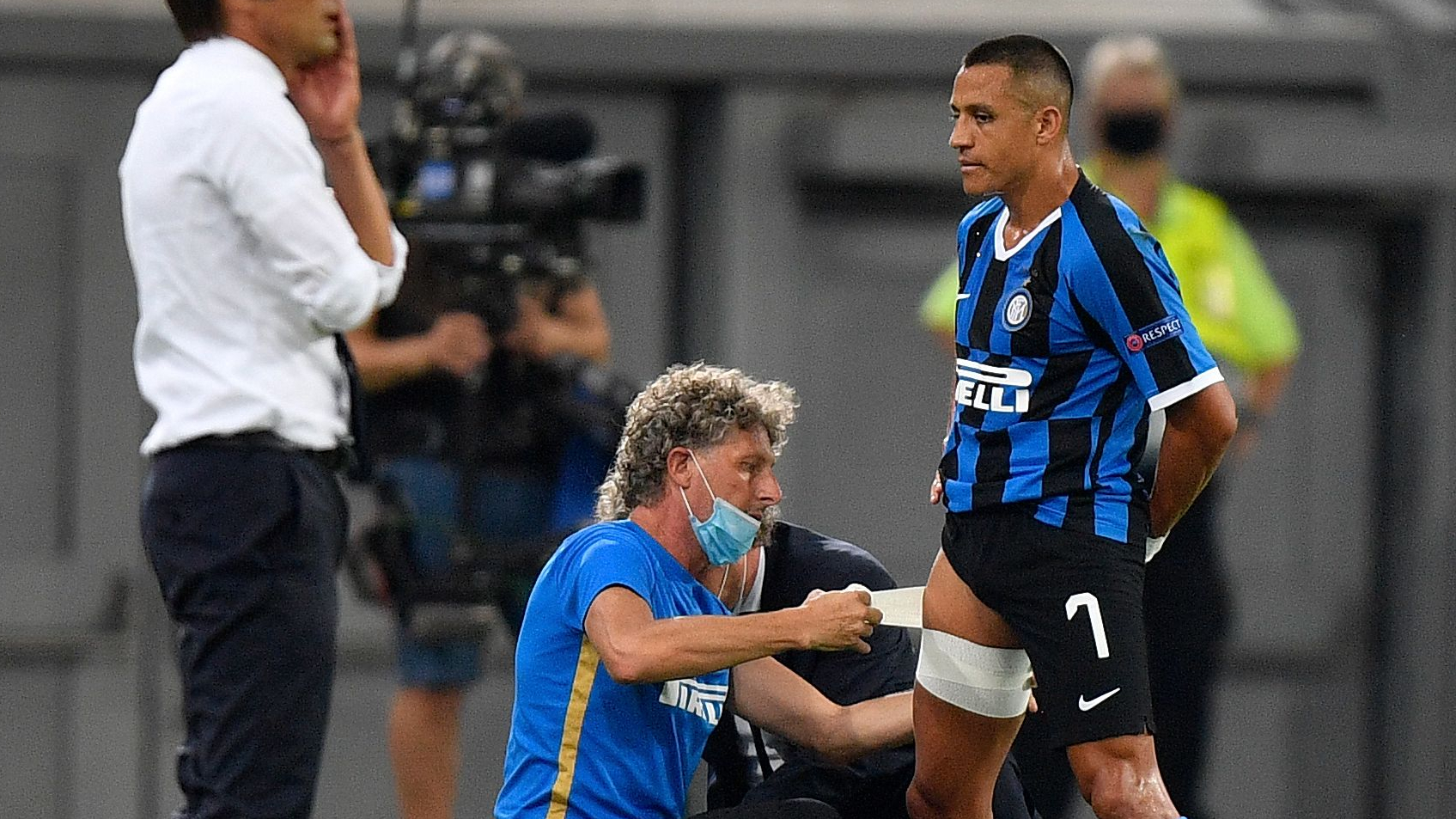 Alexis Sanchez is in doubt for Inter‘s Europa League semi-final after the club confirmed he suffered an injury during their quarter-final win against Leverkusen.

After coming on as a 64th minute substitute in the 2-1 victory, the Chilean was forced to hobble off late in the match and receive treatment on a right leg injury before completing the 90 minutes.

Inter used their Twitter account post-match to confirm Sanchez had an injury associated with his right leg – and with the club’s Europa League last-four match coming in seven days, the 31-year-old’s fitness will need to be assessed.

According to Transfermarkt, Sanchez has missed 64 games during his career through injury, with the majority of issues to do with leg and ankle problems.

Sanchez has spent the last season on loan at the San Siro from Manchester United, with the move announced as permanent last week.

His Inter side will play either Shakhtar or Basel in the Europa League semis after accounting for their German opposition in Cologne.

Nicolo Barella and Romelu Lukaku scored early goals before Chelsea target Kai Havertz pulled one back for the Bundesliga side – who couldn’t find an equaliser in the second half.

“We proved to everyone who said we weren’t a team that we are a great group and we’ve got balls,” Barella told Sky Italia.

“We could’ve killed it off earlier and rested a little more, but Leverkusen are a very strong side and caused us problems.

“Now we have proved ourselves as a team and want to reach the final. Just as we respect everyone in the competition, they have to worry about us too.”

Lukaku’s goal set a new record in the Europa League, as he became the first player to net in nine successive appearances in the competition.

However, the former Manchester United forward’s focus is not on personal achievements.

“Records are records, but the victory was so important, Leverkusen are a team with great quality and an excellent coach,” Lukaku told Sky Italia.

“The defence did a great job and in my view the man of the match was Barella, as in recent weeks he has been just fantastic, he’s everywhere.

“We’ve been clearly improving recently, we just need to finish more of our chances and kill games off earlier. Now we have a week to prepare for the semi-final.

“That is going to be another huge game and we have to be ready.”