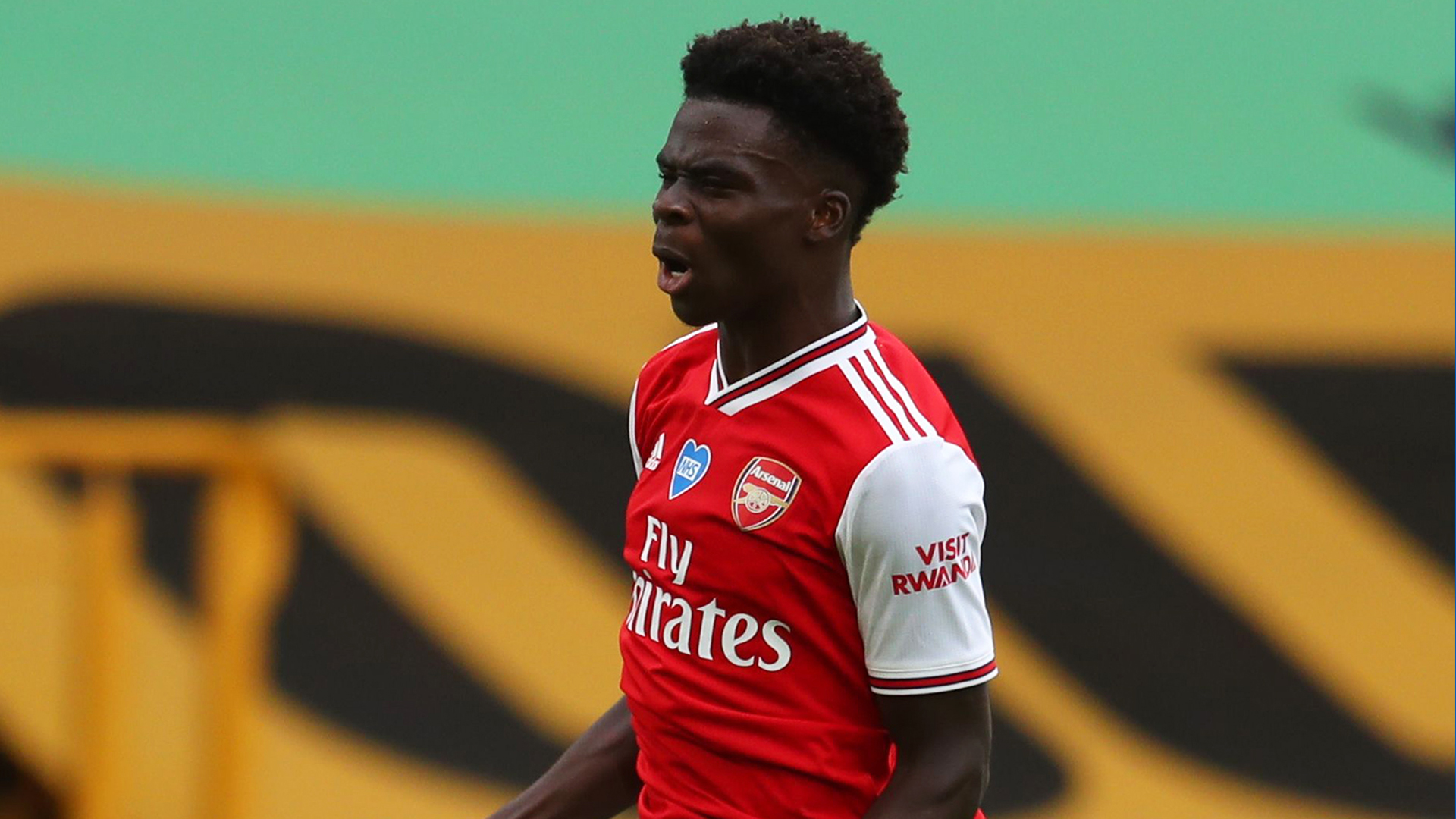 Bukayo Saka has been included in England team for their upcoming games against Wales, Belgium and Denmark.

The Three Lions will slug it out with the Welsh side in a friendly at Wembley on October 8 before taking on the Red Devils and the Danish team in Nations League outings.

Saka has been in fine form for Arsenal since breaking into the Gunners first team and last season he featured prominently as Mikel Arteta’s men finish eighth in the Premier League and also helped the club clinch the FA Cup title.

The youngster was born in England to Nigerian parents and has represented the European country at U16, U17, U18, U19 and U21 levels.

The versatile player has now been handed his senior invitation to the three Lions which could potentially end his Super Eagles chances.

Honoured and grateful to get my first @england call up ! #Blessings 💫 pic.twitter.com/YD3kx68y5L

Although Nigeria Football Federation (NFF) president Amaju Pinnick had previously stated the three-time African champions will not beg the 19-year-old to play for the country.

“Saka is an excellent prospect but we have other players in his position who are playing so well,” Pinnick said.

“We have talents everywhere so we won’t beg people to play for Nigeria. It is about ardour and fervour, If it’s their desire and they merit it, they’ll be given a chance to represent Nigeria.”

The NFF were also unable to convince Chelsea duo Fikayo Tomori and Tammy Abraham to commit their future to Super Eagles.

The federation has, however, in the past been able to persuade the likes of Alex Iwobi, Ola Aina, Shola Ameobi to switch their allegiances to the West Africans, having previously represented England.

Aina and Iwobi featured prominently as the Super Eagles finished third at the 2019 African Cup of Nations in Egypt.

Meanwhile, Nigeria will take on African champions Algeria and Tunisia in friendlies this month as part of their preparation for their Afcon qualifiers against Sierra Leon in November.