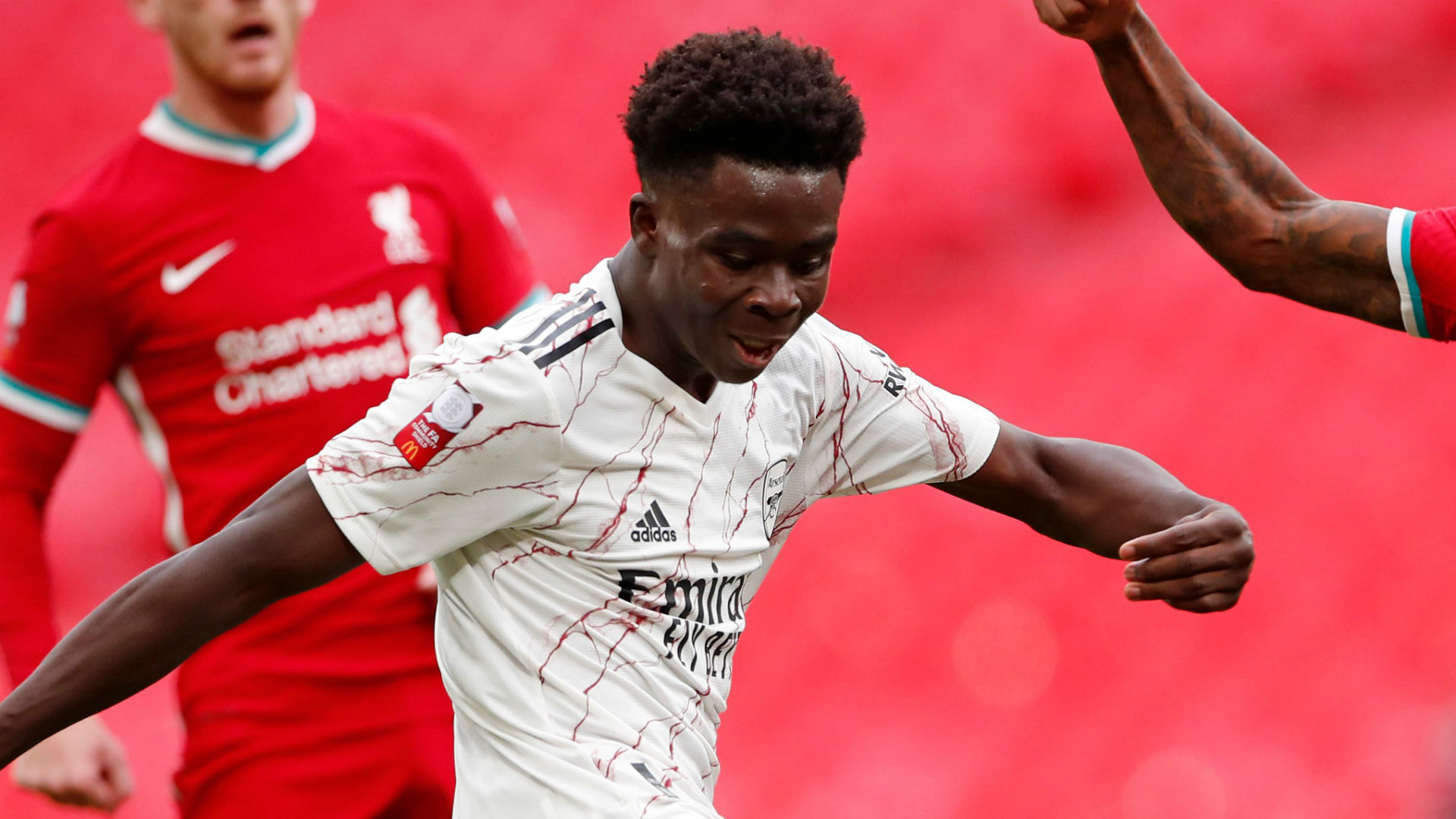 Ex-Arsenal left-back Armand Traore has offered some advice to wonderkid Bukayo Saka, urging him to stay at the club for much of his career.

The Anglo-Nigerian wonderkid starred for the Gunners during the past season, having a hand in 15 goals (four goals, 11 assists) as the North Londoners lifted the FA Cup by dispatching Chelsea 2-0 at Wembley. Saka was at his premium best again during the Community Shield against Liverpool, providing the assist for Pierre-Emerick Aubameyang’s goal, Mikel Arteta’s men ultimately winning 5-4 on penalties.

Saka had recently signed a new contract that will keep him at the Emirates until 2024, but Traore – who was with Arsenal between 2006 and 2011, making 33 competitive appearances, wants the teenager to remain there even past a decade.

“The advice I would give him would be stay surrounded by good people because I’ve suffered a lot from that [and] I’ve made really bad choices in my career. If you’re not surrounded by the right people, you will go downhill from there.

“I would tell him to stay at Arsenal. Now, if I had the chance, I would not have left Arsenal and I think I would have stayed for a few more years.

“Be patient and enjoy every time you play and work hard and be professional. Talent is not enough. I used to think that when I was younger and how arrogant I was to think that. If you can couple the talent with the hard work, he will be at Arsenal for the next decade, probably more.”

Traore went on to stress on the necessity of Aubameyang signing a new contract. The Gabon international; has one more year to run and is yet to commit. He also implored Arsenal to get Ghana midfielder Thomas Partey from Atletico Madrid.

“First of all, they need to keep Aubameyang if they want to do that [finish in the top four],” Traore explained.

“I would strengthen the central defence. I wouldn’t mind a guy like Partey in there sitting in front of the defence or somebody a bit angry. He [Partey] reminds me a bit of your Gilberto [Silva] or [Patrick] Vieira [in terms of] somebody who can go out there and give it a go.

“They’re playing good football. I’m really impressed with Arsenal at the moment, if I have to be honest.

“I think Arteta has done a great job and I can only see them doing well in the future.”