Breaking News
Home / Transfers & News / Saka, Aubameyang and Leno in the running for Arsenal Player of the Season prize

Saka, Aubameyang and Leno in the running for Arsenal Player of the Season prize 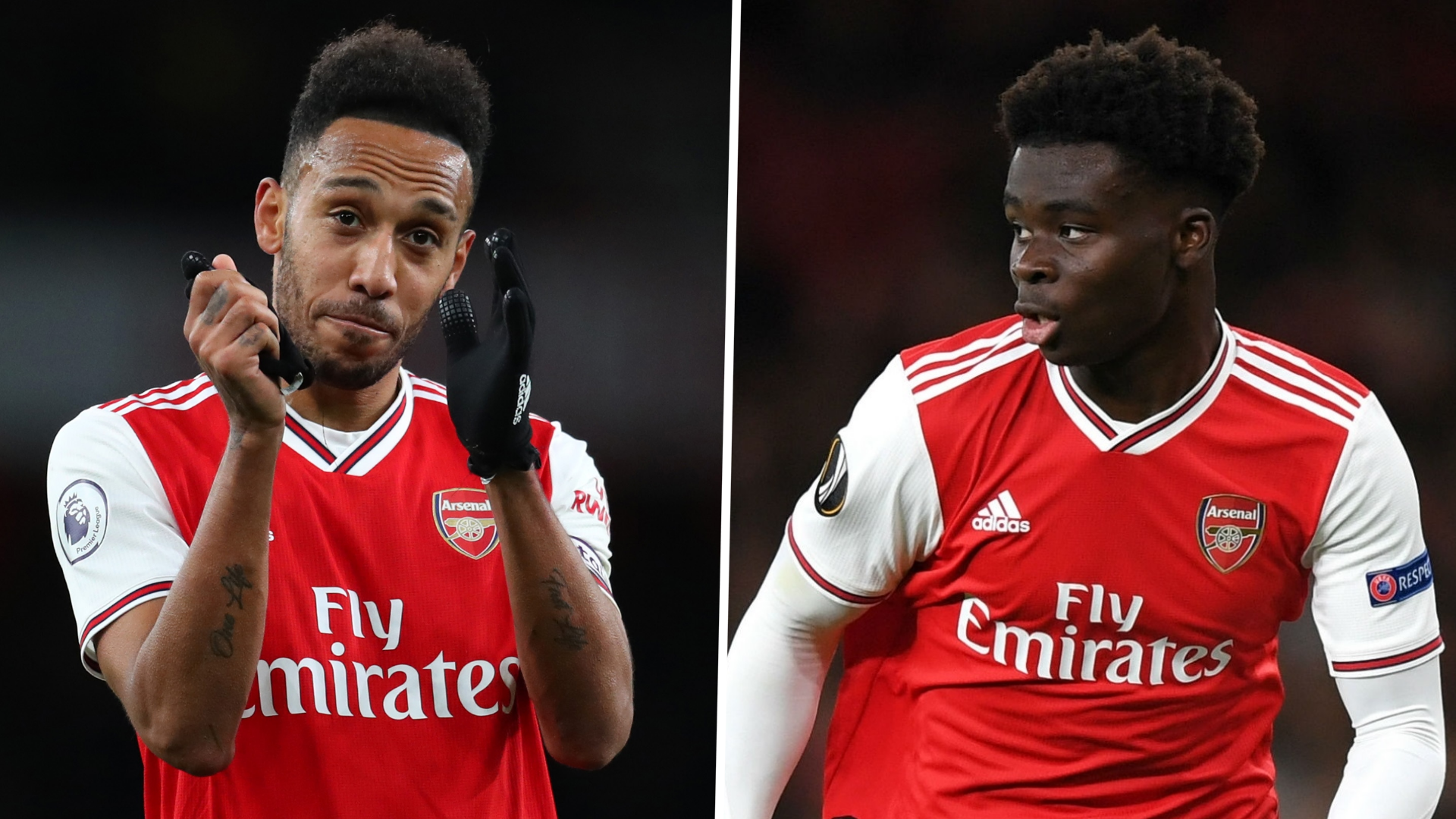 Bukayo Saka and Pierre-Emerick Aubameyang are in the running to be crowned 2019-20 Arsenal Player of the Season.

The Anglo-Nigerian and Gabon star were named in the final three-man shortlist for the annual award alongside goalkeeper Bernd Leno.

18-year-old Saka – who was promoted to the first team in 2018 –  has enjoyed a breakthrough season with the Gunners and has become a key figure in Mikel Arteta’s squad. He underlined his importance to the Emirates Stadium giants by featuring in a variety of different positions, while scoring four times and claiming 12 assists across all competitions.

In the season under review, captain Aubameyang produced an awe-inspiring performance by recording 27 goals across all tournaments.

The Gabon international ended the English Premier League with 22 strikes in 36 outings, the same number of goals he scored for Arsenal in his first full campaign in England following a move from Borussia Dortmund.

He narrowly missed the chance to retain the Golden Boot he shared with Liverpool duo Mohamed Salah and Sadio Mane in 2018-19, as Leicester City’s Jamie Vardy clinched it with 23 goals this season.

For former Bayer Leverkusen goalkeeper Leno, he was consistently one of the Gunners’ finest performers – making a string of great saves throughout the campaign until his season was ended prematurely against Brighton and Hove Albion after landing heavily on his right leg under pressure from Neal Maupay.

Winner will be decided by votes from Arsenal faithfuls. Frenchman Alexandre Lacazette was named winner of the 2018-19 season.

Nigeria prospect Saka had expressed his delight playing alongside marksman Aubameyang, whom he was watching as a teenager at the academy.

“In the academy we got tickets to watch [the first team] and I used to see him scoring goals. To now be playing with him is just amazing,” Saka told Sky Sports.

“You know he’s going to score a goal for us. He’s such a good guy who helps all the young players with advice and he’s also funny as well!”

Having finished eighth in the just concluded English topflight season after garnering 56 points from 38 games, Arterta’s side would be hoping to end the season on a high by beating Chelsea to the FA Cup title on August 1 at Wembley.