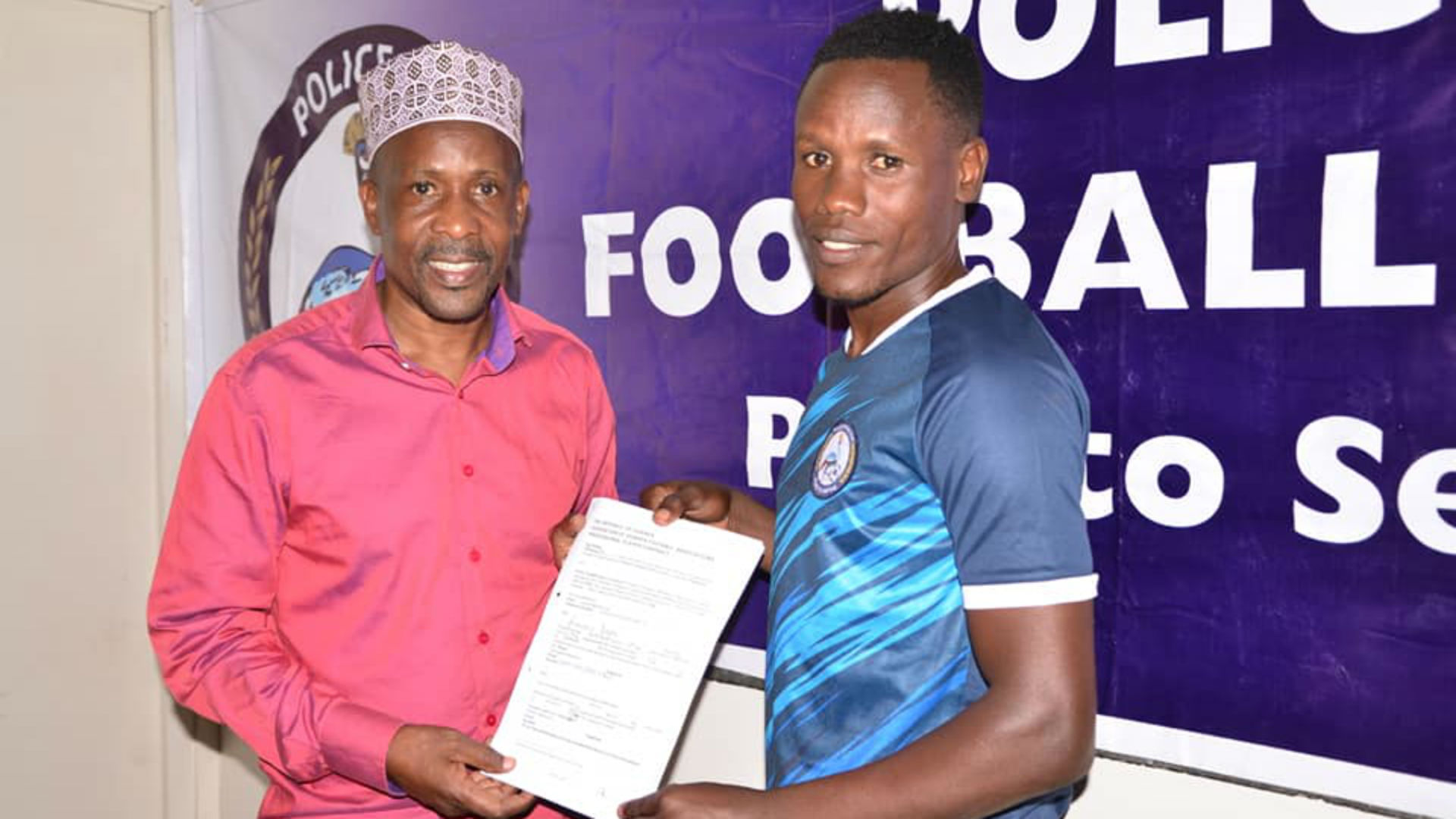 Police FC have continued with their plans to keep star players after Dennis Rukundo extended his stay ahead of the new season.

The right full-back becomes the third player to renew his stay with ‘The Cops’ after he agreed to pen a two-year contract that will see him stick with the Ugandan Premier League (UPL) club until the2023 season.

The ambitious club has confirmed the extension of Rukundo on their official social media pages by stating: “Dennis [Rukundo] has extended his stay with ‘The Cops’ for the next two years. The right full-back made the commitment on 29/7/2020 at Kibuli Sports Department Office.”

On signing the deal, Rukundo noted: “I am glad to renew my acquaintances with this historic club, we had a tough season but we are looking forward to putting the team where it belongs.”

Police coach Abdallah Mubiru, who was present when the deal was signed, said: “It’s a pleasure to have acquired the services of Rukundo again, he is a good player with experience and personality. It’s great having him on board.”

Rukundo signed for Police last season after being released by Rwandan giants APR and has previously featured for Maroon FC, for four seasons, Saints FC and KCCC FC.

His commitment to a new deal comes just a day after Police beat new league champions Vipers SC to the signing of keeper Tom Ikara from Mbarara City.

Ikara was one of the players being targeted by the Venoms and URA FC but has instead, opted to sign for the ‘Cops’ on a two-year deal.

Ikara became the third signing for Police, who have already acquired the services of experienced midfielder Tony Mawejje from Al-Arabi SC in Kuwait, and Hassan Muhamood from Onduparaka FC.

Meanwhile, midfielders Yusuf Ssozi and Johnson Odong have all renewed their contracts with the club, who have set their sight in winning major titles in the coming season.

On unveiling Mawejje a week ago, Police chairman Asan Kasingye stated they will make sure they leave a mark in the league come the new season.

“We no longer just want to compete; we need to win trophies. We are former champions and its time to think big,” Kasingye told reporters.

Kasingye added it was the right time for the team to secure sponsors because Police are a big organisation and many people want to be part of it.