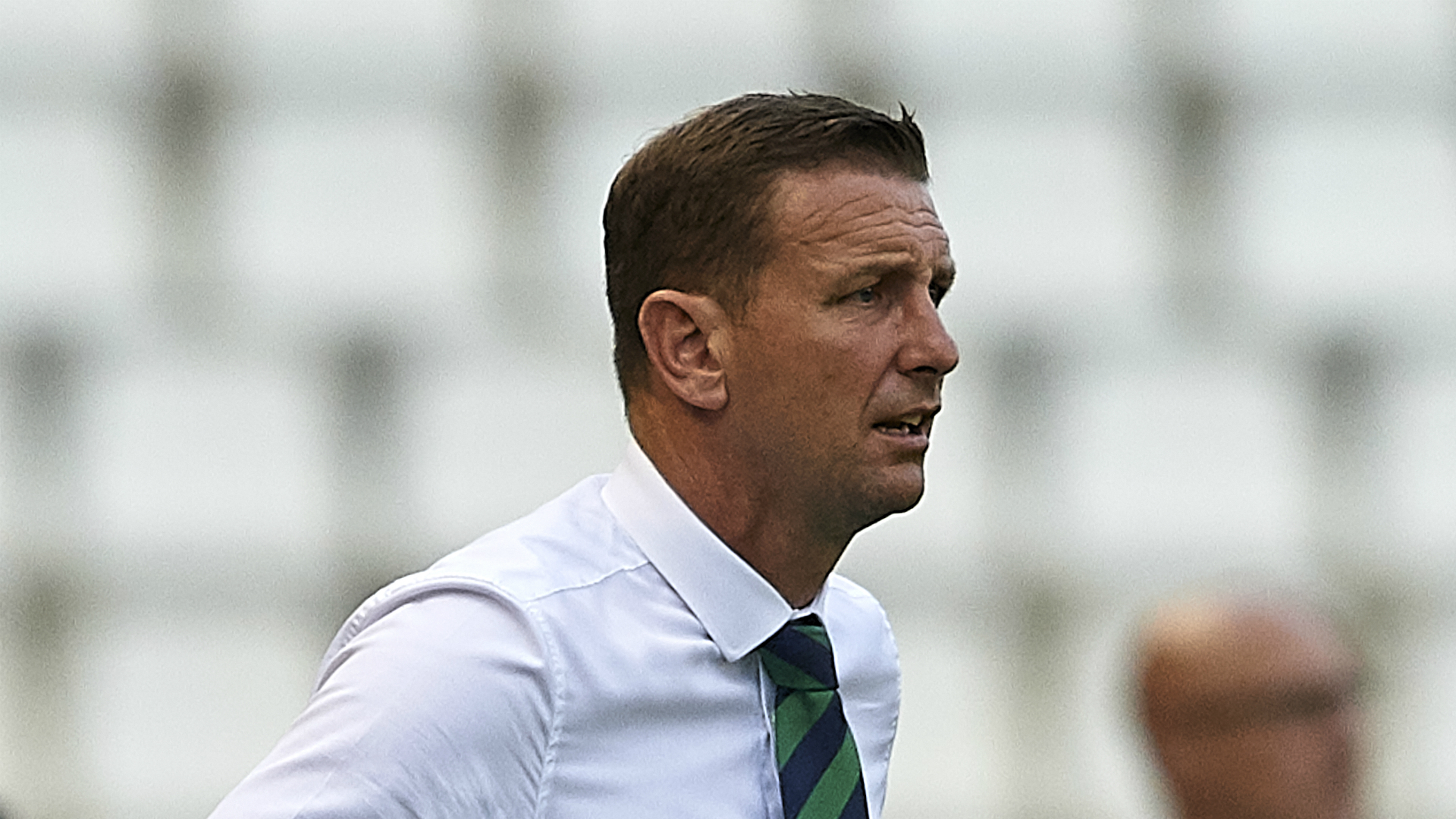 Ten-man Northern Ireland were heading for defeat in their Nations League B1 opener before Gavin Whyte popped up late on to earn a 1-1 draw.

Baraclough officially took over as head coach in June after Michael O’Neill stepped aside and his tenure got off to a dramatic start at the National Arena on Friday.

George Puscas put Romania in front after 25 minutes and Josh Magennis was dismissed shortly before half-time to make the visitors’ task all the more difficult.

But a string of impressive saves from Bailey Peacock-Farrell kept Northern Ireland in the game and Whyte headed in four minutes from time to earn his side a point in their Group B1 opener.

The home team had lost back-to-back matches without scoring heading into this contest but took the lead through Puscas’ close-range finish.

Peacock-Farrell parried a long-range Nicolae Stanciu drive into the path of Vlad Chiriches, who squared to Reading striker Puscas to steer home from three yards.

Northern Ireland’s hopes of making a winning start under Baraclough were further dented when Magennis, earlier booked for a wayward arm on Alin Tosca, was dismissed for a similar incident involving Alexandru Maxim.

Peacock-Farrell was also equal to a couple of good efforts from Puscas, while Stanciu blasted over from a promising position for a Romania side also playing under a new head coach – Mirel Radoi – for the first time.

And those missed chances proved costly as Kyle Lafferty helped on a free-kick towards the back post, where Whyte sneaked in to head past Ciprian Tatarusanu.

Inspired keeper Peacock-Farrell was called upon again in the closing stages to tip Alibec’s shot onto the crossbar and keep out another Puscas effort as the Irish snatched a point.

What does it mean? An unlikely point gained for Baraclough

Northern Ireland had their backs to the wall when a goal down and a man down, but they showed incredible resolve to keep themselves in the match and somehow snatch a point.

After losing all four Nations League matches in the previous campaign, this may well prove to be a corner turned for the Irish in a competitive group, with Austria topping the early standings after beating Norway 2-1 in Oslo.

The Burnley goalkeeper produced a number of incredible stops to keep Baraclough’s men in the game at 1-0, making eight saves in total.

Whyte grabbed the headlines with his second international goal – both of those coming as a substitute – but Peacock-Farrell was the real hero on his first competitive outing since last November.

Magennis argued that he did little wrong in both yellow card incidents, but French referee Francois Letexier had a different view.

The Hull City striker led with his arm both times and becomes the first player to receive a red card for Northern Ireland since September 2015, when Chris Baird was dismissed.

Romania travel to Austria for their second Nations League outing on Monday, the same day that Northern Ireland host Norway at Windsor Park.

2020-09-05
admin
Share
Previous Goal’s Ruben Uria sat down with Lionel Messi for a world exclusive interview where the Barcelona star detailed his reasons for staying at the club
Next Scotland 1-1 Israel: Zahavi stunner denies Clarke a Nations League win