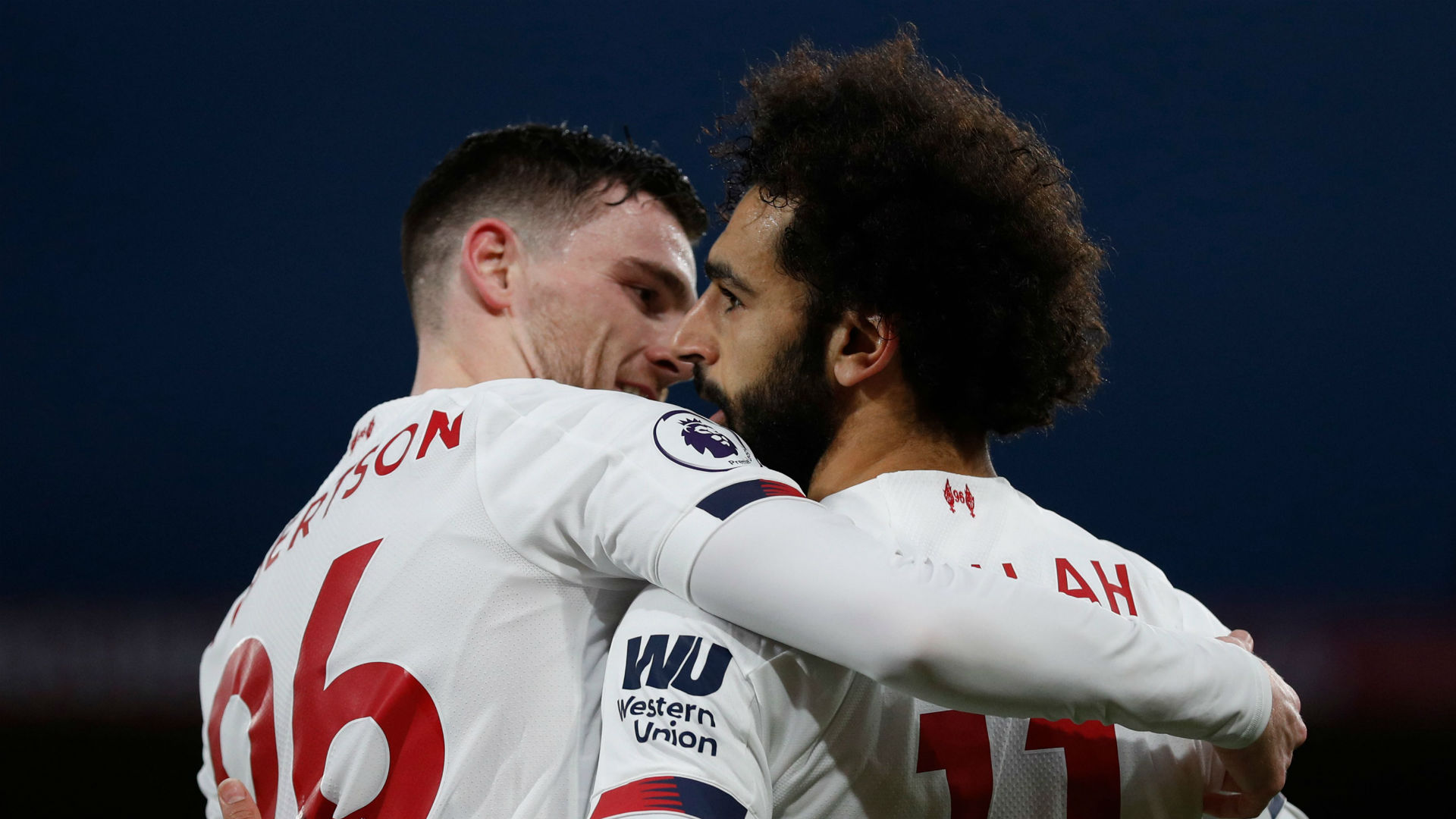 The Reds left-back has pieced together a star-studded selection made up of Anfield team-mates, but there is no place for the Egyptian forward

Andy Robertson has pieced together a five-a-side team made up of his Liverpool team-mates and taken great joy in annoying Mohamed Salah by leaving the Egyptian forward out of his side.

The Scottish full-back is among those revelling in Liverpool’s Premier League title triumph, the side’s first crown in the English top flight for three decades.

Several talismanic figures have contributed to that triumph, with Jurgen Klopp having pieced together a star-studded squad.

Salah forms part of that pack, with the 28-year-old having contributed a remarkable haul of 94 goals through his 150 appearances for Liverpool.

The forward was nevertheless overlooked by Robertson for small-sided action on Merseyside.

The Reds defender has made a number of predictable picks in his side, with there obvious choices to fill roles between the sticks and at the back.

He was blessed with a wealth of options from which to choose when it comes to attacking berths, and a player Robertson considers to be “one of the best in the world” got the nod.

Piecing together his five-a-side team on The Lockdown Tactics podcast, the 26-year-old said: “Alisson in goal for obvious reasons, you’re not getting any better than him.

“Virgil van Dijk at the back, you can’t get by him at 11-a-side never mind five-a-side, there’s not a chance.

“I’ll play a diamond and will go Bobby Firmino, technically one of the best players I’ve ever played with. Five-a-side suits him to a tee, he’d be perfect for that.

“I would put in Jordan Henderson. Technically he is one of the most underrated players I’ve ever worked with.

“People never question his hard work and all that, but when I first went into Liverpool he blew me away. Hendo technically is exceptional.

“Then I will go with the boy who plays in front of me, Sadio Mane. He brings a bit of pace, he brings the goals.”

Robertson added: “I’ll put him in ahead of Mo, just because I know it will annoy Mo Salah and that’s perfect for me!

“He actually calls me ‘decoy’ at Melwood – he doesn’t even know what it means! Sadio is one of the best in the world.”