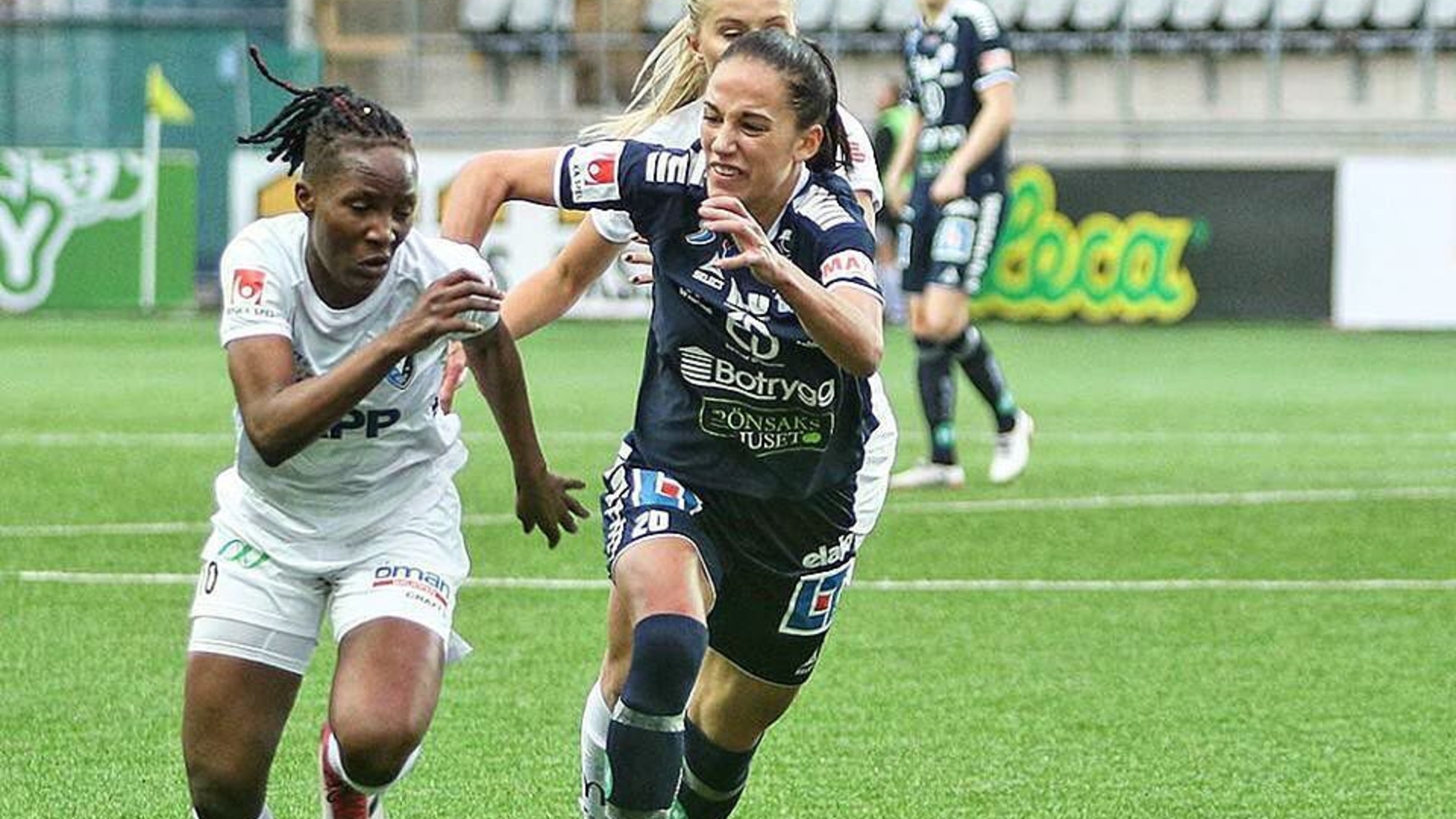 Uganda‘s Kivumbi made her seventh outing for Mallbackens since joining from Vaxjo in January, while Nigeria‘s Micheal was on her third appearance after arriving from Kvarnsvedens this winter.

Mallbackens went into the contest with the quest of ending their winless run in five successive matches, having recorded their last win this season in a 1-0 triumph against Bollstanas on June 18.

Kivumbi, who played a crucial role in Conny Johansson’s team with two opening victories, almost opened the scoring but her effort was halted by goalkeeper Tea Lundmark nine minutes into the game.

In the 16th minute, Sarah Michael, who made her first start for Mallbackens this season came close to finding the net before fellow teammate Kivumbi also saw her own chance three minutes later.

Nine minutes from the half time break, the hosts broke the resolve of their visitors when Malin Ahlberg struck to break the deadlock.

Mallbackens continued their bid to consolidate on their narrow lead but Micheal missed the chance five minutes after the restart before eventually doubling her side’s advantage nine minutes later.

However, Sanna Ohlund pulled one back for the hard-fighting visitors in the 61st minute but Frida Brostrom recovered the two-goal lead of Johansson’s team eight minutes later.

Amanda Hagelberg reduced the deficit, grabbing the second of the match for Marcus Larsson’s side 10 minutes from time but the hosts held onto their nerves to secure their third triumph of the season.

Kivumbi featured for the duration of the match along with Micheal, who has now scored her first goal of the season in three outings.

The win saw Mallbacken move to eighth on the log with 11 points after eight matches and they will seek to maintain the winning run against 12th placed Lidkoping in their next match on Wednesday.


Source link
2020-07-25
admin
Share
Previous Victor Moses bags assist as Inter Milan cruise past Genoa
Next No offers for Koulibaly, says Giuntoli, with Napoli in no rush to make a decision amid Man City reports