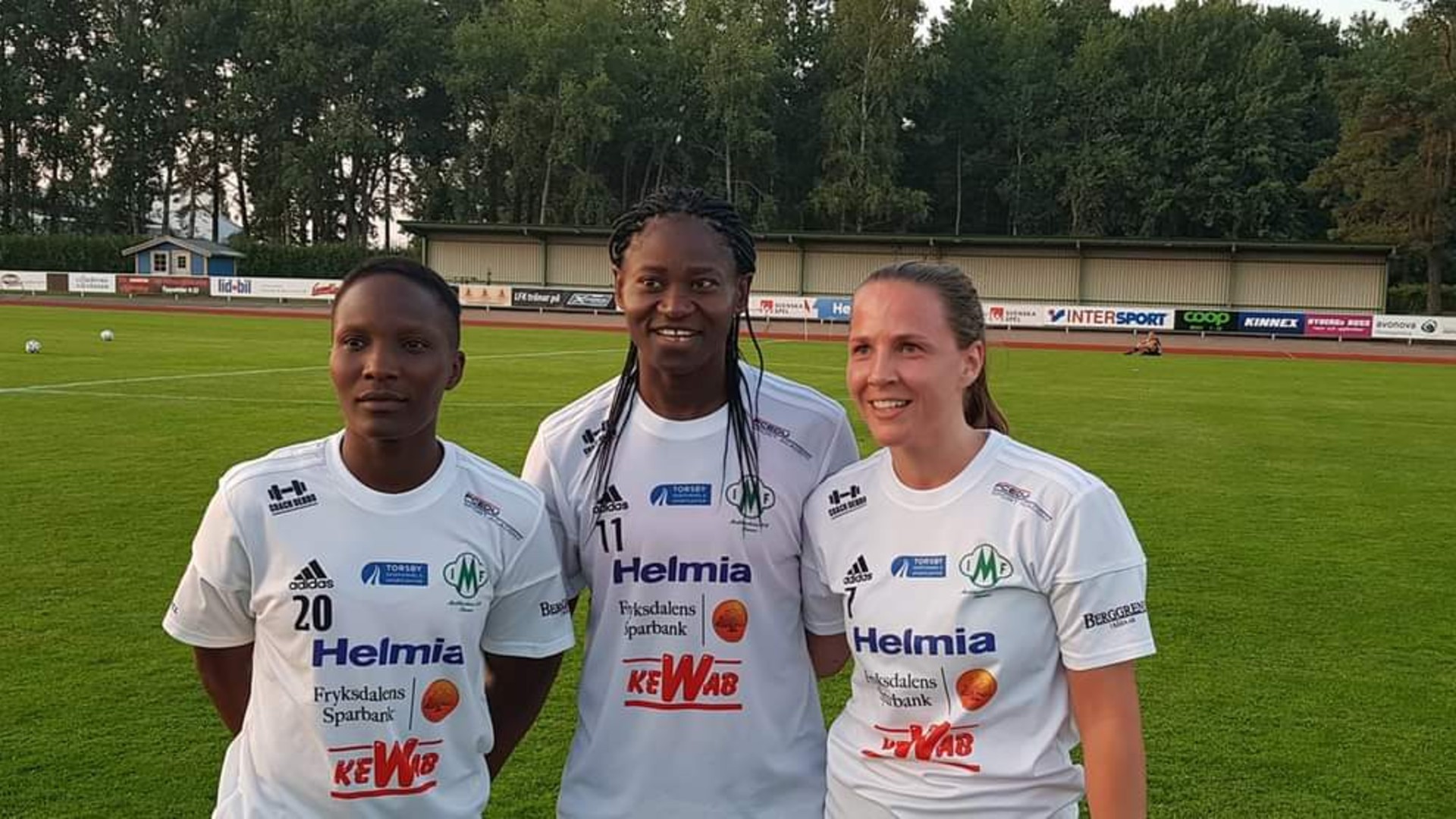 Ritah Kivumbi and Sarah Micheal scored a goal each as Mallbackens defeated Hanna Boubezari’s Lidkopings 3-0 in a Swedish Elitettan game on Wednesday.

Uganda‘s Kivumbi continued from where she left off in the first leg against Lidkopings, where she bagged a brace in their 5-3 win two weeks ago and was on her eighth appearance this term.

While Nigeria‘s Micheal was on her fifth appearance and played her part in the encounter, finding the target to ensure an away win.

Returning from a two-week break, Mallbackens aimed to extend their winning run to three games and they made a bright start to the contest when Kivumbi netted the opener after just 12 minutes.

Four minutes later, Micheal came close to extend the lead for the visitors but could not find the back of the net before she eventually managed to double the advantage four minutes after the restart.

The hosts almost pulled one back through Boubezari but the Algeria international’s attempt was denied by Conny Johansson’s team in the 52nd minute.

Mallbackens did not rest on their oars as they pushed for more and they secured the third through Emmie Johansson in the 65th minute.

Kivumbi, who featured for 62 minutes for the visitors, has now scored five goals in eight outings, while Micheal, who lasted for 72 minutes has now two goals in five games.

Algeria’s Boubezari, played from the start to finish on her 10th appearance this season but her presence could not save Kidkopings from defeat in front of their home fans.

The result saw Mallbackens move to seventh on the log with 17 points after 10 matches, while Lidkopings remain in 12th with five points from the same number of games after the fourth defeat in a row.

Mallbackens will pay a visit to fourth-placed Jibex on August 15, while Lidkopings will face off with ninth-placed Alingsas a day later.